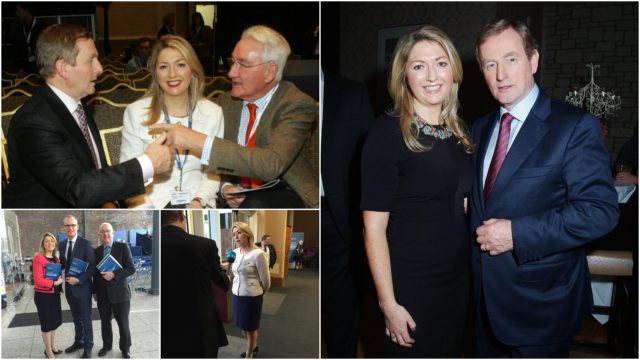 The most recent time the country went to the polls for an election was in February 2016 for a General Election.

Locally it saw the arrival of Fine Gael candidate Thomasina Connell to the political scene.

Despite coming in as a newcomer and a first-time candidate she worked tirelessly and ultimately polled very well – finishing with 5,140 votes of which 4,233 were Number 1s.

“Standing as a candidate in the General Election in County Laois alongside Minister Charlie Flanagan TD was an honour and a privilege,” she says.

“I was seen as an outsider, an unknown candidate. However, when push came to shove I worked hard and clearly connected with the local community in bringing home a huge vote.

“It was a humbling experience and I learned a vast amount about campaigning which will stand to me in the upcoming Local Election where I will stand in the Portlaoise Municipal District.”

Thomasina says she stands up for what Fine Gael is all about – honesty, integrity, decency and always giving everyone a fair chance.

“I’m an ambitious hard worker and a well known self-employed solicitor with a staff of six.

“I’m honoured to have been awarded the accolade of Laois Business Woman of the Year in 2018.

“In the Local Elections in 2019, I’m asking the community to trust in my ability, in my proven track record as a hard worker, and my unwavering ambition to deliver for the Electoral District of Portlaoise-Abbeyleix.”

Thomasina is a long-standing member of Fine Gael. From a farming background near Ballybrittas, Thomasina is now living and working in Portlaoise.

She is a graduate of UCD, a qualified solicitor and has volunteered with the Simon Community and Focus Ireland.

A supporter of the Arts, Thomasina is a member of the Portlaoise Musical Society and has been involved in various dramatic productions locally.

She is seeking your Number 1 vote in the Portlaoise Municipal District on Friday, May 24.

WATCH: Laois Community turns out in force to celebrate much loved granny on 100th birthday

Studying during Coronavirus: St Fergal’s Rathdowney student on prepping for state exams in a pandemic

WATCH: Laois Community turns out in force to celebrate much loved granny on 100th...

Studying during Coronavirus: St Fergal’s Rathdowney student on prepping for state exams in a...