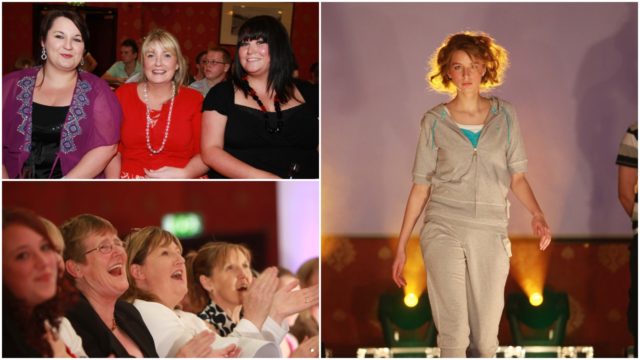 This week we take a look back at  Portlaoise CBS’s fashion show that took place in 2008. It showcased the late 2000’s trends and attracted many to the brilliant show.

A huge crowd turned on a Tuesday night in May 2008, to see the fashion show organised by the Transition Year students from Portlaosie CBS.

The students were raising money for charity and raised in excess of €7,000 for the adolescent wing of St. John’s Ward in Our Lady’s Hospital in Crumlin in Dublin. Students from Scoil Chriost Ri Portlaoise also took the cat-walk for the worthy cause.

The Heritage Hotel (now Midlands Park Hotel) provided a room free of charge for this worthy event. Hair was styled for free by six stylists from Bankz who gave their day off for the event. Make up for the models was done by parents and teachers.

The show was organised in a few weeks and everybody involved worked tirelessly to ensure its success.

As well as students, some teachers also modeled on the night. The organizers received sponsorship from many local businesses which they were very grateful for.

A raffle was also held on the night to raise money. Louise Gillson was the Transition Year coordinator who put together this special show.

Over 600 people arrived to see the show, and everybody enjoyed the evening. It was a great success.

All photos taken by Alf Harvey at this wonderful event