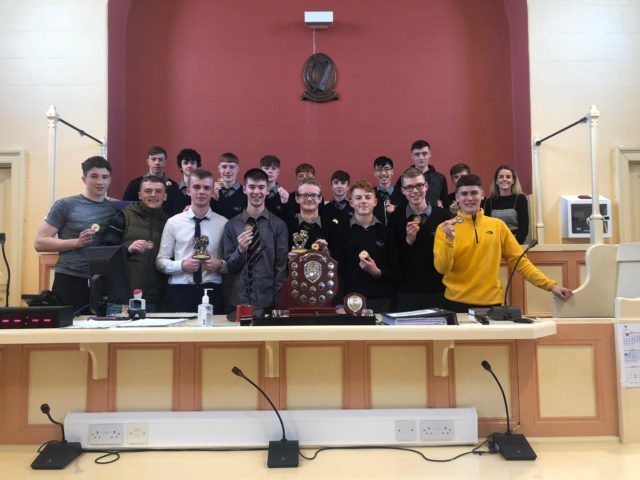 On Friday, St Mary’s CBS brought a team of Transition Year students to a mock trial competition in Loughrea.

The boys won four out of the six awards given on the day. The individual awards were given to John Davis for best actor, Eoin Moran for best speaker, Stephen Keegan for humour and Ben Holden for court reporter.

The student barristers were Darragh Barry Donnachie and Eoin Moran, while Jack Delaney was the solicitor.

The Court Reporter was Ben Holden, the Sketch Artist was Fionn Matthews and Darragh Beere was the Court Registrar.

The boys were put through their paces with two rounds and ended up going through to final which they won.

The CBS boys were complimented on their energy and enthusiasm as a group.

Well done to them and their very proud teacher Ms Hyland! 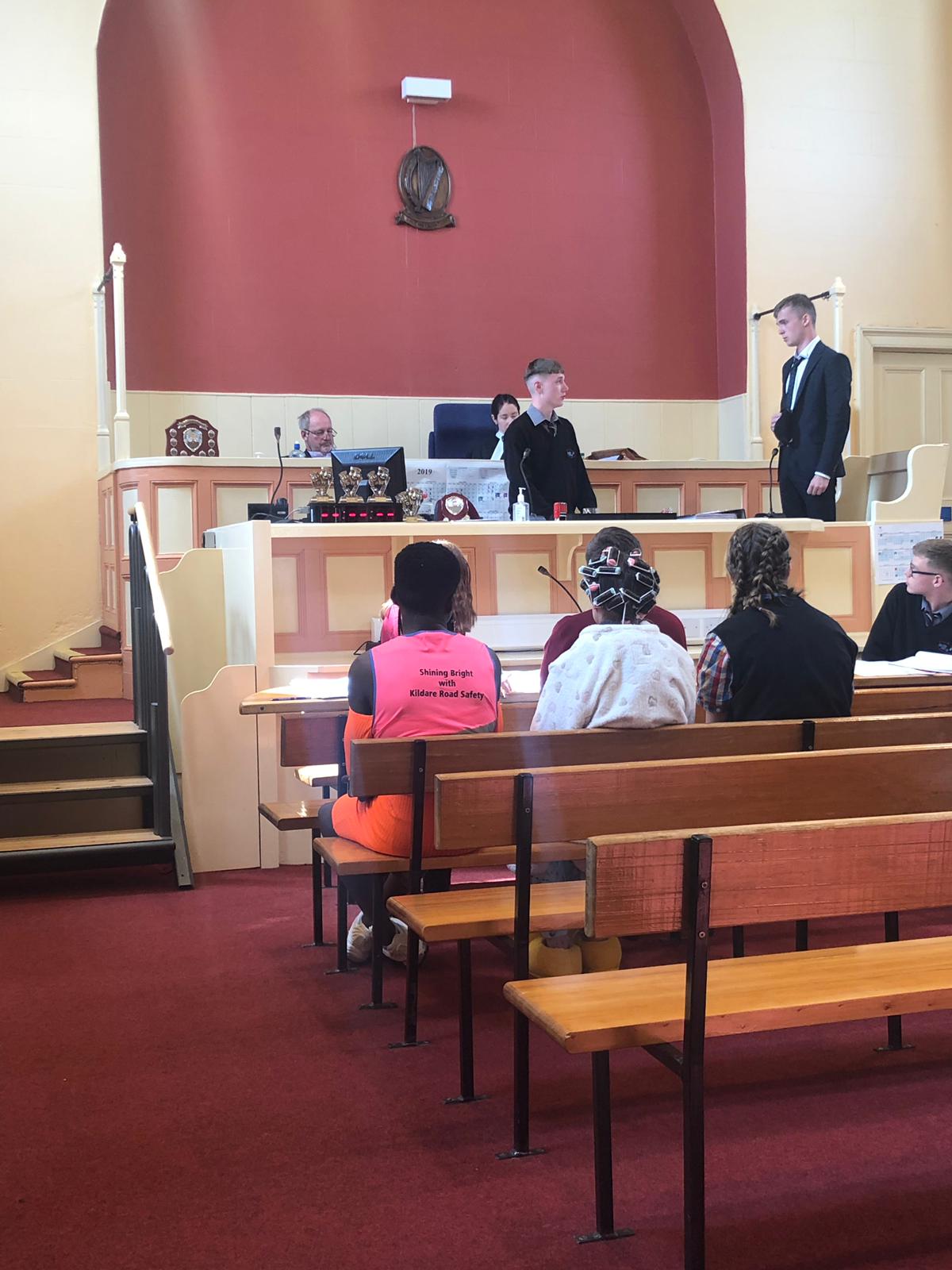 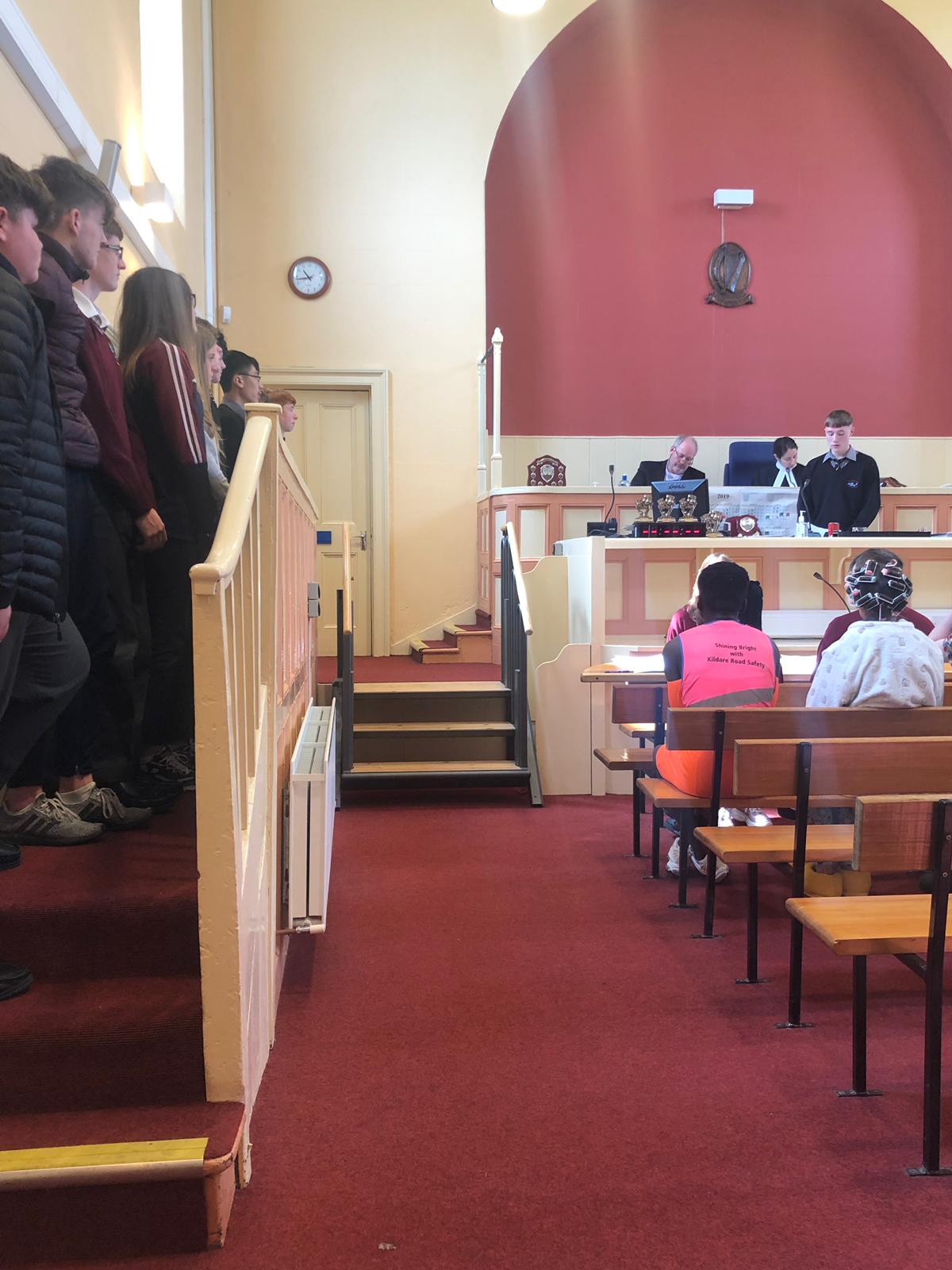 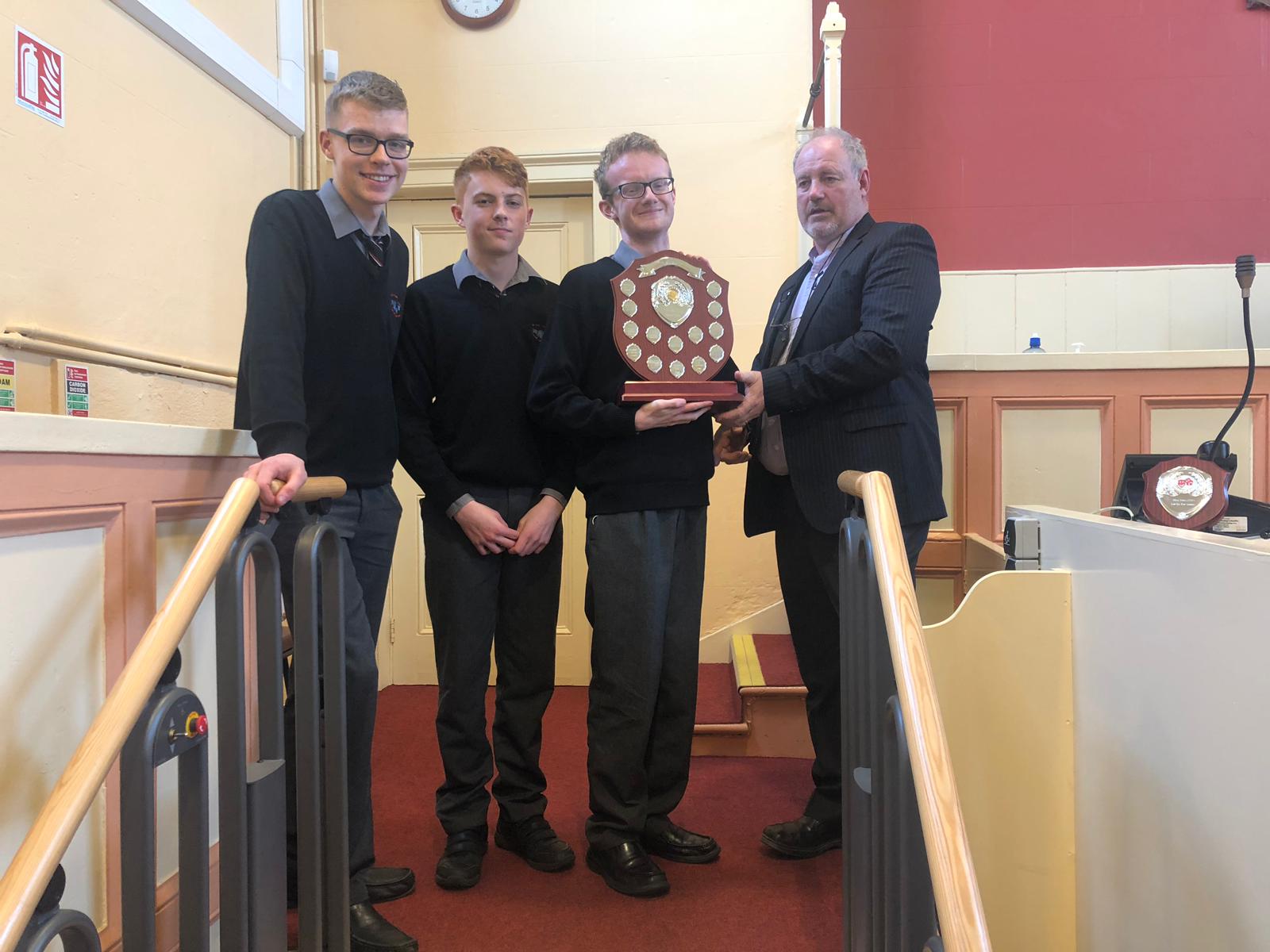 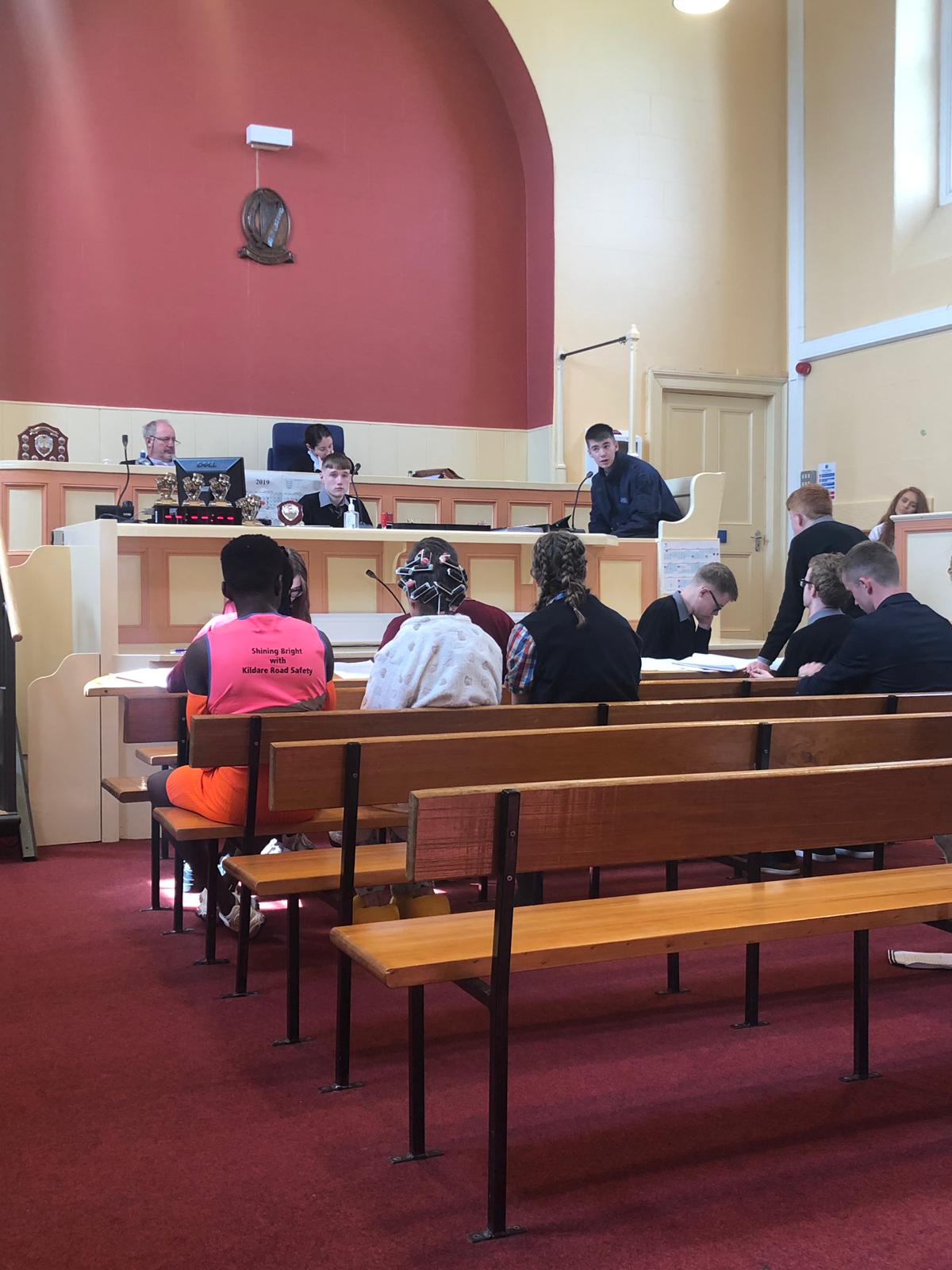 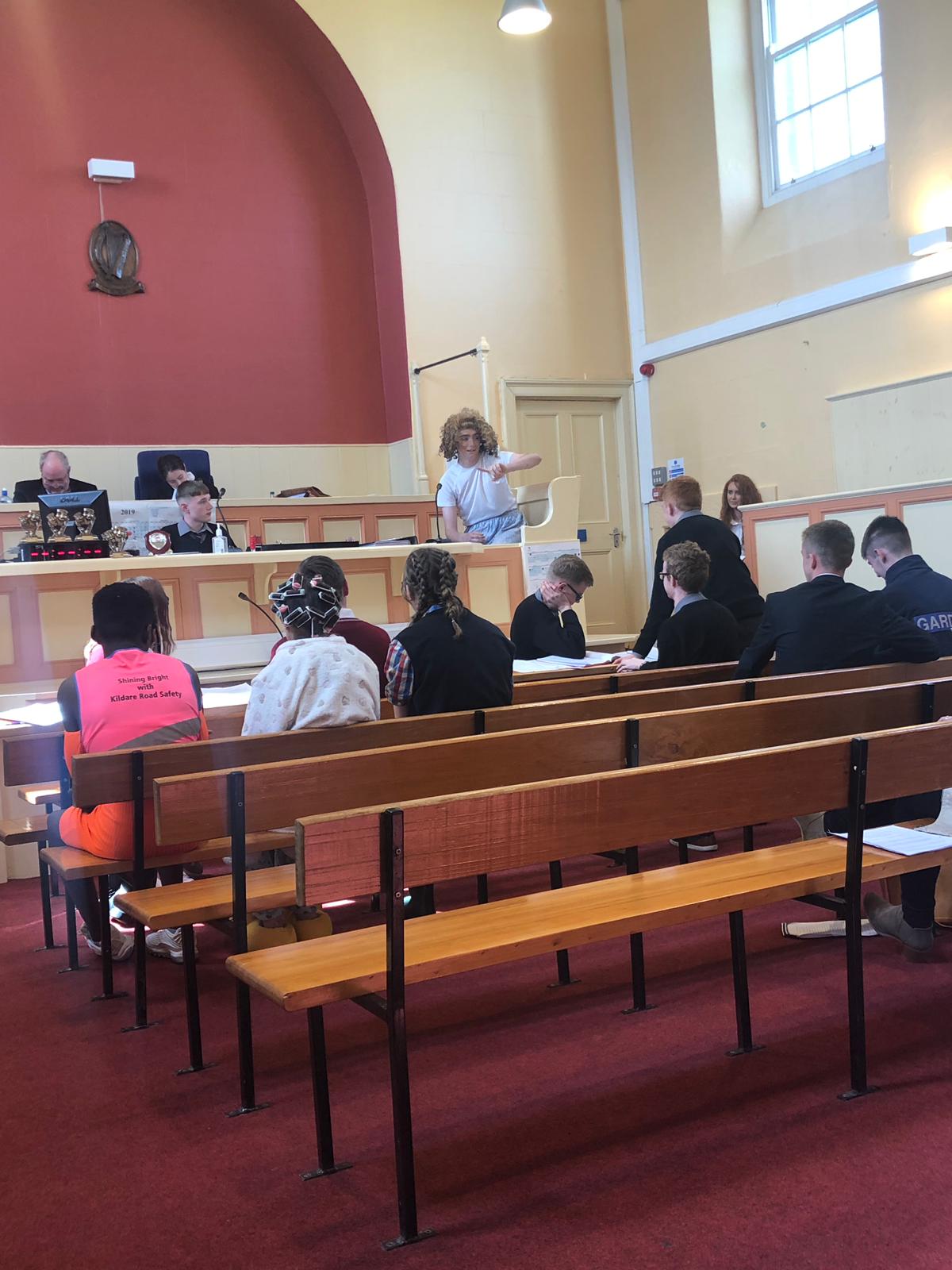