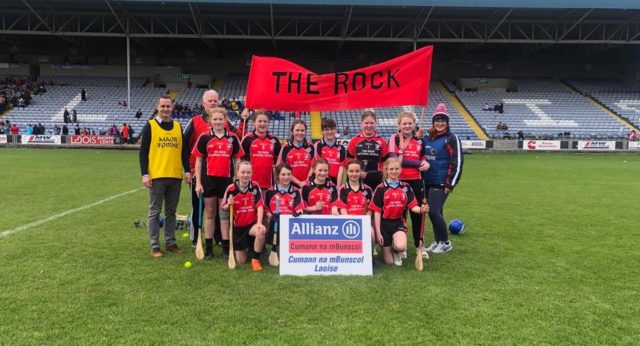 Camogie is definitely on the rise in both Scoil Naomh Eoin Killenard and The Rock NS and this is evident in the level of skill shown in O’Moore Park this morning.

Scoil Naomh Eoin captain Sinead Slevin sent in a dazzling long ball into Sophie Tallon for the Killenard side to grab the first point of the game.

However The Rock’s Emer Conroy grabbed this advantage back from the next puck out – slotting over a fine point to make it level.

Conroy came back again with a goal to send her Rock side into the lead for the first time with two points the margin in The Rock’s favour.

Conroy launched another attack resulting in a point for Rock NS – bringing her side’s tally and her own personal tally to 1-2.

After a number of unfortunate wides, Scoil Naomh Eoin hit back.

Sophie Tallon was the player who smashed the sliotar in back of the net on the cusp of half-time to leave just a point between the sides at the interval. 1-2 to 1-1.

Conroy continued her scoring magic with two points after the break, asserting her dominance throughout the game. A Conroy pass set up Rachel  Heffernan for The Rock’s second goal to further increase their lead.

Joint captain Ciara O’Neill handpassed in the next goal for The Rock, while converting a close-range free to make it 3-5 to 1-1 in favour of the red and black.

O’Neill lodged in another goal from a long-range free, followed by a second goal for Rachel Heffernan but Scoil Naomh Eoin refused to give up.

Two goals – one from Sophie Tallon and a free from Sinead Slevin cut back the deficit but Conroy and O’Neill continued to push on – racking up a tally of 4-8 between them.

The Rock finished on top after 40 minutes of scoring action from both sides winners on 6-8 to 2-3. 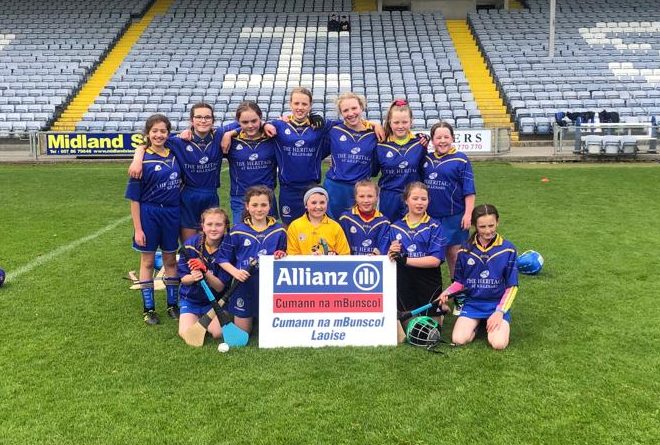