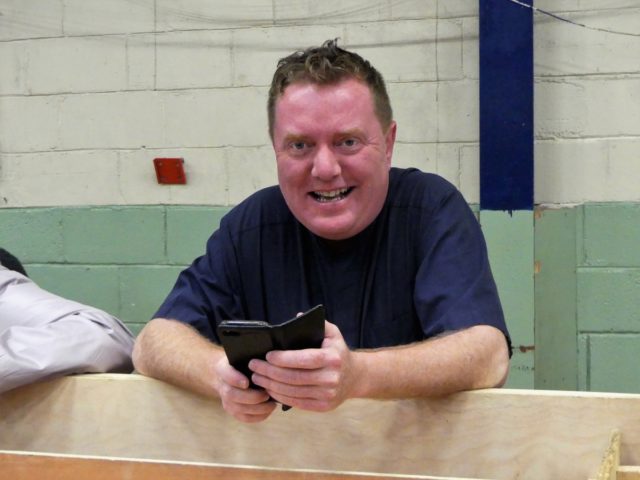 Popular Portlaoise priest Fr Paddy Byrne is set to leave for a new role as parish priest in Abbeyleix, also taking in Shanahoe and Raheen.

Fr Paddy has become a major part of local life in Portlaoise since taking up his position seven years ago.

Hugely involved in many initiatives around the town, one of his big achievements was taking over as chairman of the board of management of St Francis school and overseeing the start of a brand new school on the site of the former CBS primary school on the Borris Road.

As well as that he was also the very busy chaplain to Portlaoise General Hospital.

Poignantly he will be replacing his close friend Fr John Cummins in Abbeyleix, who died tragically in an accident earlier this year.

Fr Paddy, who is originally from Carlow town, has a high profile, writing a weekly column for a number of outlets including LaoisToday and the Irish Catholic.

He’s also contributed regularly to RTE and Newstalk, is prolific on social media with almost 16,000 followers on Twitter and published a best-selling book last year on his life and times, titled All will be Well.

He featured on Virgin Media’s documentary on Portlaoise The Town which aired in the autumn of last year.

“It’s a big change and although I’m leaving Portlaoise with a heavy heart, I’m really excited about getting to know the people of Abbeyleix and Shanahoe and Raheen.”

Shanahoe and Raheen have been without a parish priest since the retirement of Fr Michael Kelly and will now come under the remit of Abbeyleix.

“I’ve absolutely loved every minute of my seven years in Portlaoise,” he added.

“I’ll also miss Monsignor Byrne – I’ve learned so much from him in my time here and he will remain a good friend.”

Having taking up running in recent times, Fr Paddy is looking forward in immersing himself in his new community. “One of the first things I’ll be doing is joining the athletic club in Ballyroan.”

He will be replaced in Portlaoise by Fr Ciprian Matei, a Romanian priest.

Fr Paddy’s appointment was announced by Bishop Denis Nulty this afternoon as part of a number of changes across the diocese.

“I wish all the priests every blessing in their appointments this year and thank them for engaging so positively with the process,”  said Bishop Nulty in his statement.

“As always, I encourage every parish to put prayer for vocations at the heart of their Sunday liturgy.

“I thank the lay faithful of our diocese who are so welcoming, encouraging and affirming of our priests. No one likes change, so I ask you to encourage and pray for those involved in this years changes over the coming weeks.”