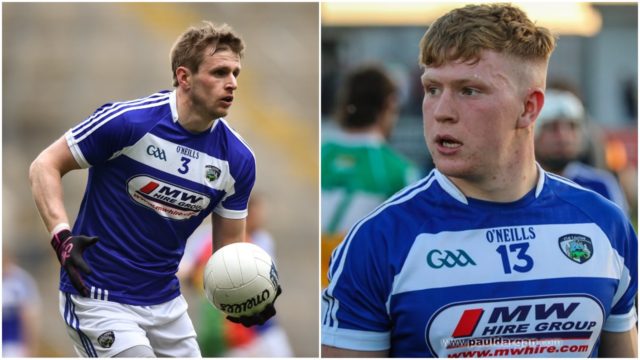 This weekend is a potentially season defining one for the Laois senior footballers and hurlers with massive games in the Leinster championship and Joe McDonagh Cup on the horizon.

Eddie Brennan’s Laois senior hurlers can qualify for the Joe McDonagh Cup final with a game to spare if they can win against Kerry on Saturday at 3pm in Tralee.

That would put them on six points after three games and mean that only one other team, Westmeath or Antrim, could join them on that total by winning their remaining games.

But the hurlers have been dealt a blow as Rathdowney-Errill forward Mark Kavanagh sustained a suspected knee injury in training.

The severity of the injury is not yet known but it is understood that he will not be able to play against Kerry on Saturday.

Meanwhile, it is also believed that Borris-Kilcotton forward PJ Scully is no longer part of the panel.

In better news, Slieve Bloom’s Ben Conroy, who suffered a cruciate knee ligament injury in October last year, has now recovered and is in contention to play in Tralee on Saturday.

John Sugrue’s Laois footballers are one step away from their second successive appearance in a Leinster final and standing in their way this Sunday in Croke Park is Meath.

Full back Mark Timmons is definitely out as the Graiguecullen man suffered a broken hand in the opening seven minutes of the quarter final win over Westmeath two weeks ago.

However, captain Stephen Attride and fellow defender Trevor Collins are believed to be back in contention for a place in the squad following ankle and hamstring injuries respectively.

Donie Kingston was only fit enough for a ten minute cameo against Westmeath a fortnight ago but he should be in a better position now.

Laois face Meath on Sunday in Croke Park as part of the double header involving the other Leinster semi final between Kildare and Dublin.

The Laois-Meath game throws in at 2pm with Dublin-Kildare at 4pm.