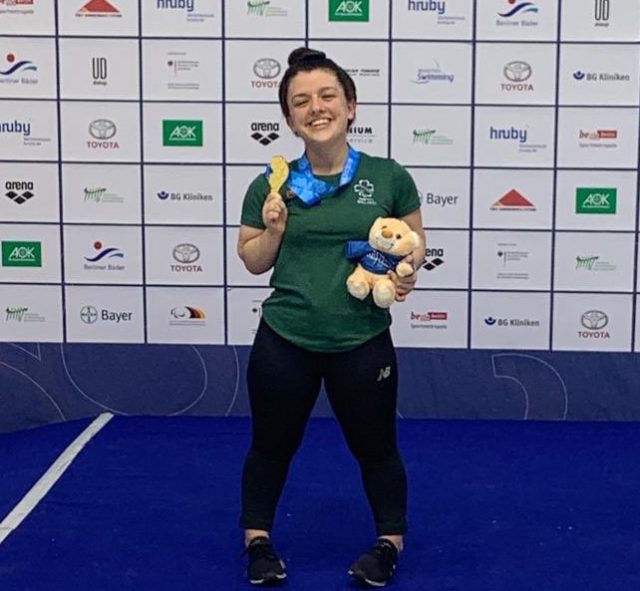 Laois Paralympian Nicole Turner has brought home a haul of three medals back to Portarlington with her after the final leg of the Para Swimming World Series in Berlin.

Nicole started off this competition getting to the 100m Breaststroke final, where she recored her best time of the season to date with a 1:45:88 to finish sixth overall.

Undoubtedly her highlight of the competition came after he won the Gold medal in the 50m Butterfly junior competition.

Sixteen year old Nicole has Achondroplasia, which causes dwarfism, and has previously competed in the 2014 Paralympic Games in Brazil. Aged only 14 at the time, she qualified for an amazing five finals in Brazil.

The Colaiste Iosagain student Sixteen year old Nicole has made such an impact on the sport that she is one of eight Irish athletes who are ambassadors for Dare to Believe, which is organised by the Olympic Federation of Ireland.

Nicole is among athletes such Olympian Thomas Barr (Hurdles) and World Champion Kellie Harrington (Boxing), which aims inspire the young people of Ireland to “Dare to Believe” in themselves.

Nicole’s performances are continuously on an upward curve.

The General Election, Safaris and Job interviews – It’s all in our Tweets of the Week