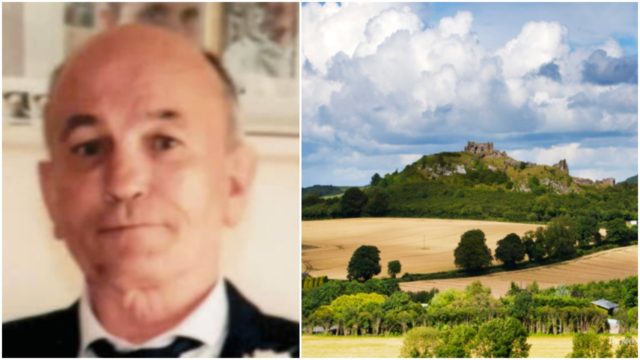 Gardai and members of the Defence Forces have sealed off the Rock of Dunamase as they are searching for a missing man who may have been ‘killed’ and ‘buried’ there.

According to the Irish Sun, the search began on Tuesday afternoon after a woman made the startling claims in relation to William Delaney.

56-year-old William Delaney, who is originally from Tipperary, went missing from the Portlaoise area on Wednesday January 31.

Gardai issued a missing persons report on March 12 but on Tuesday June 18, a woman walked into Portlaoise Garda station where she claimed he had been killed and buried in a shallow grave at the Rock of Dunamase.

According to the paper, the woman made the statement after she was contacted by a man at a funeral who confessed what he had done to her.

The Rock of Dunamase was sealed off on Tuesday afternoon as Gardai and the Defence Forces comb the area in search of Mr Delaney.

A source close to the investigation told LaoisToday: “When a statement like this is made, we must thoroughly investigate it.

“So far, nothing has been found but the search may well last for a number of weeks.”

LaoisToday has made repeated attempts to contact the Office of Public Works, who manage the Rock, but has so far failed to receive a response.

The search for Mr Delaney was suspended last night but has resumed once again this morning with road blocks in place around the Rock of Dunamase once more.