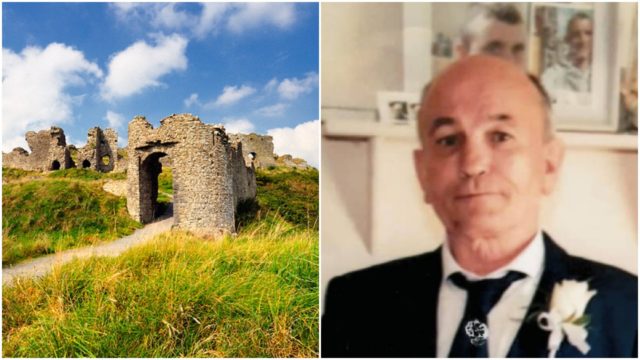 A man and woman have been detained by Gardai this Thursday evening on suspicion of murder in relation to the investigation into the whereabouts of 56-year-old William Delaney, who has been missing from Portlaoise since January.

It is understood the male is aged in his 30s while the female is a teenager.

Gardai have been searching for a body at the historic Rock of Dunamase in recent days since receiving a tip-off on Tuesday.

Roads around the Rock of Dunamase have been sealed off since Monday as Gardai and members of the Defence Forces have been searching the area.

William Delaney, a native of Tipperary but resident in Portlaoise in recent times, went missing on January 31 and the Gardai issued a missing persons report on March 12.

LaoisToday has made repeated attempts to contact the Office of Public Works, who manage the Rock, but has so far failed to receive a response.

The search for Mr Delaney has been suspended tonight but is set to resume once again on Friday morning.