There’s not too many people reach their 100th birthday but that’s what Jack Kelly will celebrate today.

From Portnahinch, just outside Portarlington on the Laois-Offaly border, he got an early birthday present on Thursday evening when a number of members of the Laois football panel visited Jack in Oakdale Nursing Home to wish him well.

Jack is a massive Laois supporter and was thrilled to be presented with a signed Laois jersey with the number 100 on it by captain Stephen Attride.

As well as Attride, among the players to visit Jack were Portarlington’s Colm Murphy and Robbie Pigott, Timahoe’s Brendan Quigley, Sean O’Flynn from Courtwood and Graham Brody and David Seale from Portlaoise.

The players were also accompanied by Bryan Breen who is part of the team management and Laois GAA PRO Pat O’Sullivan.

The idea of the jersey presentation came from Oakdale Nursing Home staff member Orla Bracken, who is a neighbour of Jack’s and married to Mark Farrell, who drives the team bus for the Laois footballers.

Some of the players have visited the nursing home before and Jack has been to watch Laois train in O’Moore Park but on meeting Graham Brody, Jack instantly said, “Brody – the goalkeeper. You’ve an unusual way of playing!”.

Jack’s observation drew laughter from Brody’s team-mates who take on Derry this evening in Round 1 of the All Ireland qualifiers.

A massive Laois supporter – who can recall games from the 1930s when Laois won three Leinster titles in a row, 1946 when they won their last Leinster championship prior to 2003, the league success in 1986, the Micko years and up to the current day.

He played with a now defunct North Portarlington team in his younger days but was an O’Dempsey’s club man. And he classifies Jack Kenna, who he has invited to his 100th birthday party on Sunday, as among the best Laois players of all time.

Others that come in for high praise are the Delaney brothers from Stradbally, the Haughneys from Graiguecullen, Tommy ‘The Boy Wonder’ Murphy, Ballylinan’s Fintan Walsh and Tom Prendergast from Portlaoise.

Jack is the first resident of Oakdale Nursing Home to reach their 100th birthday – and a card and cheque from President Michael D. Higgins is on its way! 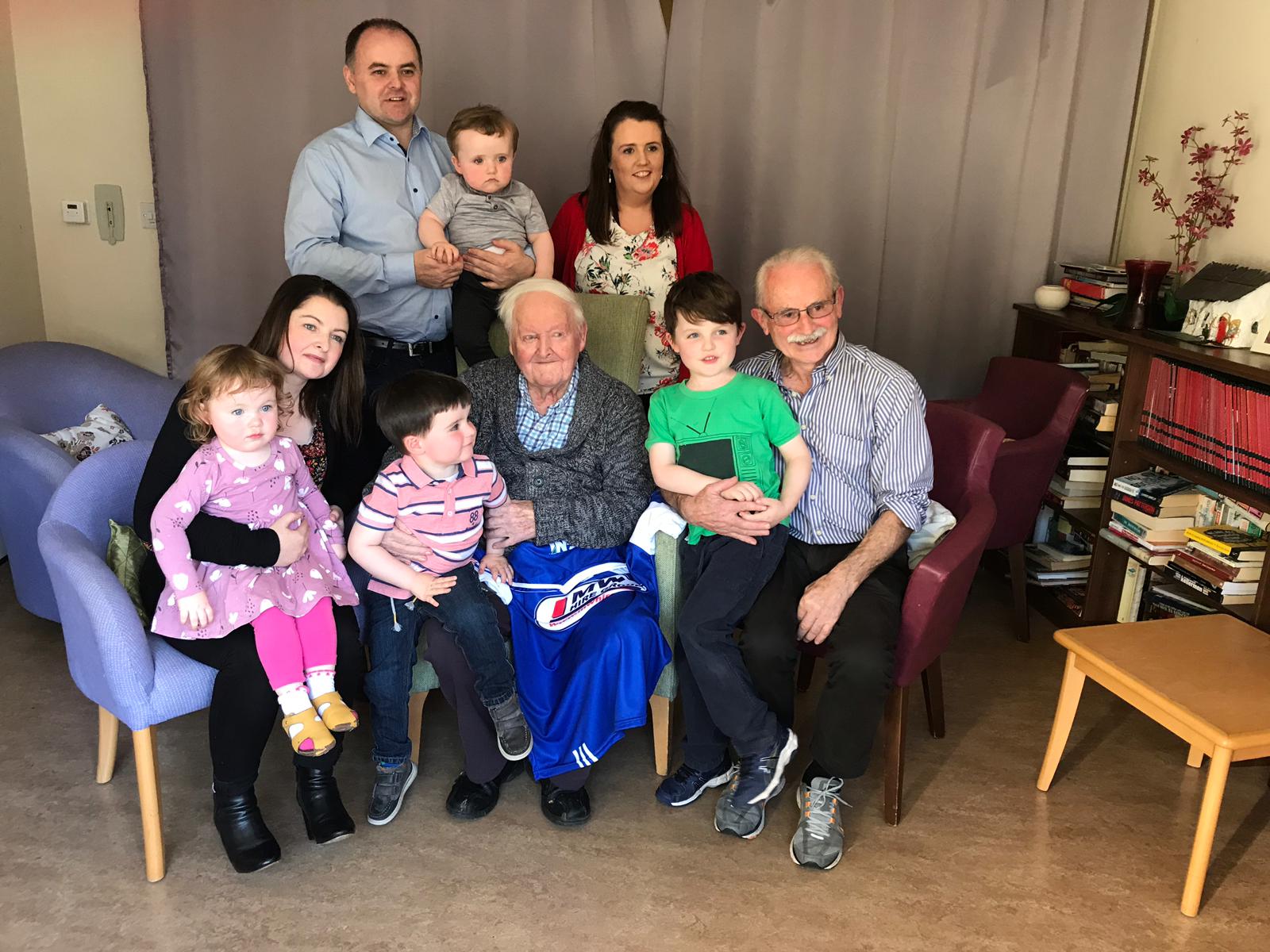 Jack’s wife Mary Kate died in 1979 at the age of 56. She had been sick for a number of years prior to that and was minded by Jack in their home in Portnahinch.

Jack and Mary Kate had one daughter – Ann – who married Jim Cox from nearby Cloneygowan. They moved with their young family to Melbourne in Australia in the early 1990s. Ann sadly passed away in Australia in 2011.

Also present on Thursday for the mini-celebration was Jack’s grandson David Cox, his wife Claire and their children Jack (3) and Charlie (18 months) as well as Jack’s son-in-law Jim Cox, Jack’s grand-daughter Louise and her children, James (5) and Maggie (2).

David and his family live in Tullamore while Louise has travelled from Australia for the birthday celebrations. Two more of Jack’s grandchildren – Kevin and Barry – live in Australia. 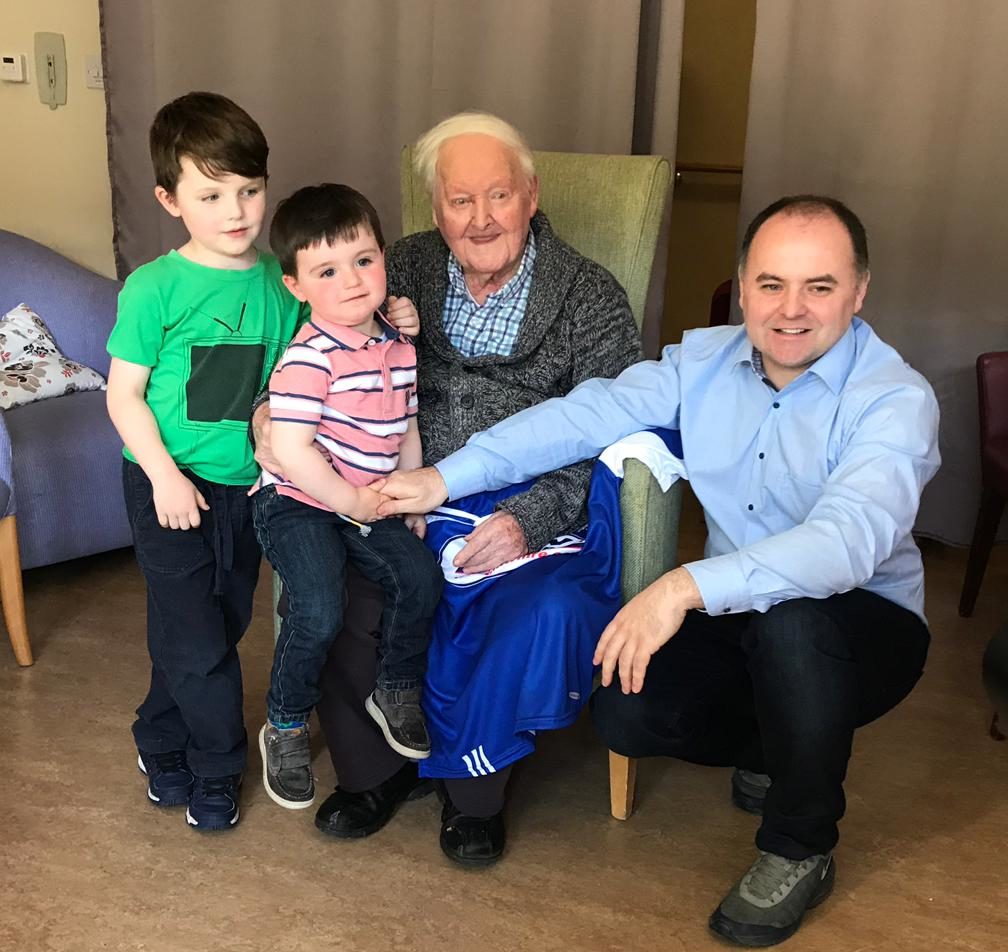