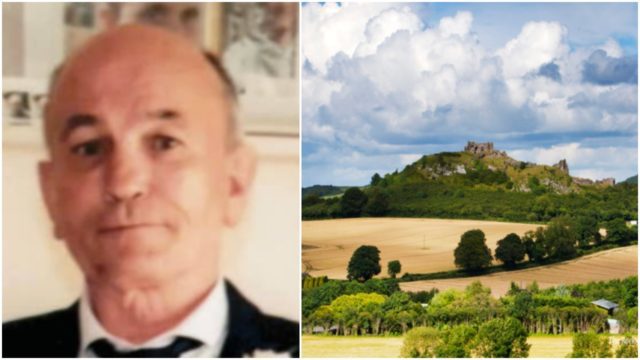 A teenage girl who was arrested on suspicion of murder in relation to the investigation into the whereabouts of Laois man William Delaney has been released.

The teenager and a man in his 30s were detained regarding an investigation on the whereabouts of 56 year old William Delaney on Thursday.

Meanwhile, Gardai and members of the Defence Forces have suspended their search for a missing Laois at the Rock of Dunamase.

William Delaney, a native of Tipperary but resident in Fieldbrook in Portlaoise in recent times, went missing on January 31 and the Gardai issued a missing persons report on March 12.

The Rock of Dunamase had been under lockdown since the afternoon of Tuesday June 18 after Gardai were told that the remains of Mr Delaney had been buried there.

However, after searching for the last four days, nothing has been found that would indicate that Mr Delaney or a body of any description is there.

The interviewing of the man, who was being detained at Portlaoise Garda, was suspended as he required medical treatment.

She said: “We want him found no matter what. We want to bring his remains and let him rest in peace.”

He said: “We’d like answers and we want to know what happened and if my father is dead or wherever he is.

“We want his body to bring him home and lay him to rest. His family are in bits – his brothers and sisters. Everyone is terrible upset over this because he is gone five months.

“Nobody knows where he is and we deserve justice. We deserve answers.”

She said: “We just want him to come home well and safe. Hopefully this won’t be true and he comes home alive.

“We are very, very worried about him and we want him to come home well and safe.”

LaoisToday contacted the Office of Public Works, who manage the Rock, but they say they do not comment on ongoing investigations.