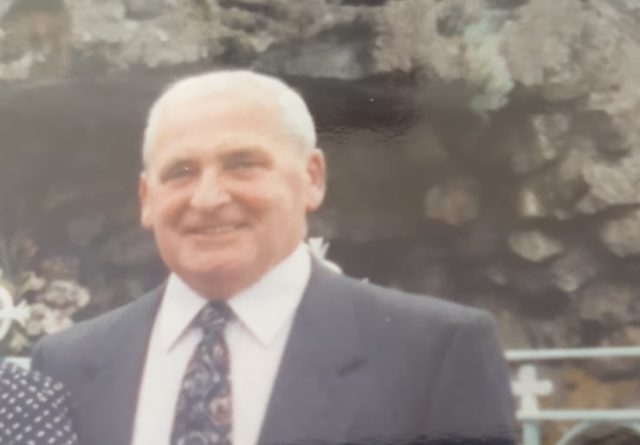 The death has recently occurred of Joseph O’Callaghan from Emo, who served as principal of the primary school in the village for many years.

Originally from Quin in county Clare, he took up a teaching position in the old Morette school near Emo in the early 1950s, where he worked with his wife-to-be Ann Molloy, from Tierhoger near Portarlington.

Joseph later took up the principal’s job in Emo in the 1960s which he held until the mid 1990s. He lived beside the school in Killimy in the village.

When they got married, Ann had to give up working as was the practice at the time with a Civil Service role.

“Joe taught generations of people in Emo and made a big contribution to Emo over a long number of years,” said local councillor Tom Mulhall, who served on the school board of management.

“I was a pupil of his in Morette in the early 1960s and I can remember when Joe started as a young teacher.

“He used to cycle to school and his classes were made up of Mulhalls, Walshs, Carrolls, Dowlings, Moores, Hylands, Behans and Treacys.

“He was a very popular man in Emo and I’d like to pass on my sympathies to his family.”

Ann died a number of years ago and Joseph passed away recently in Droimnin Nursing Home.

His funeral mass took place in St Paul’s Church in Emo with burial afterwards in the New Cemetery.