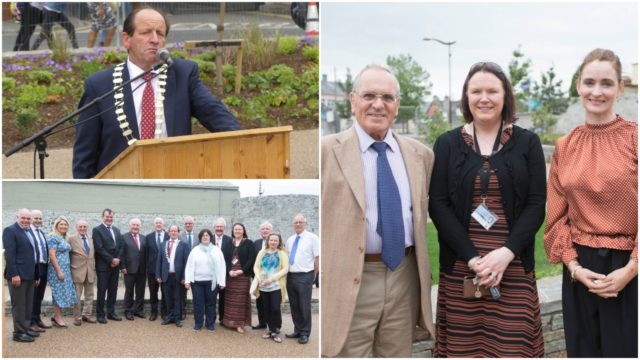 The Old Fort Festival is a celebration of heritage, music, food and family entertainment based in and around the walls of the Old Fort Protector, Portlaoise.

Speaking at the formal opening, Cathaoirleach of Laois County Council, Willie Aird said “This new public space for the people of Portlaoise will help bring life back to this part of town.

“With the wonderful conservation of the Old Fort Walls, the performance space and the wildlife-friendly planting, the new Fitzmaurice Place makes a great contribution to the culture and heritage of the town.

“But this is just part of what is planned for the centre of Portlaoise It’s one piece of the jigsaw of what’s needed for the heritage-led regeneration of the town”.

However there is an interesting and considerable history to the Old Fort in Portlaoise, which many people who pass by it’s walls may not realise.

The Old Fort, located within the centre of Portlaoise, was built to keep out the O’Moore clan and septs of Laois, which the British settlers found to be ‘too warlike’ and unrelenting in 1547/48.

Chairman of the Heritage Council of Ireland and former Portlaoise principal Michael Parsons spoke the origins of the Fort Protector.

“Today we celebrate the vital story of Portlaoise, of Laois, and indeed of Ireland.

“The Fort was built to maintain the authority of the Pale in the middle of Ireland, and to supress the indepedent and warlike clans in the area, who were led by the O’Moores.

“The Fort withstood various uprisings by the septs of Laois, led by the O’Moores and sometimes supported by the O’Connors of Offaly.”

Mr Parsons went on to say that the O’Moores were finally ‘banished’ from Laois to Kerry in 1607, and the town of Portlaoise grew around the fort.

“The Fort that was built here in 1547/48 was the forerunner of every British fortification and planted settlement in Ireland and through the later British empire.”

“The O’Moores and the O’Connors, and the other great clans, or septs as we call them, who ruled the land here, presented the biggest resistance to Tudor England’s ambitions of surpressing the Irish, and in pursuing their object in expanding control over the entire country,” said Mr Fennelly.

Referring to the Old Fort walls, Mr Fennelly said: “The final conquest of Ireland started here – inside and outside of those walls. The British blueprint for colonisation started here.”

“We are delighted to see the upgrade in this part of the town, especially in this historic part of Portlaoise.”

Laois Heritage Society had always known and valued the fort, and in 2015 with help from the Heritage Council and Laois County Council, they started work on a Conservation Plan for the Fort.

The Fort Conservation Plan and the Vision Statement together laid the groundwork for a successful Historic Towns Initiative (HTI) application in 2018.

The HTI project was underway when an application for Urban Regeneration Development Funding was successful in early 2019.

This phase of work involved conservation of masonry of south wall and round baston of 16th century Fort Protector, removal of mass concrete remains of mill below Fitzmaurice Place and upgrading of the public realm (paving, lighting, seating, planting and layout) to architects’ specifications at Fitzmaurice Place.

The project also included pollinator-friendly planting and landscaping with wildlife in mind, and the installation of a new performance space with lighting and power.

Funding has been granted under Project Ireland 2040 (Urban Regeneration and Development Fund) for Phase II of this project, which involves conservation of the masonry of the Fort Wall on Tower Hill and Railway Street, and the extension of the public realm improvements around the remainder of the Fort Wall.

Conservation of Old St Peter’s Church and graveyard on Railway Street are also included, as the heritage of the towns continues to play a major part in its regeneration.

Photos of the official launch below were taken by Alf Harvey and Julie-Anne Miller. 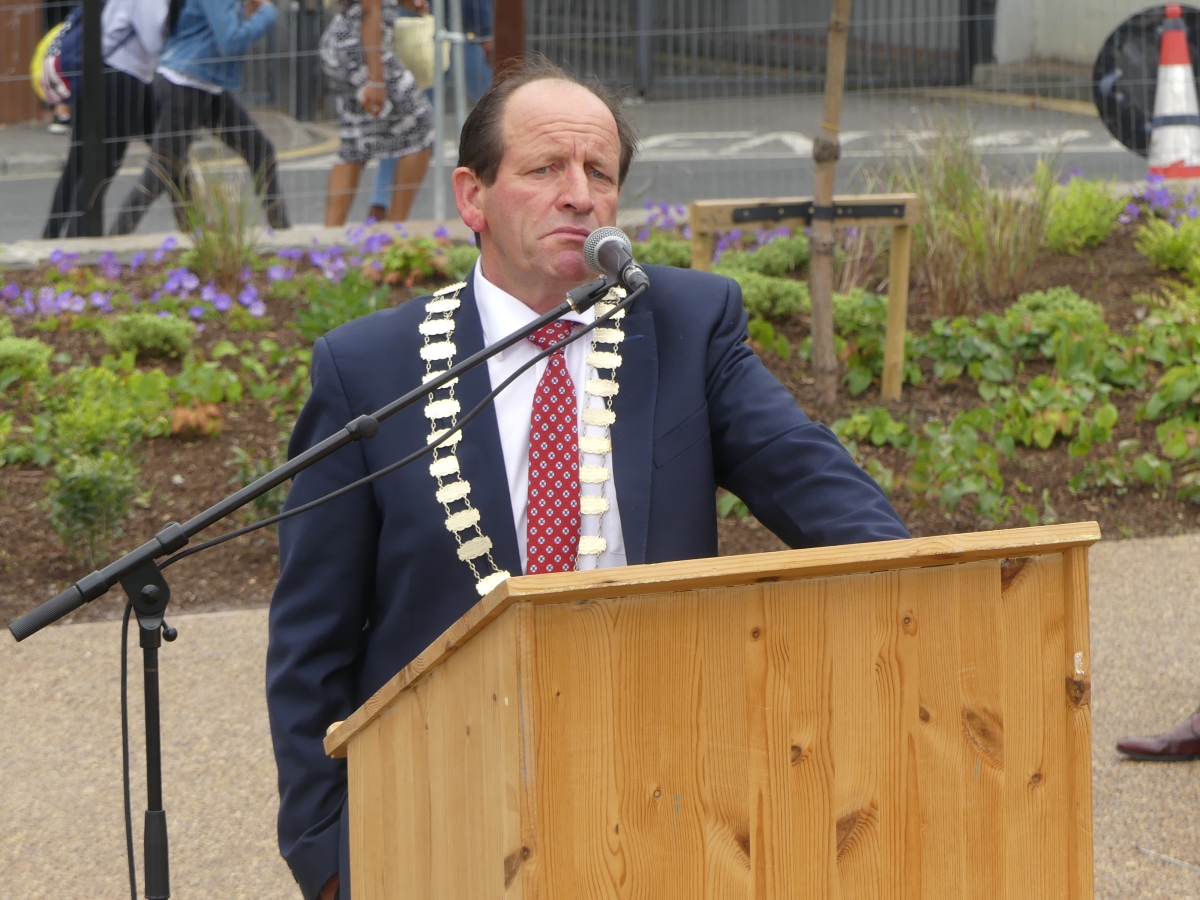 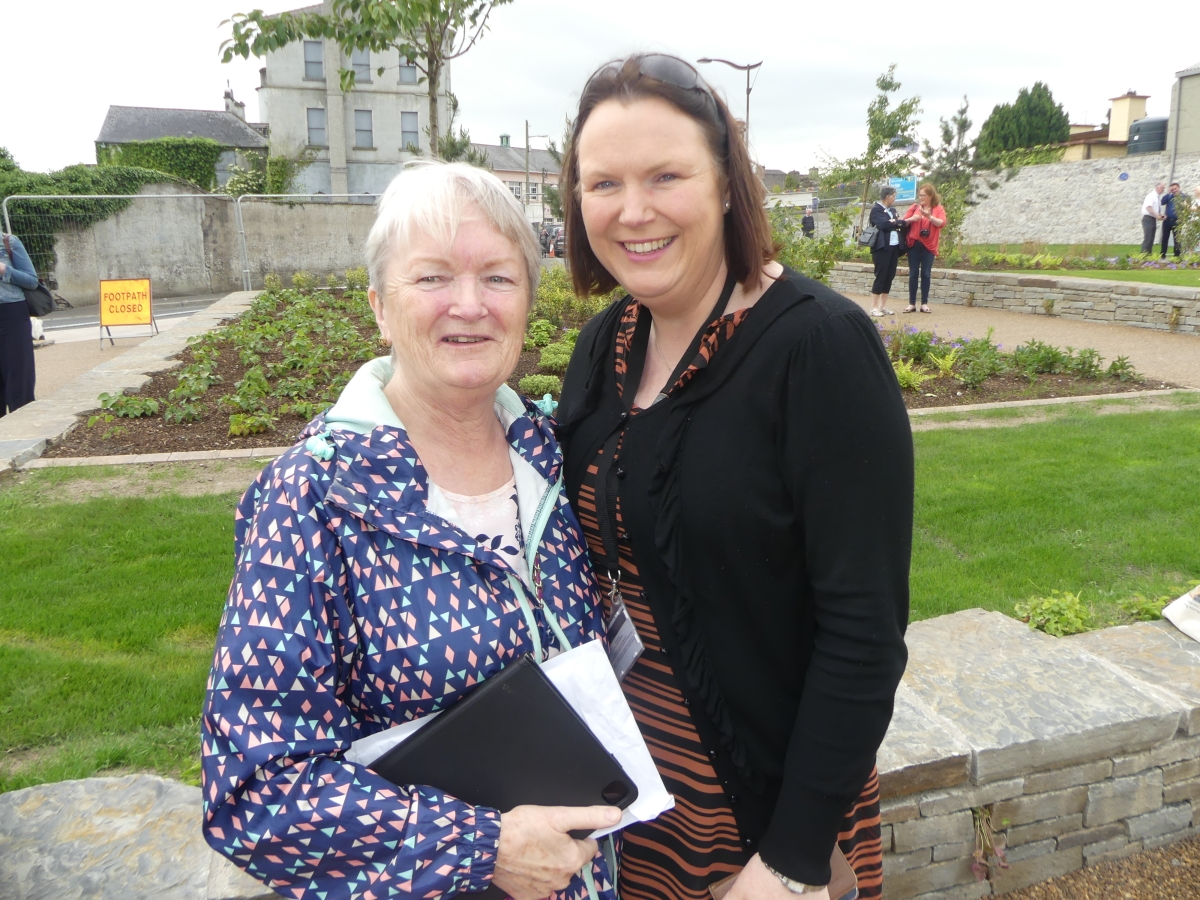 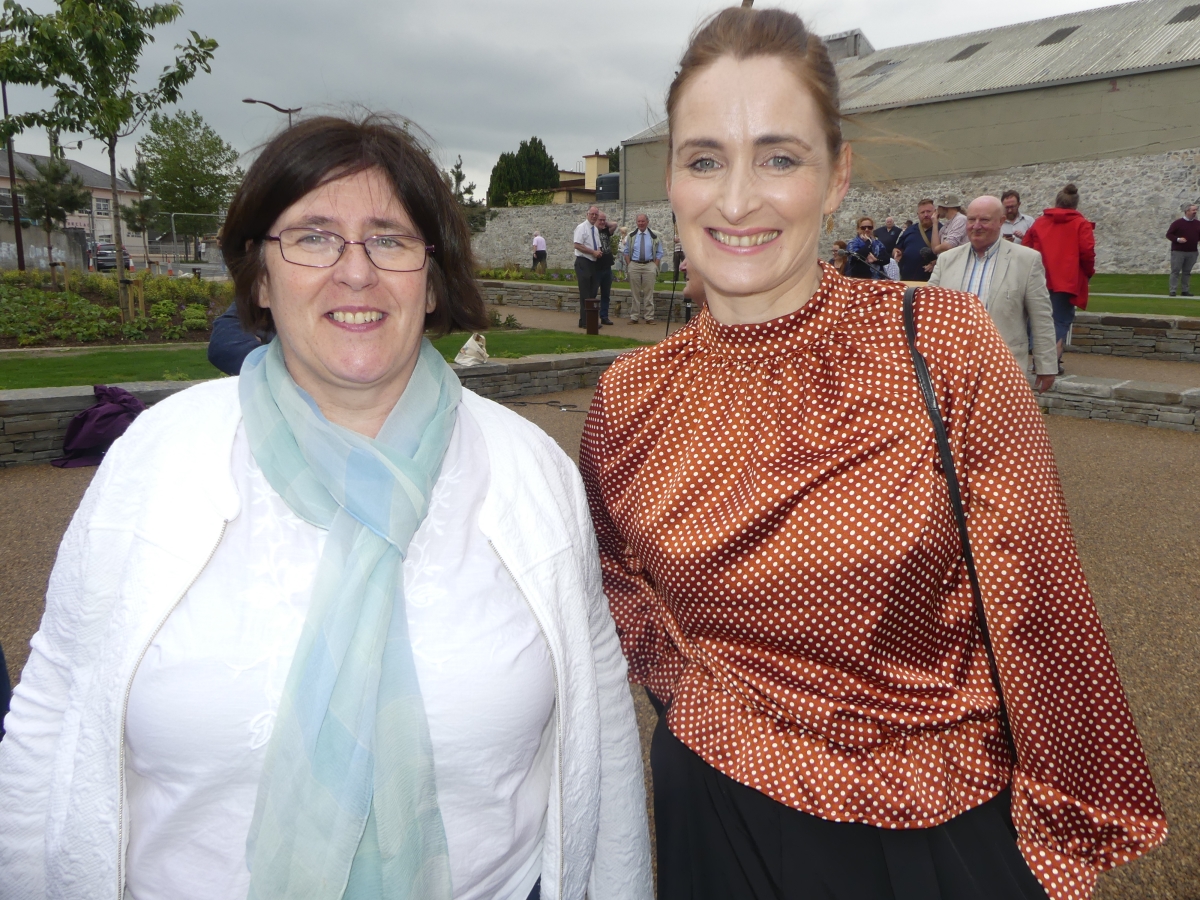 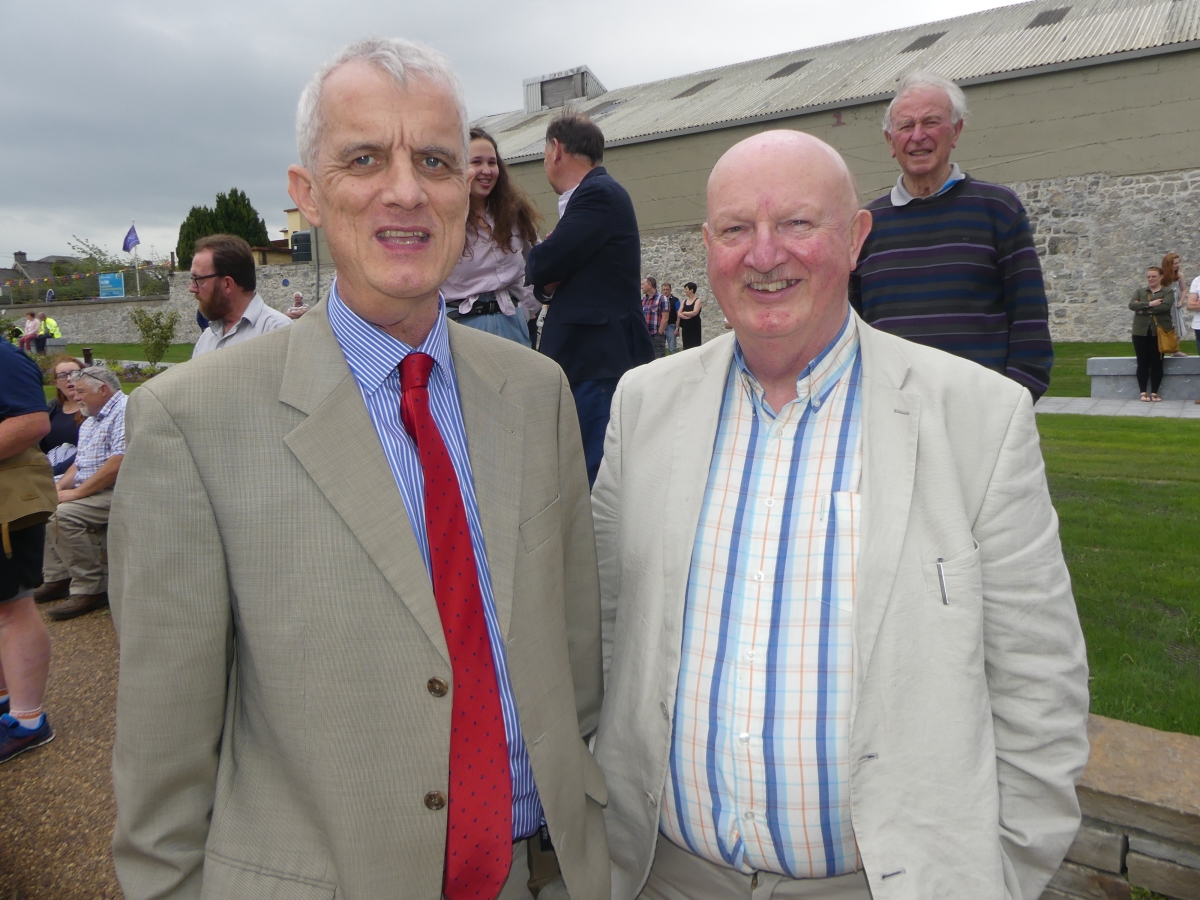 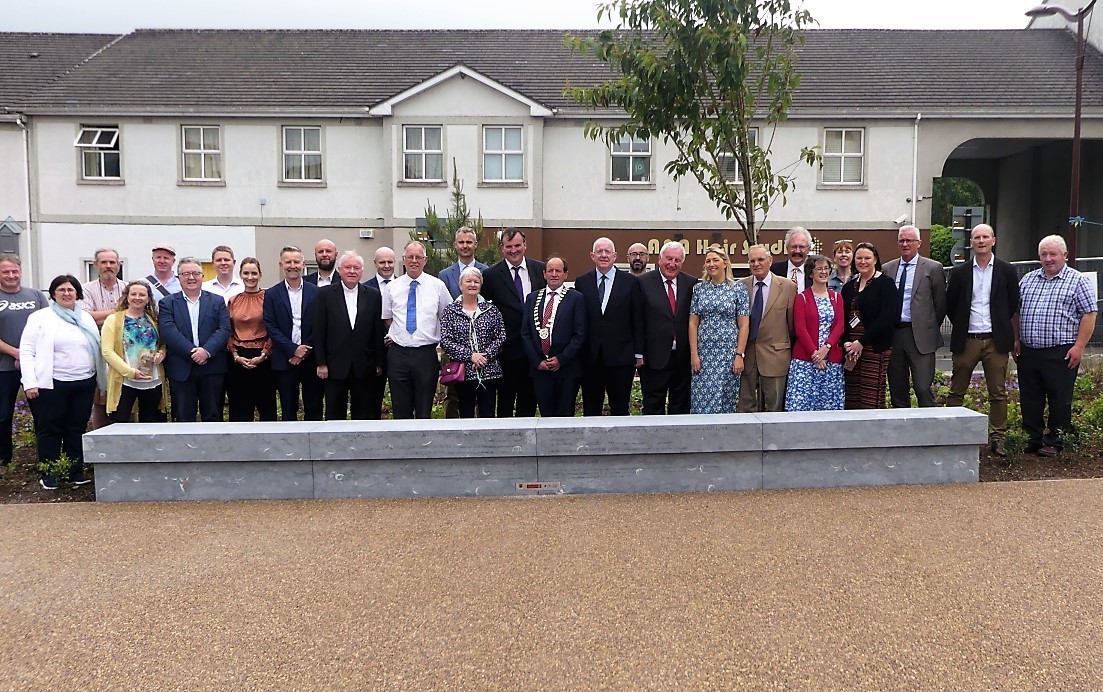 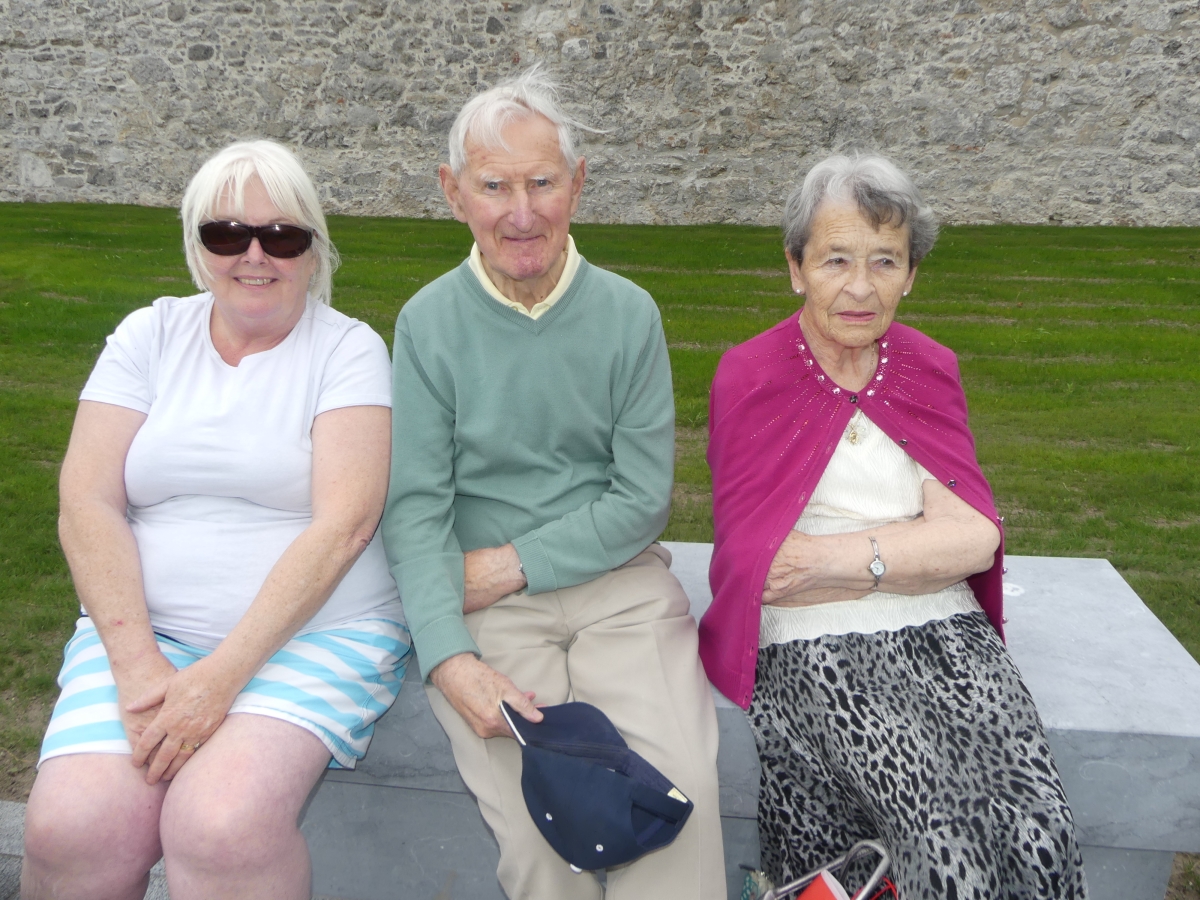 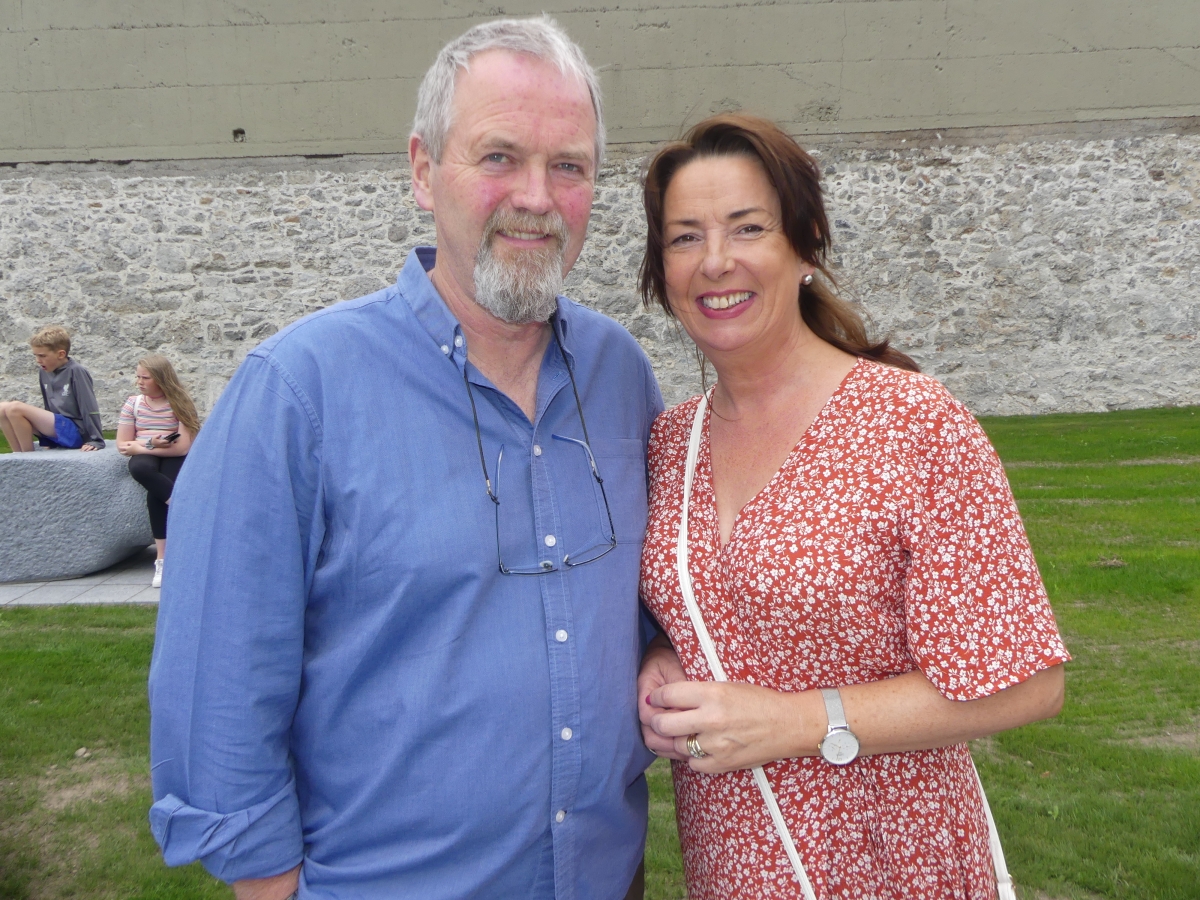 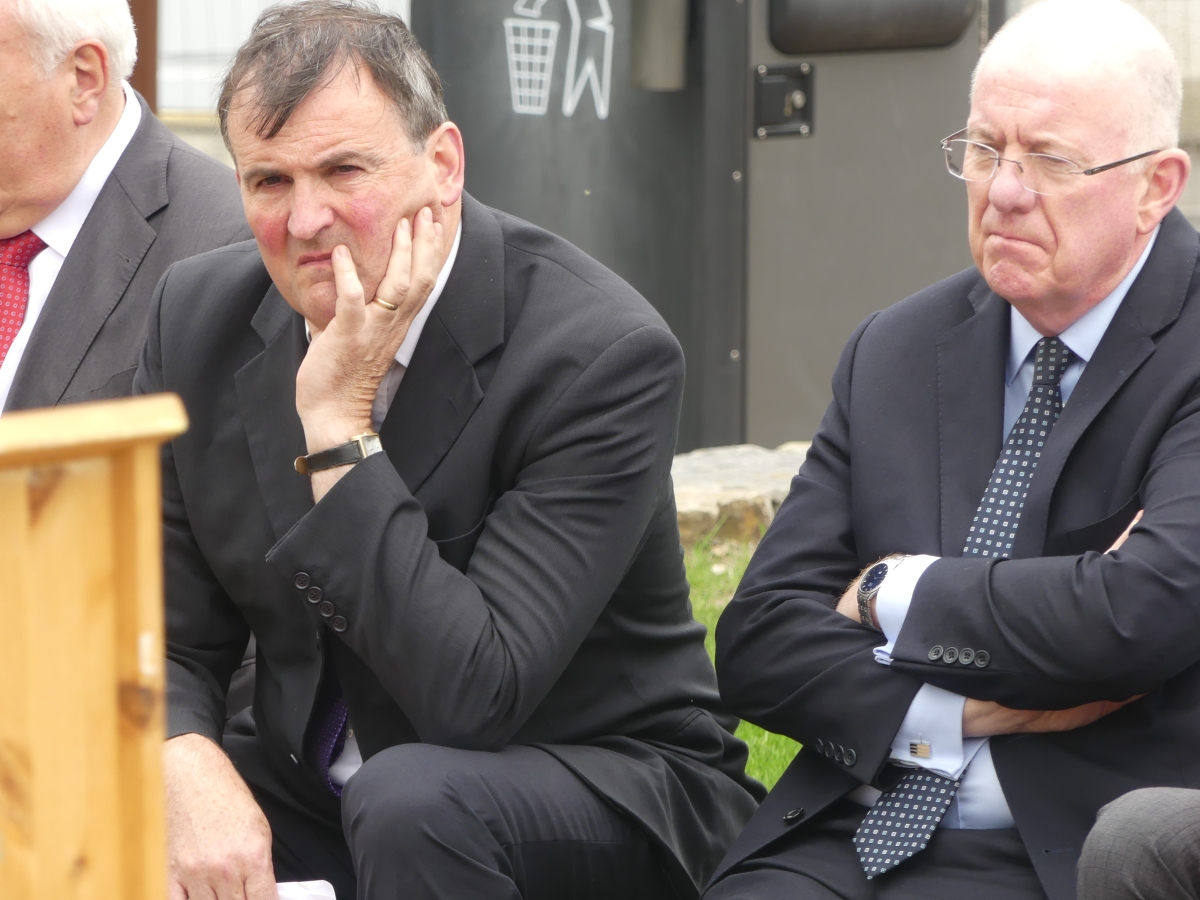 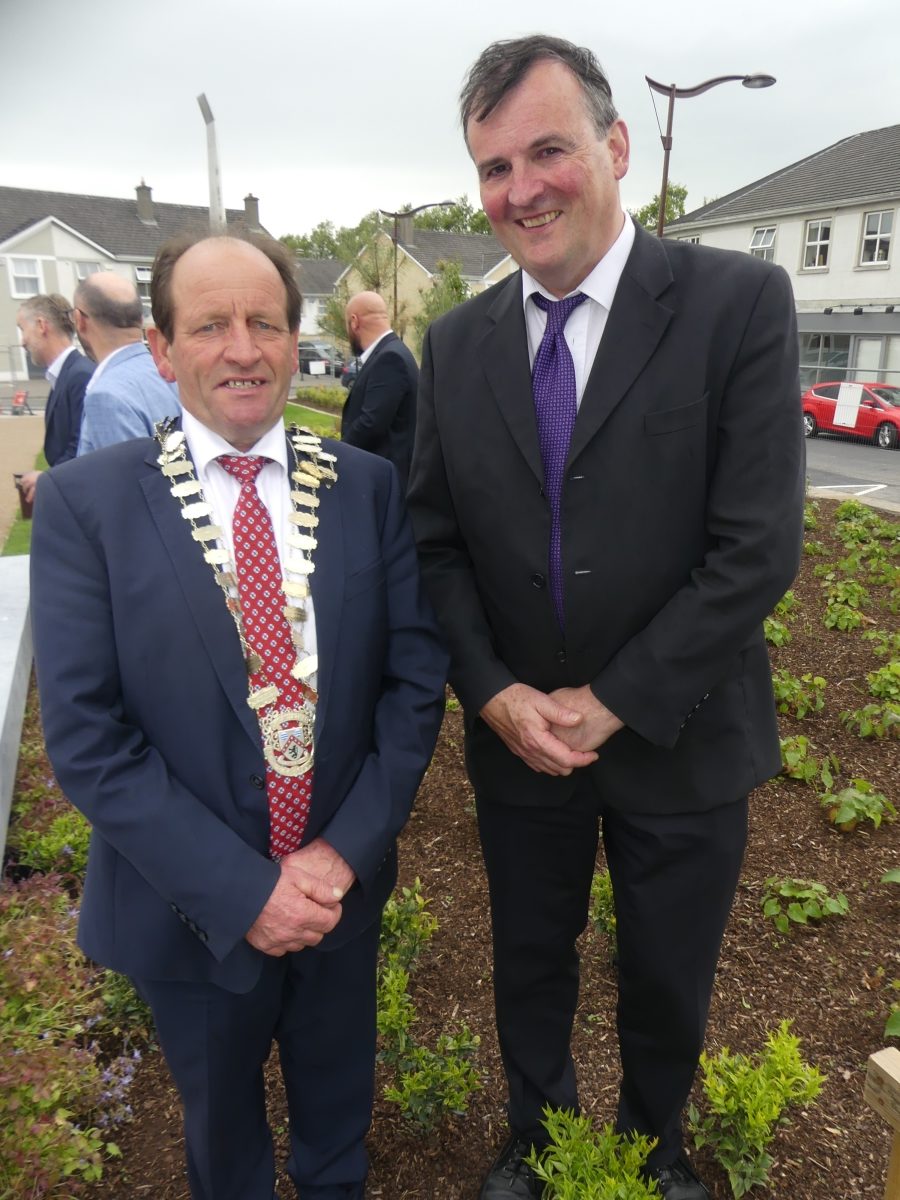 SEE ALSO – WATCH: The Laois-Offaly rivalry heats up as battle of the videos emerge