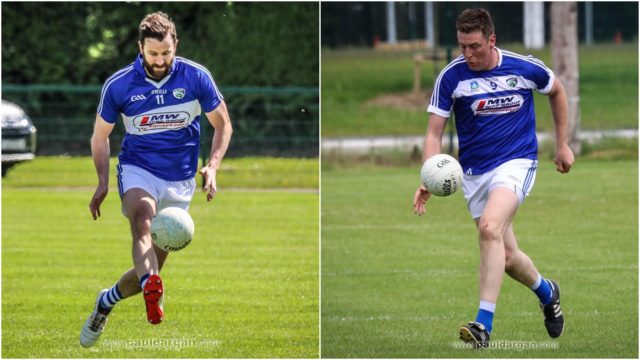 After a number of challenge games, they have impressed in the championship with wins over Mayo, Westmeath, Kildare and Clare.

They lost their opening round game narrowly to Dublin but a win over Tyrone in the final group game should see them into the All Ireland semi-final.

They’ve had huge buy-in from clubs and players all over the county and now two of their players have been honoured with international recognition and will pull on the Ireland jersey next week.

Ballylinan’s John Kealy and Portlaoise’s Kevin Fitzpatrick have been selected on the Ireland team that will take on Australia in an international rules test in Cavan on Satuday, July 20.

Two players from each county were put forward for Irish selection and Kealy and Fitzpatrick – both former Laois players – are the Laois representatives.

Kealy has been the oldest player to feature in the Laois senior football championship in the last two years and was part of the Ballylinan side that reached the county final for the first time in 30 years in 2017.

Fitzpatrick, who was on the Laois minor team that won the All Ireland in 1996 and the senior team that won the 2003 Leinster final, is one of the most decorated club players in Laois and as well as two Leinster medals, he has been part of an incredible 14 Laois SFC winning championship sides.

Among the other well-known names included on the panel are Westmeath duo Alan Mangan and Martin Flanagan.