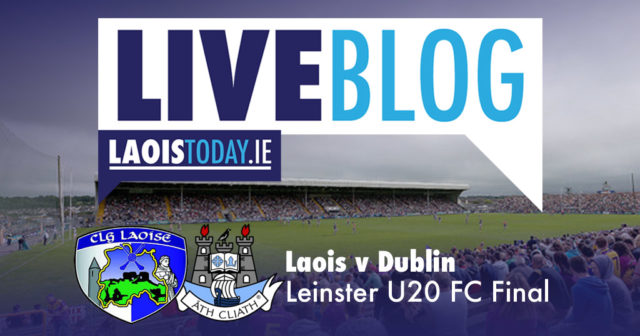 The big match has finally arrived.

We’re back in O’Connor Park tonight as the Laois U-20 footballers take on Dublin in the final of the Leinster championship.

Last week’s semi final against Meath was far more comfortable with an Alan Kinsella goal helping Laois to wrap things up by half time.

The game finished 1-13 to 0-7 in the end as Laois booked their place in a first provincial decider at this level in 10 years.

Dublin hammered Longford and Wexford to get to this stage and they come into the game as favourites.

The game throws in at 7.30pm tonight and you can follow all of the action as it happens.