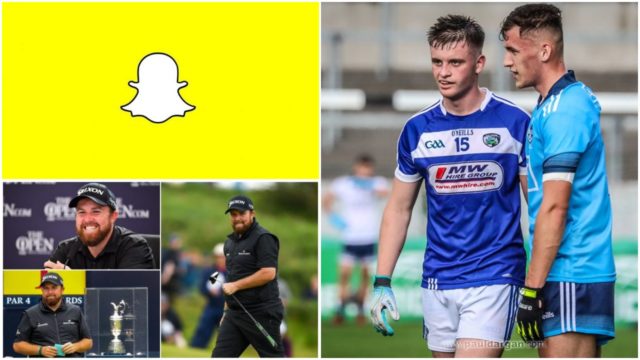 We’re back with another Podcast to reflect on another busy weekend for sport.

After the great craic of being joined by three Laois senior hurlers last week, it was back to basics this week.

Alan Hartnett and Steven Miller are on hand to reflect on a weekend that saw the commencement of the Junior and Intermediate hurling championships.

Unlike in previous years, these kicked off before the senior grade meaning that some players, who may play at senior level, were allowed to play for their club’s second string – all of which won their games in encounters against first teams.

We delve into that debate and also examine Alan’s first weekend on the Snapchat predictions where, after a shakey start, he managed a clean sweep on Sunday.

The lads also took a look back at the Laois U-20s Leinster final clash with Dublin in O’Connor Park on Friday night in which Billy O’Loughlin’s charged came out on the wrong side.

And in a deviation from usual practice, we also gave our take on the remarkable success of Offaly native Shane Lowry