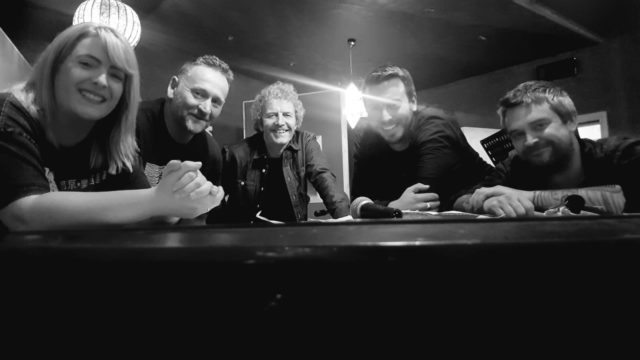 With the Sonas Boutique Festival taking place in the Malthouse in Stradbally this weekend, LaoisToday interviewed Ollie Plunkett of The Lost Messiahs to find out about his musical journey so far.

I bought Bob Dylan’s Blood on the Tracks Album on vinyl as a seventeen year old and it ignited a burning desire within to create music. I bought my first guitar shortly afterwards and I have been playing music ever since.

Playing Feile 90 in Thurles with The Mere Mortals was a very memorable experience.There is nothing as satisfying as playing music with people who share the same creative spirit and a sense of adventure and fun. Mystery tours to the Aran Islands with a bus load of fellow travellers playing music at the edge of the atlantic also brings back fond memories.

Recording new original music has always been a passion and it is
always very satisfying to perform the songs you have created to a live appreciative audience. Playing 14 original songs off the last Lost Messiahs album at the Electric Picnic and getting a brilliant reaction from the audience was a great buzz

Establishing Golden Egg Studios as a world class recording facility
providing local, national and international artists with a creative
haven to record their music has been very satisfying. Our policy has always been to treat everyone with any germ of a creative idea with respect irrespective of ability or fame.

Performing in front of large audiences is never a problem,
unfortunately for many artists and bands playing original music, this is not something that they regularly experience

Watching our lead singer with The Perfect Skins throw up before a
live TV appearance had the band and the TV crew double over with laughter. And seeing 2 mere mortal band members fall through the stage at the Point Depot and continue playing. (picture Pat Critchley up to waist in broken timber still playing accordion and not missing a note!)

My most memorable performance was the launch of the Lost Messiahs Album Soulstar a few years ago.

I am releasing a new Lost Messiahs album called ‘Deconstruction of the Mind’ on the 27th July, at Sonas Boutique Festival in the
Malthouse in Stradbally followed by an Irish Tour

If you could play any venue or event what would it be?

I am really excited about playing at the Malthouse in Stradbally for the Sonas Boutique Festival. The whole ethos of the festival is to support original Laois music and arts and to promote local talent, of which we have in abundance in Laois, so to be a part of that is a real buzz.

The Sonas Boutique Festival will take place in the Malthouse in Stradbally on Saturday 27th July. Tickets are available at www.eventbrite.ie