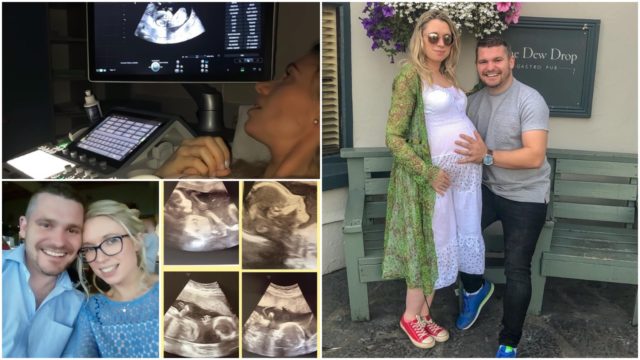 Her fianceé Shane found out the statistic for them. “Shane researches everything like that. He has all the facts and figures,” said Ciara.

Ciara and Shane, who live in Mountrath, appear well-researched and prepared about the four little arrivals, but nothing could have prepared them for the news that quadruplets were on the way.

“It was such a shock. It was amazing yet terrifying news all at the same time.

“Basically, we had decided that we wanted to have kids. We met over three years ago, in my friend’s. He walked in and it was like in the movies, it was love at first sight,” Ciara gushed.

Ciara and Shane’s love story developed and they began trying for children, but faced some complications along the way. They then sought help from medical specialists.

“We tried and it wasn’t working. We got a bit of help from Coombe Hospital. They sent me to a specialist in Tallaght Hospital.” 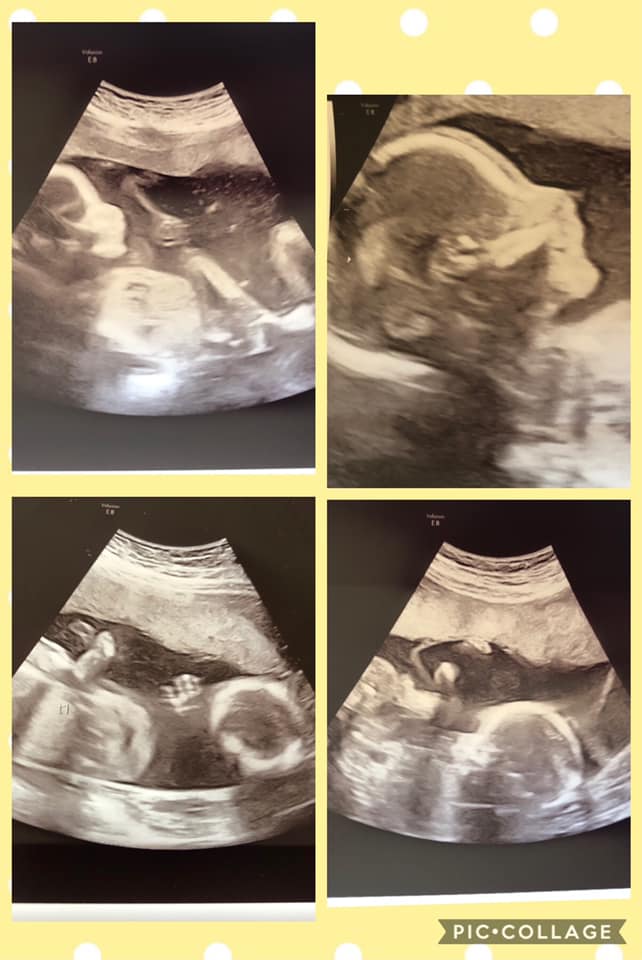 Thankfully, Ciara and the babies are progressing well. Now at 27 weeks and two days, Ciara is almost at the delivery date for quadruplets. The first-time mother says that they aim to get to 32 weeks before delivery time comes.

“I can’t eat certain things like any pregnant woman can’t, I can’t drink certain things either. I only drink decaf now, and I just had water for a while. But it’s like a treat to have decaf now,” said Ciara.

“Oh we have to get another car. We have a jeep but we need to get a seven seater. We’ll need it!” laughed Ciara.

Taking to GoFundMe, Ciara said: “We have had so many people assume that you get a lot of support from the Government, Council or big brand names, all of whom we have contacted, and unfortunately this is definitely not the case at all.

“We would absolutely love the support of all family, friends and anyone reading this in helping towards our four tiny miracle babies. Also a big thank you to everyone for all of your love and support so far through our Quad journey.

“If anyone can help donate towards our Quadruplets , big or small, we would be eternally grateful.” 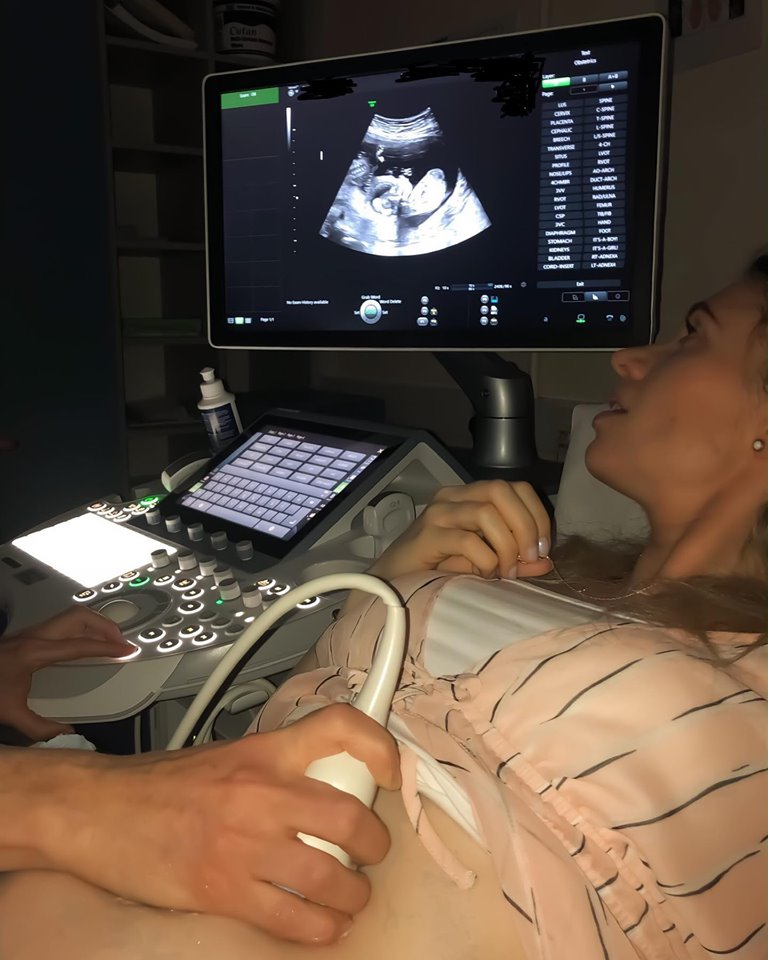 Over 119,000 people viewed their quadruplets gender reveal video, which announced that the quadruplets are three girls and one boy.

Ciara’s news has even reached the US. Ciara and Shane are now in contact with a couple from the hit TLC show ‘Baby Changes Everything’ who are offering their support and advice to the expectant parents.

Along with the quadruplets and the costs come the medical appointments. Scans, multiples appointments and weekly checks have become a firm fixture in Ciara and Shane’s lives.

Their trips to the Coombe Hospital in Dublin have turned into weekly visits now, as the attend specialist Dr Aisling Martin ahead of the births.

“They were really happy with how they [the quads] and I were doing. She was only bringing me in every three or two weeks. But now it’s every week as it’s getting closer to the time. It’s getting harder and harder to see them now as it’s just arms and legs everywhere.”

The excitement is palpable as Ciara gets set to give birth to her quadruplets.

“We’ve been so lucky. I’m getting tired now and I can’t wait,” said the mum-to-be.

For now, it is a waiting game. One which Ciara, Shane and their family and friends eagerly await to be over to be able to hold their much loved four bundles of joy.

We wish them all the best! 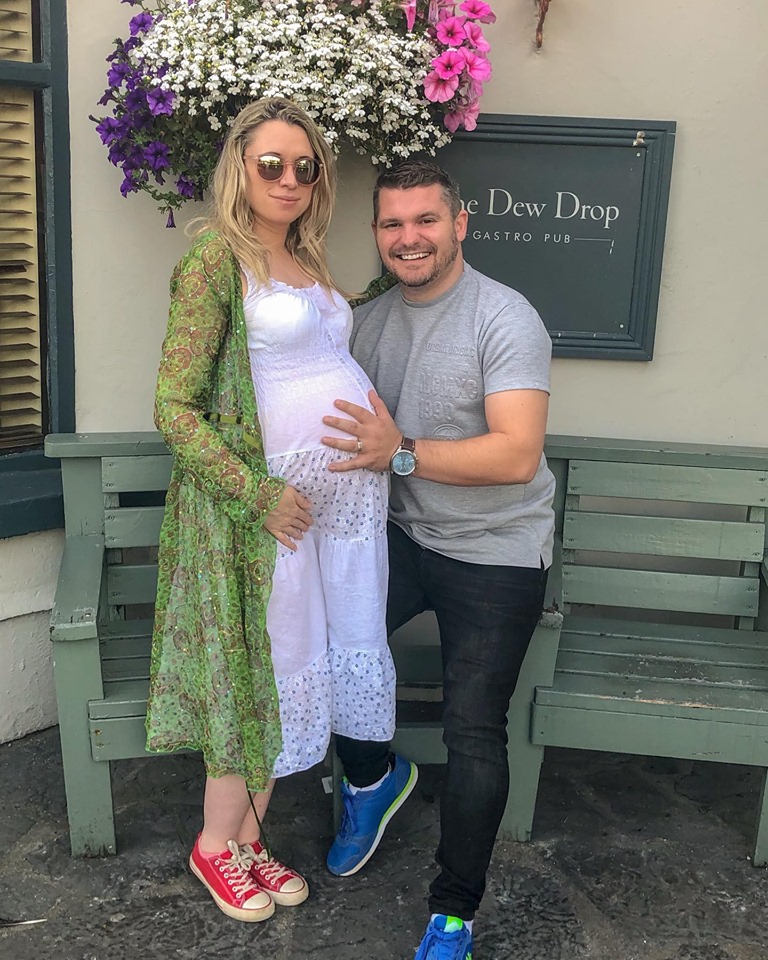