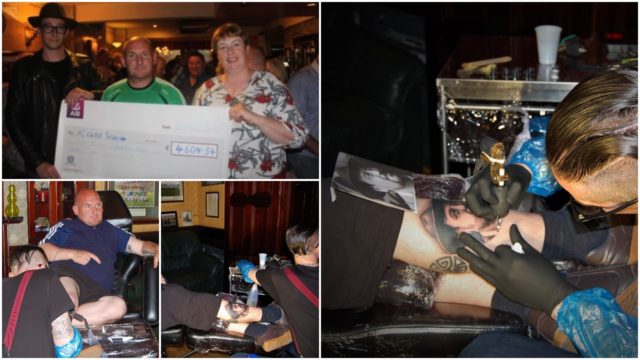 Two of Stradbally’s most well-known residents have raised a remarkable €4,604.54 by ‘inking up’ for Kolbe Special School.

Life-long friends Bryan ‘Reggie’ Lalor and Joe Deegan came up with the rather novel idea of Bryan getting a portrait of Joe’s face and half his chest tattooed onto his leg on a night of live tattooing, with all funds raised going to Kolbe.

The fantastic tattooist, Dan Bailey, of True Blue Tattoo sculpted the replica of Deegan onto Lalor’s limb on the night.

Previously speaking to LaoisToday reporter Alan Hartnett, Bryan said: “To say this is a special way of trying to make funds for Kolbe is an understatement. It’s unique and funny – imagine having to look at Joe every morning when you wake up!”

Mr Lalor revealed that the pair had the idea of a fundraiser for the school in Portlaoise because a number of the children who attend it come from Stradbally.

Bryan also revealed that a number of businesses got behind the idea, getting involved in a raffle on the night.

As well as having a raffle on the night, Joe and Bryan were busy collecting donations at the entrance to SuperValu in Stradbally on Saturday June 30.

Accompanying the live tattooing on the night in Dunne’s Bar, entertainment was provided by talented local musician Alice Laffan. 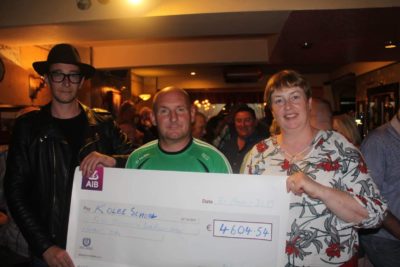 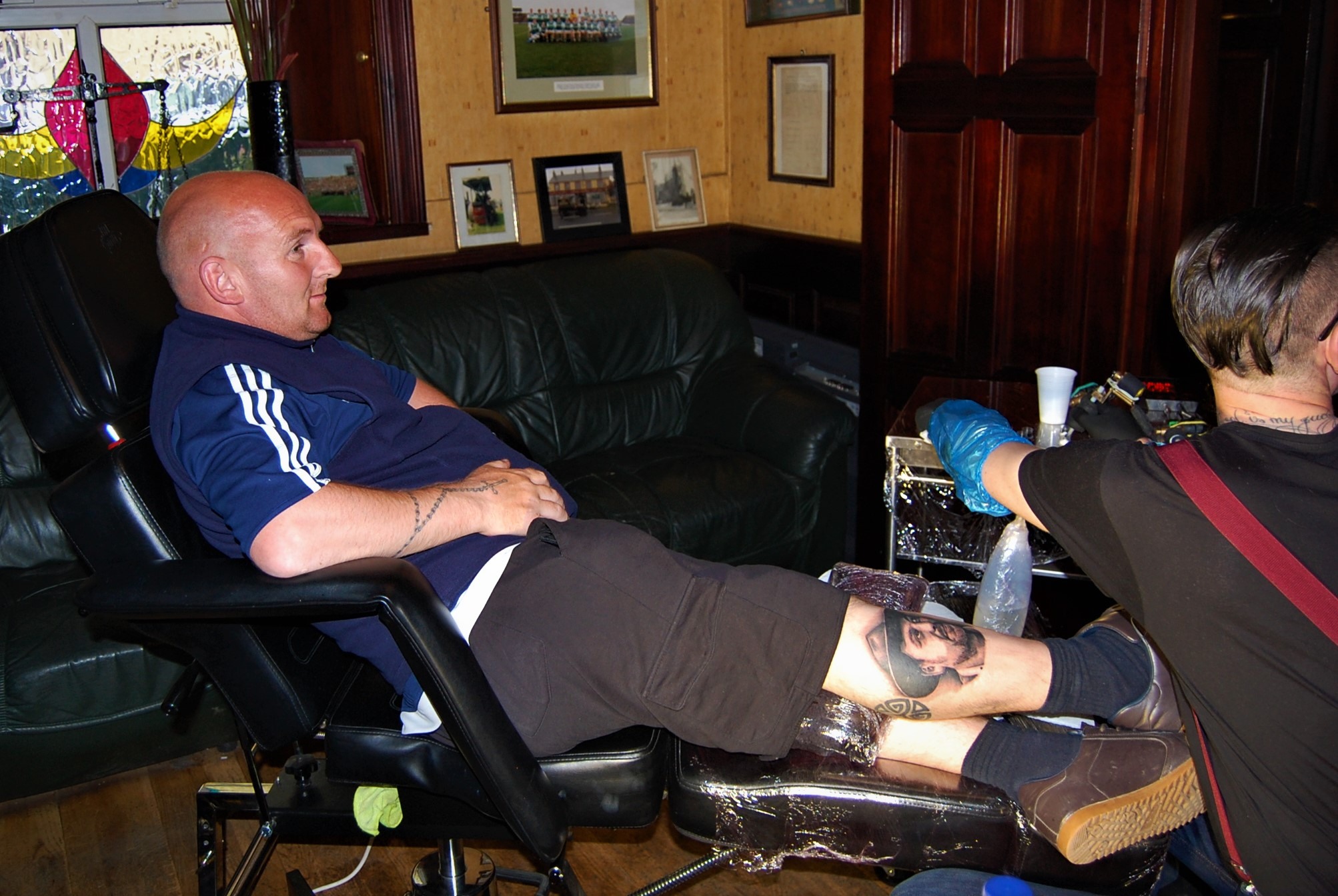 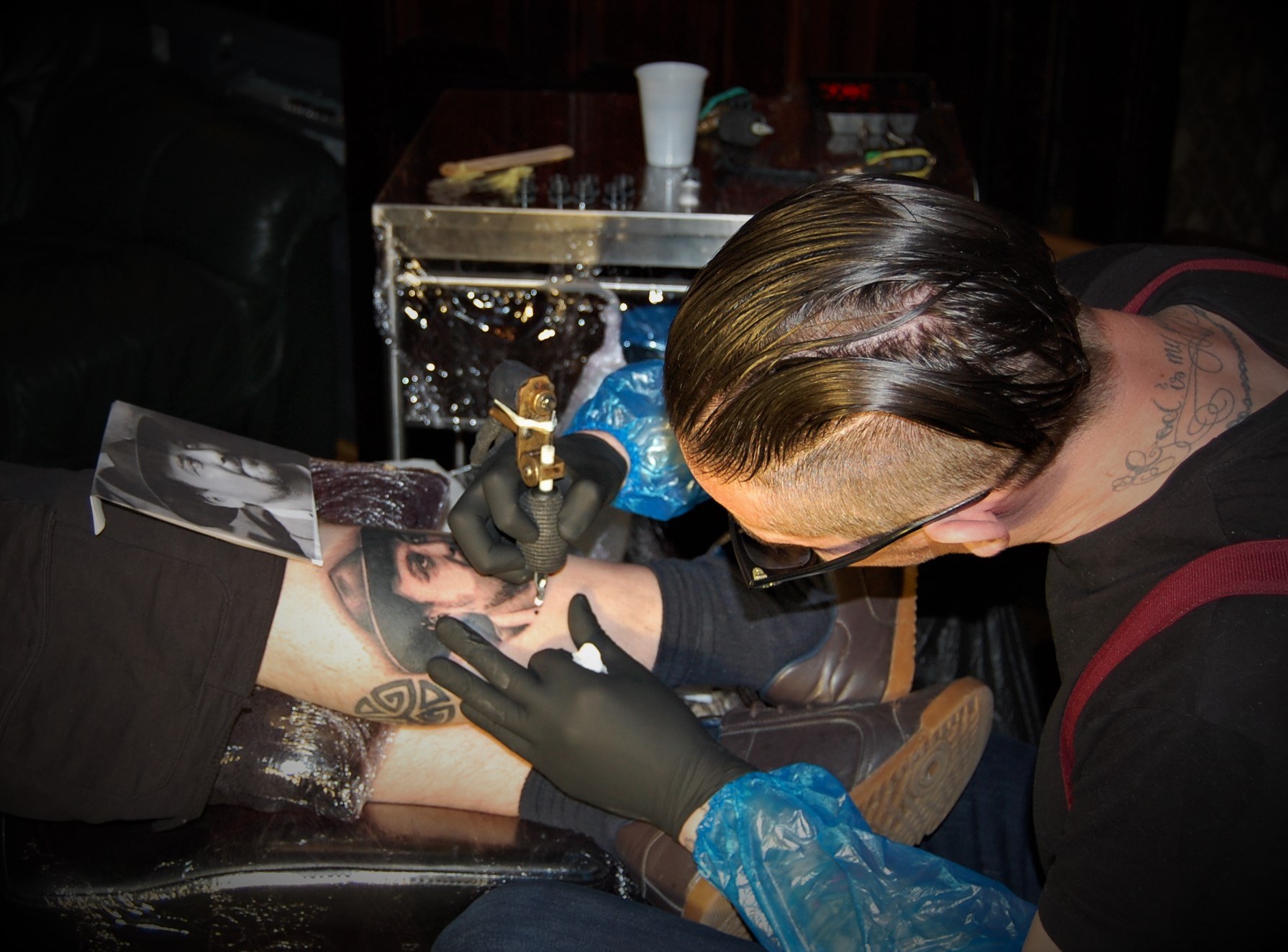 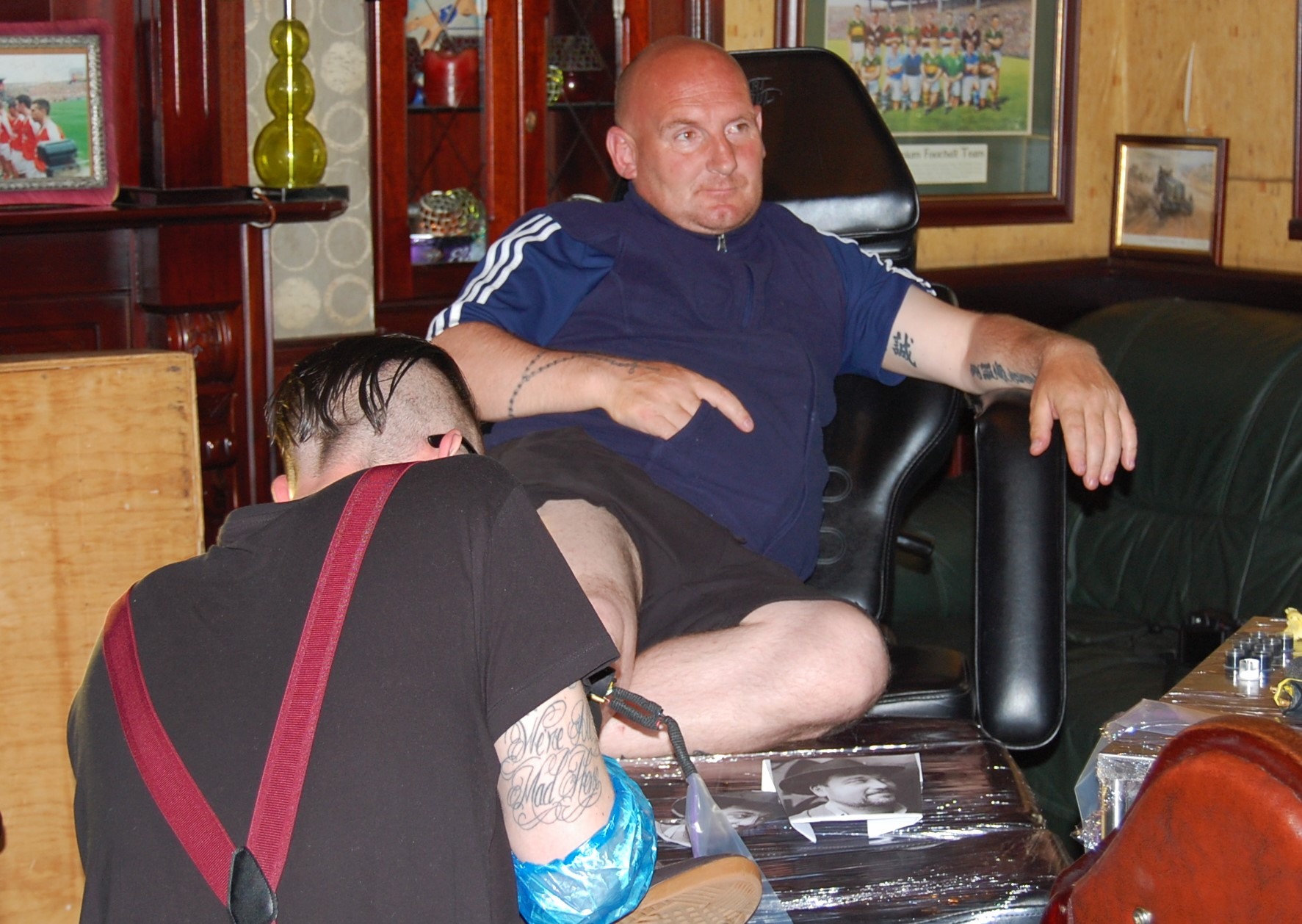