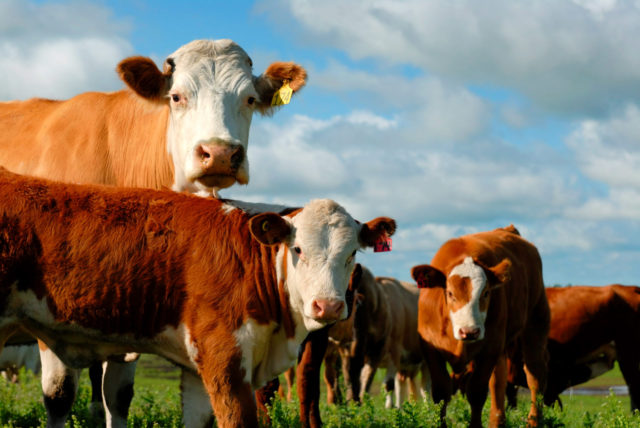 Beef up beef prices for Laois farmers as rural communities are hugely reliant on farm family incomes for survival.

That was the clear and direct message to Government this past week from Laois councillors.

Cllr Padraig Fleming spelled out the importance of beef farm incomes not just directly to the farm families themselves but to the broader community across rural Laois.

He said that in many instances the income from beef farming was the main source of living in some rural areas of Laois, sometimes based on marginal land.

He accused the factories and supermarkets of hiving off all the profits from beef, whereas the farmers who put months and years of effort into producing the beef were unable to make a reasonable income or living from beef at current prices.

“A lot of them will be put out of business, they face devastation and that will have profound repercussions for rural communities in terms of viability and incomes,” he warned.

Cllr Fleming received broad based support from Council colleagues when he called on the Minister for Agriculture to regularise the pricing structure to ensure that beef retail process are distributed in fixed percentages to the entire supply chain so as to ensure that each of those involved are protected from adverse pricing and to protect the price paid to farmers for their product.

The present price being paid to farmers was unsustainable he said as he called for the establishment of a ‘fair-trade’ style arrangement similar to one recently agreed between French farmers and retailers.

He outlined that the supressed prices for beef were only part of a mounting crisis for beef farmers on which many rural communities were reliant. There was the Mercosur deal which he claimed could “spell the death knell for the Irish family farm” and on top of all that the severe impact of Brexit is looming.

Teagasc figures he said showed that gross margins in the beef sector were down 19% and 11% for suckler and finishing beef farms last year, compared with 2017.

He lent his support to the Beef Plan campaign where members of that group are now into their second week of a protest at factories, including Dawn Meats in Rathdowney.

“Beef plan would expect retailers and processors to engage as part of their corporate social responsibility. The very future of rural Ireland and the Irish family farm are at stake.”

Farmers are exiting the beef sector in unprecedented numbers. There has never been more apt a description for what is required for Irish beef farming then the mission statement, Fairtrade.

Cllr Tom Mulhall confirmed the seriousness of the situation. “Beef farming is not profitable and it hasn’t been this long time. With Brexit looming it’s very serious as we export 90% of our beef, 45% of that to the UK, so it’s only going to get worse.”

He feared that the beef sector was going to go the way of the sugar beet industry. “The small producer is being squeezed by the big feed lots and the factories who are supressing the prices and operating like a cartel,” he charged.

He acknowledged that the Government had allocated €100m in aid for the sector between themselves and the EU but this was limited in its benefit and only amounted to €100 a head.

“That’s only coming when you’re standing on the banks of the river before you fall in. Beef is going to end up like sugar,” he feared and he even wondered as to the point of writing to the Minister, as they always seem to get the same stock replies. “We’ll get a letter back and they’ll do nothing,” he figured.

Cllr John King said it was time for the IFA to stand up for farmers and to take on the factories who he accused of operating offal quotas and controlling the prices with their own feeding lots.

Meanwhile they were penalising farmers over the weight and age of the animals.

“Farmers are not able to make money,” he insisted, adding that the Government subsidy was limited in its benefit.

Cllrs Willie Aird and Noel Tuohy also added their support for the need for small farm families to earn a decent income from their produce.

Meanwhile a Laois TD has had his say on the ongoing nationwide Beef Plan protests, include one outside of the Dawn Meats factory in Rathdowney.

The Laois Fianna Fáil TD called on Minister Creed to meet with farming representatives and management from the meat industry to address the growing crisis affecting the beef sector.

Deputy Fleming said, “As a second week of picketing action begins, I am calling on Minister Creed to substantially up his engagement with farmers and meat industry management and bring forward meaningful solutions to the worsening crisis in the beef sector.

“I have spoken with beef farmers in Laois who are on their knees with prices at a level not seen for many years. It’s simply not sustainable for the Government to expect farmers to continue to carry such heavy losses.”

Deputy Fleming also called for ‘transparency’ in the meat industry.

“Further assistance for farmers is going to be required and Minister Creed needs to provide the assurances they will get this. I am also calling on him to ensure that there is transparency brought to the meat industry and see that factories and the major supermarket chains, both here and abroad, are not allowed to take advantage of farmers’ weak position in the food supply chain.

“Farmers have once again posed legitimate questions this week on a number of issues to the Meat Processing Industry which need to be answered.

It is past time that Minister Creed got involved to ensure that these issues are addressed and that the crisis is not allowed to worsen further,” concluded Deputy Fleming.