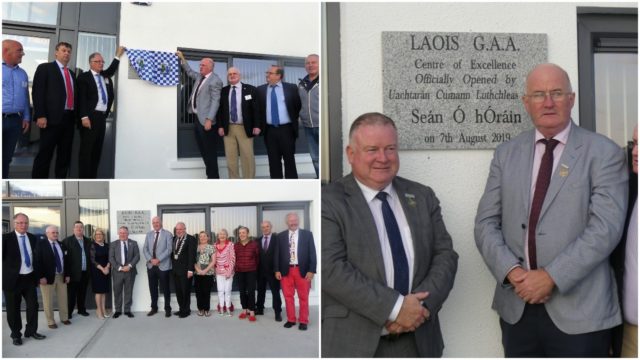 Officially opening the Centre of Excellence was the President of the GAA, John Horan.

Horan, whose father was an Abbeyleix man, spoke to Jack Nolan at the event.

He also answered the well-established claims about the GAA not funding enough teams beyond The Pale.

Referring to the Centre of Excellence, Horan said: “That’s what the GAA does with its money, it re-circluates it.

“We are very conscious of that, whatever revenues we take in, they actually go back out. And our gates and our receipts are up at the moment nationally, and again all that money will go nowhere but to be recirculated to the grassroots.”

Commenting on the actual Centre itself, Horan seemed gratified with the result of the building and three pitches adjacent to O’Moore Park.

“It’s a great credit to everybody involved. Those that initially procured the land and then I think the team that got together under Gerry Kavanagh to actually deliver the building here itself and the actual pitches – it’s a great result of great efforts.

When asked how it compares to the ‘greatest’ Centres in the country, Horan said: “It’s up there definitely and it’s definitely a great pride for everybody in Laois. 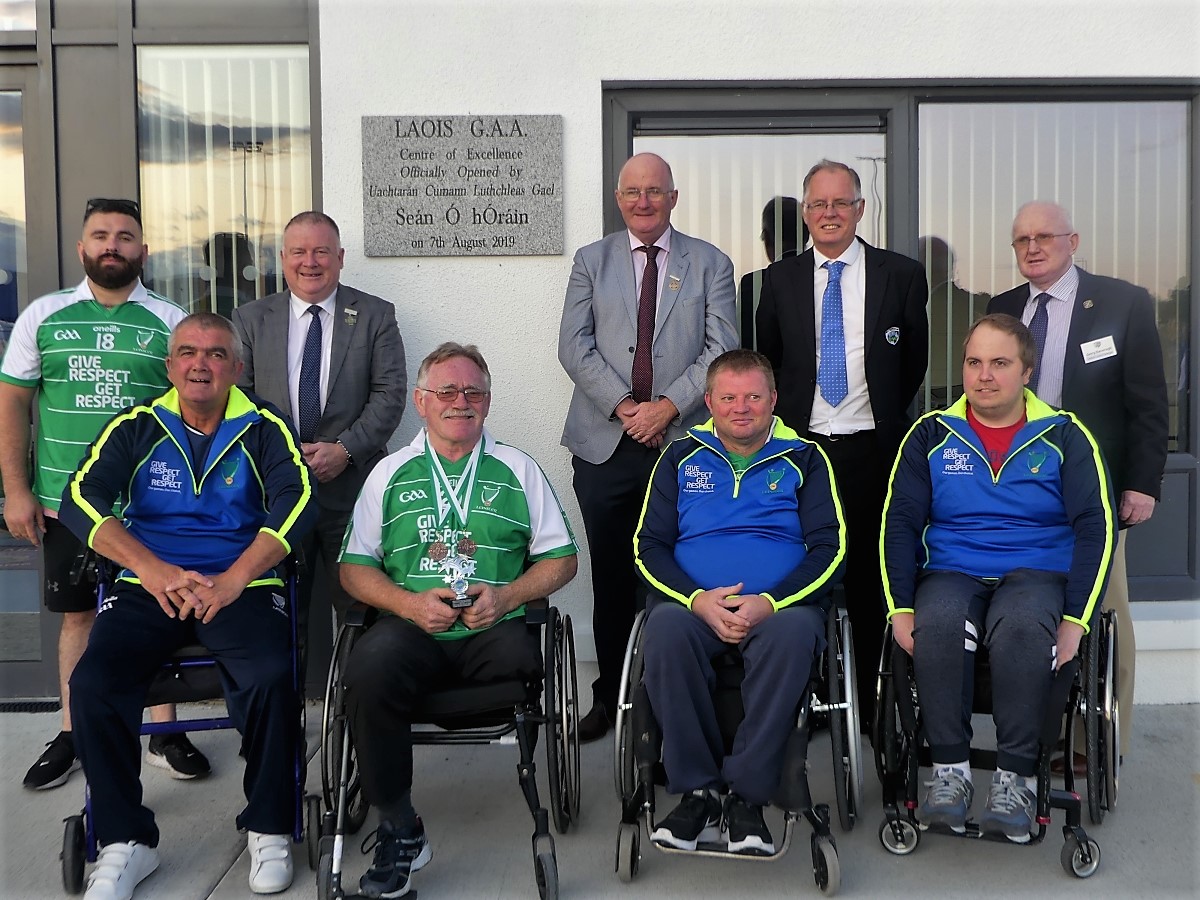 He also commended the chosen location for the Centre of Excellence, beside the aforementioned county grounds.

“You talk in terms now of the modern game and the warmup facilities needed. The fact that the pitches are there for a warmup for the teams before they go out and play their games.

“Like when I was down here for the U20 final (Cork v Dublin) the two teams were able to warm up out there and then go in O’Moore Park. That’s a big plus.

“Also for young lads to think, ‘I’m going into O’Moore Park to train with the county squad, that in itself is an actual motivation, being in near to the main ground in the county, because lets be honest, it is a central part of Laois GAA, O’Moore Park is. 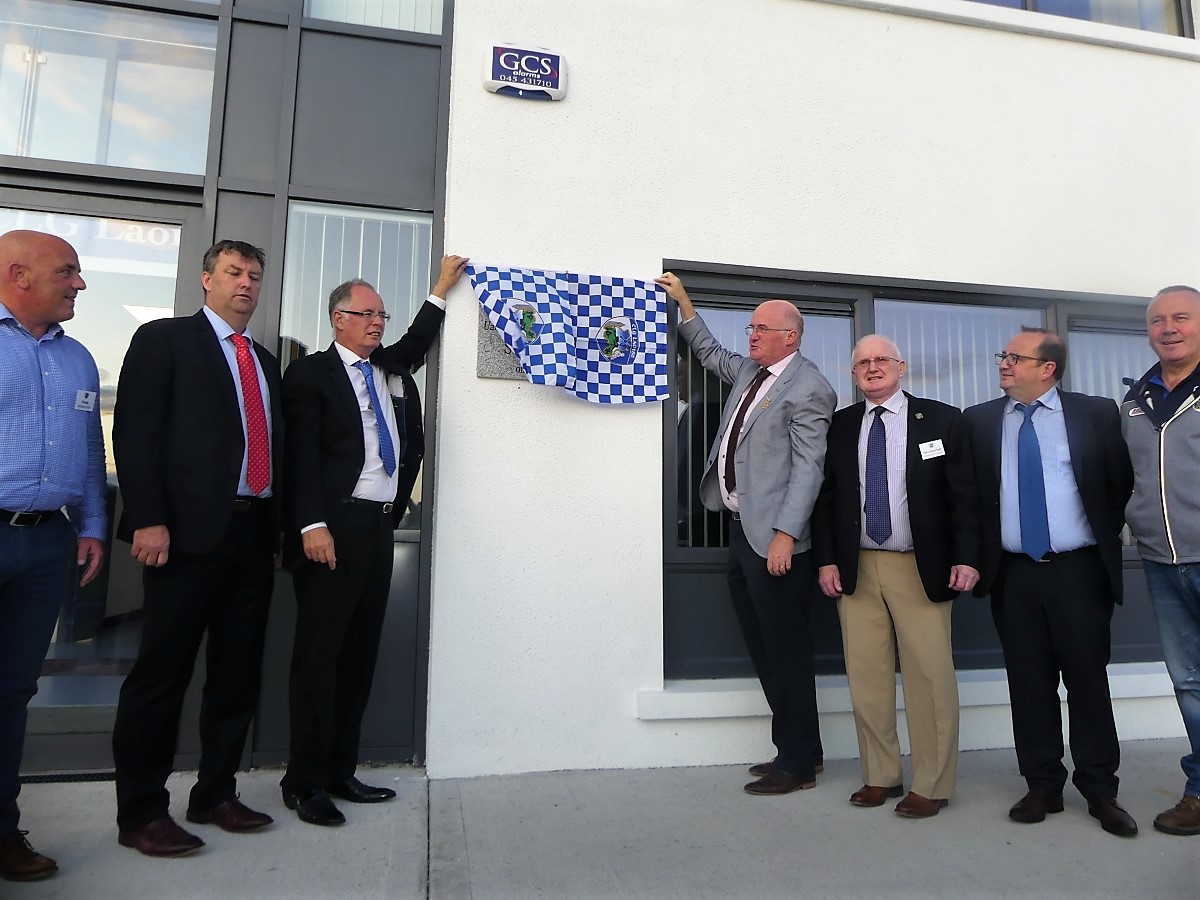 “Simple little things like the green fencing around the pitch. It gives it a kind of a ‘new stadium’ factor, when you’re walking in under the stand (in O’Moore Park) now, you’re looking out at green fields, instead of that old grey wall that used to be there.

So all in all, a lot of thought and a lot of good work has been going into this as well,” said Horan.

The GAA President was also asked his thoughts on hurling and football in the county on the evening.

“Giving the Joe McDonagh Cup to Laois was a great moment for me, going down the steps just thinking of doing it.

“Even tonight, thinking if my dad was still alive, it was from him I got my love of the GAA and that I’m actually his opening the Centre of Excellence in his county. 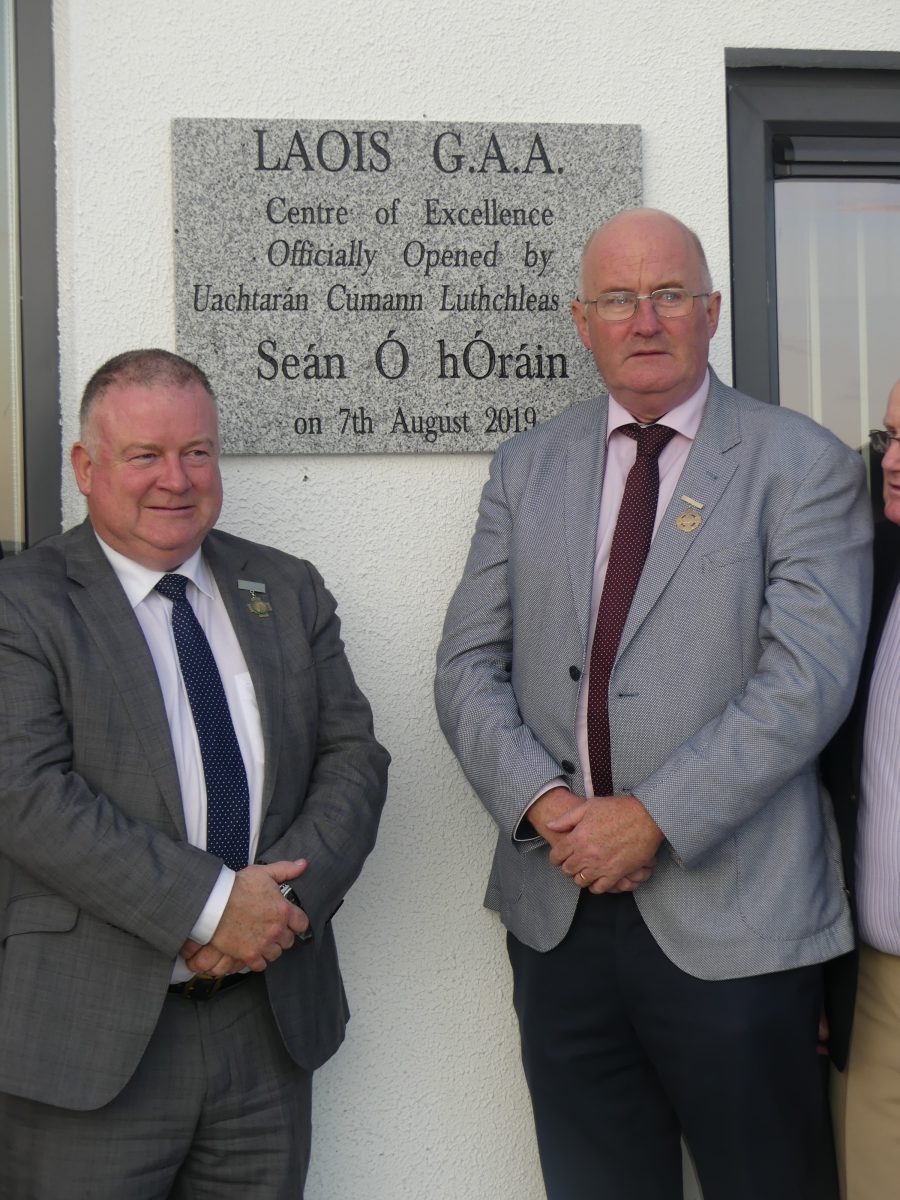 “The hurling and football seems to be on the rise here, and as I said earlier, I arrived in here tonight to see two underage teams training away and making good progress in their respective competitions.”

Horan was also asked by Nolan about Laois U15 footballers playing in the national Adam Mangan final against Kerry, a huge achievement for the group of young players.

“I think that’s a huge step forward for Laois and the other team are playing Cavan in the competition, so that seems to give Laois a great pool of players in that age group.

“Hopefully coming forward from that we will see progress, and since the Dubs are not there I’d most definitely like to see Laois pulling it off. 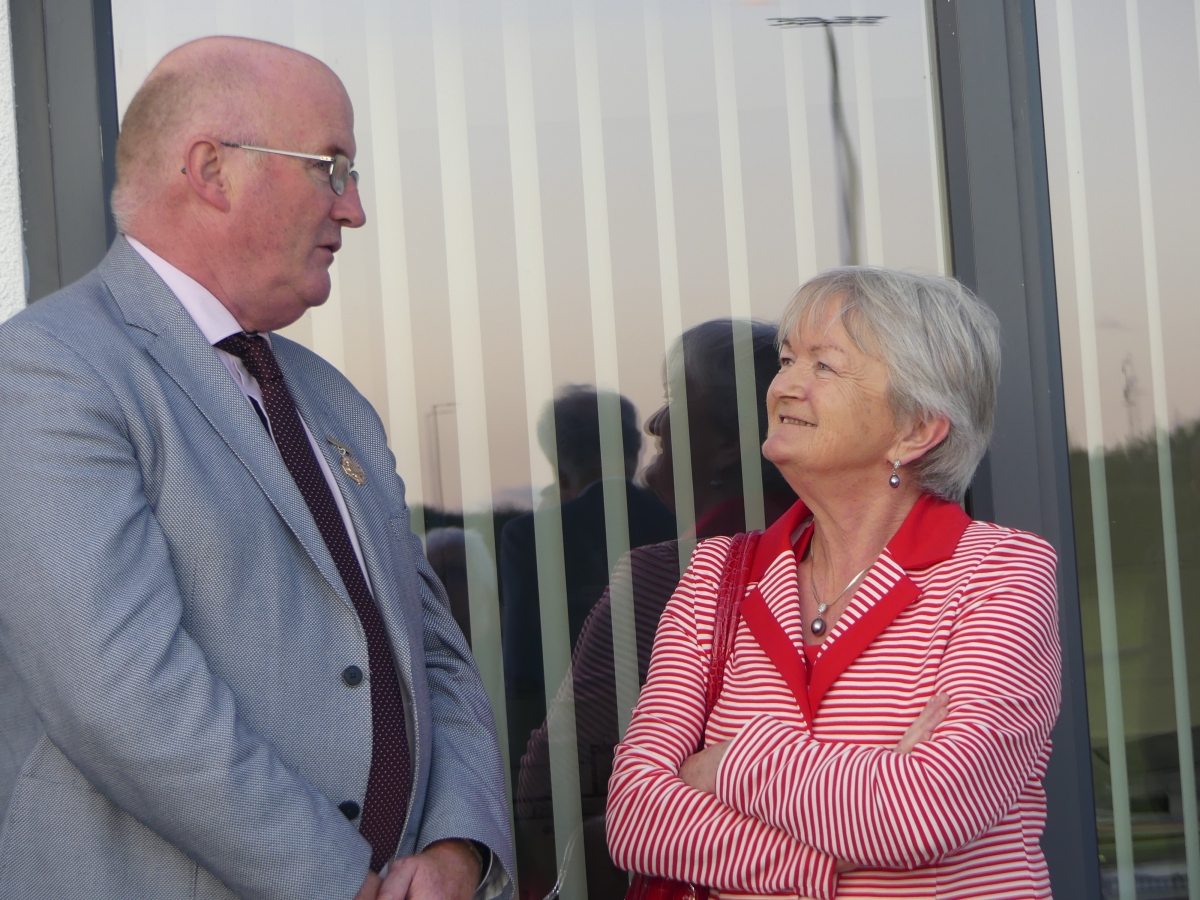 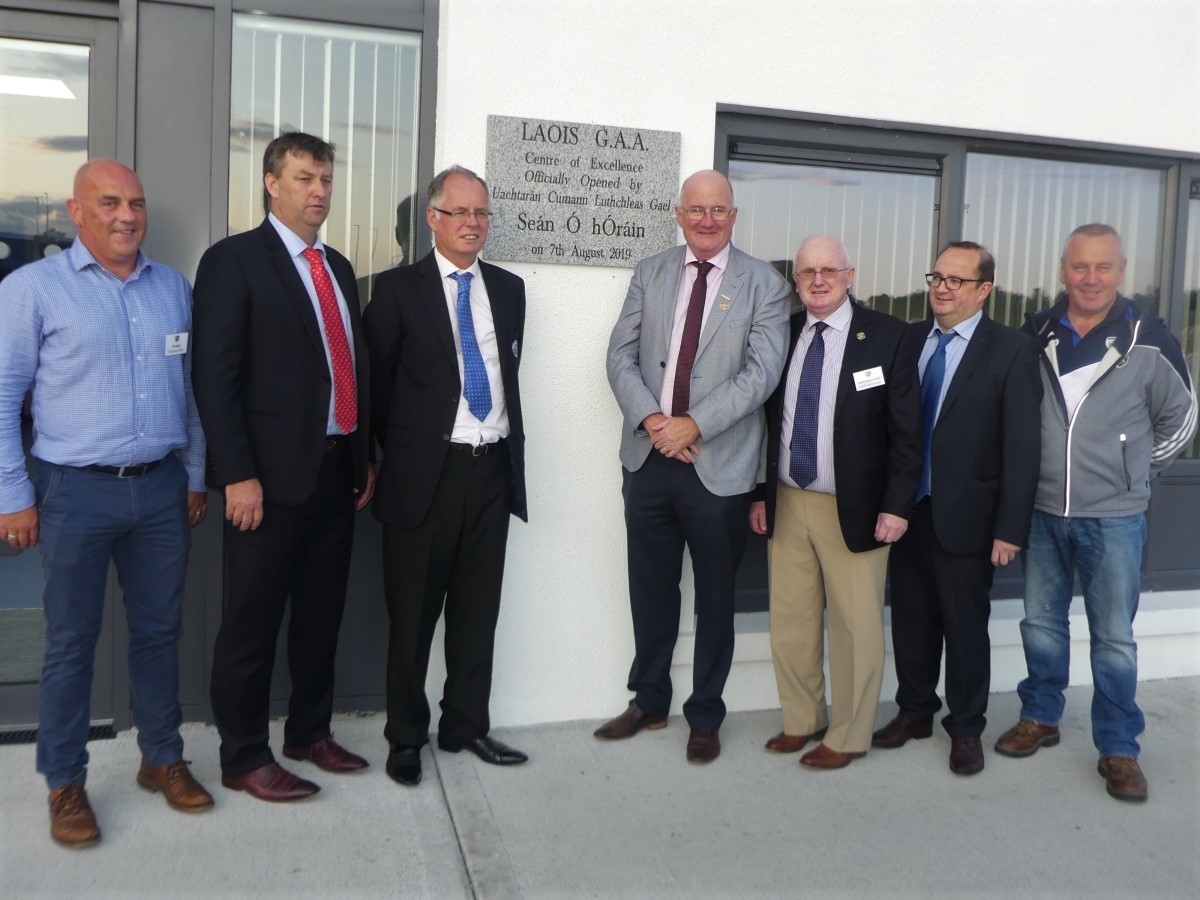 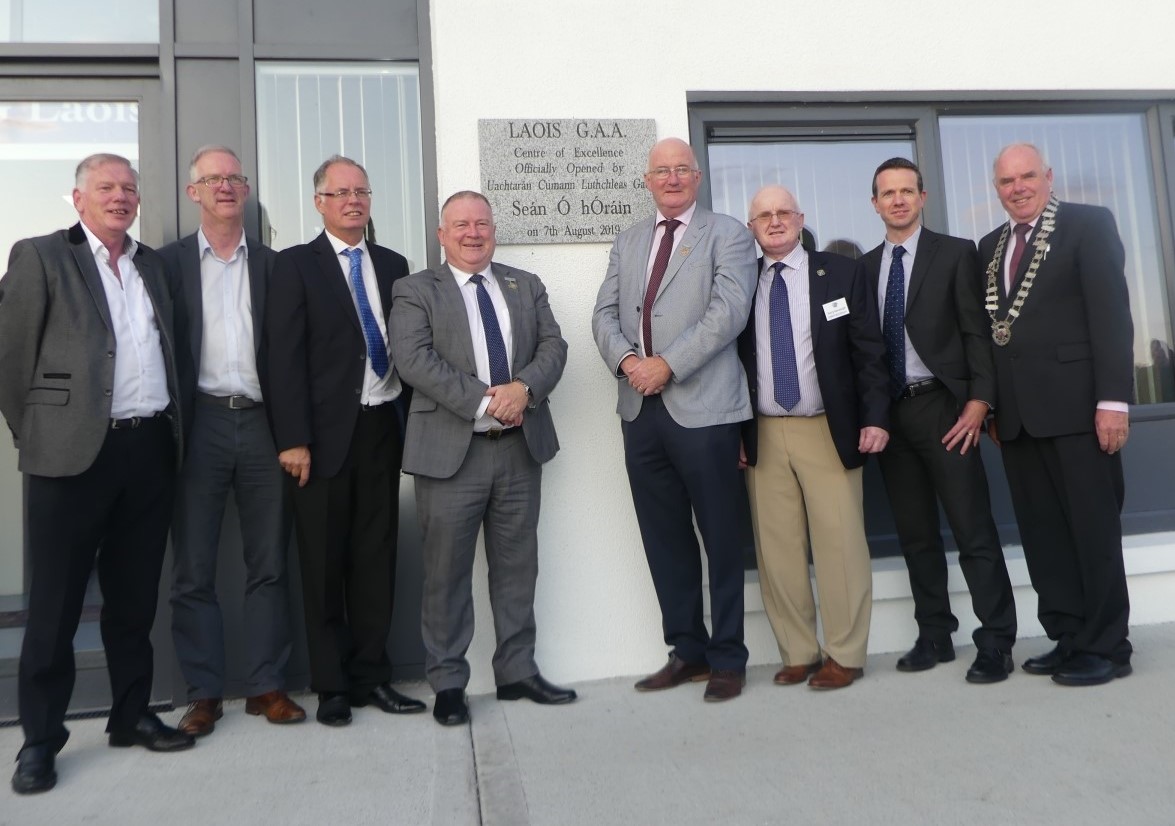 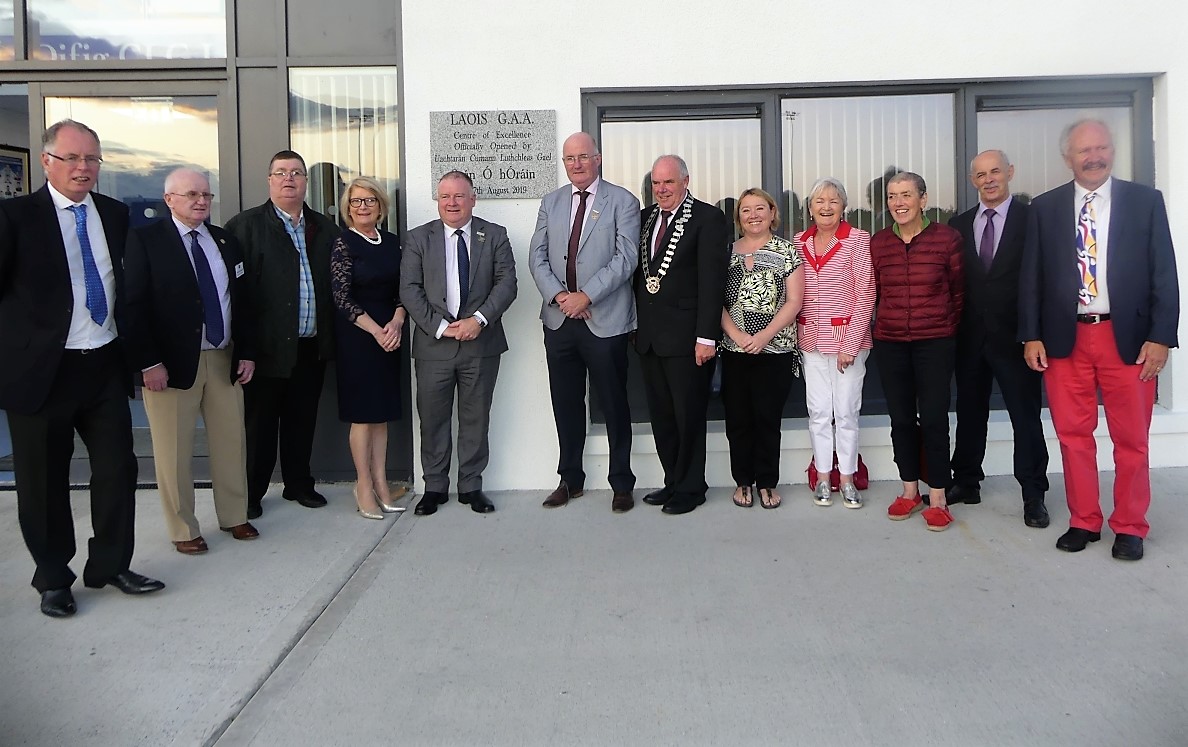 SEE ALSO – Laois family and friends raise over €10,500 for Pieta House in memory of Adam

WATCH: Laois Community turns out in force to celebrate much loved granny on 100th birthday

WATCH: Laois Community turns out in force to celebrate much loved granny on 100th...

Studying during Coronavirus: St Fergal’s Rathdowney student on prepping for state exams in a...