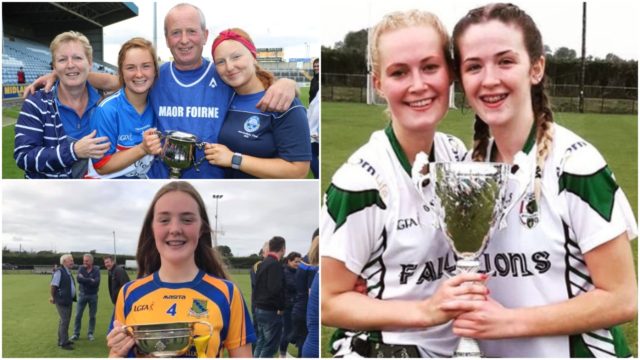 The Laois ladies football championships came to an end at the weekend with three winners crowned in the Junior, Intermediate and Senior grades.

Sarsfield claimed their seventh Senior title in a row as they defeated Timahoe in Crettyard on Sunday.

St Paul’s will be contesting with Sarsfields and Timahoe next year after a 13-goal thriller with Ballyroan secured them the Intermediate title.

St Paul’s have had a remarkable two years having won the Junior title in 2018 and now winning the Intermediate title in 2019.

In the Junior grade, it was Clonaslee who ousted Ballyfin with full-forward Hannah Russell having a superb game at full-forward.

This a wonderful achievement for one of Laois’ newest ladies teams and with their youthful squad, they’ll be right up there come the Intermediate championship in 2020. 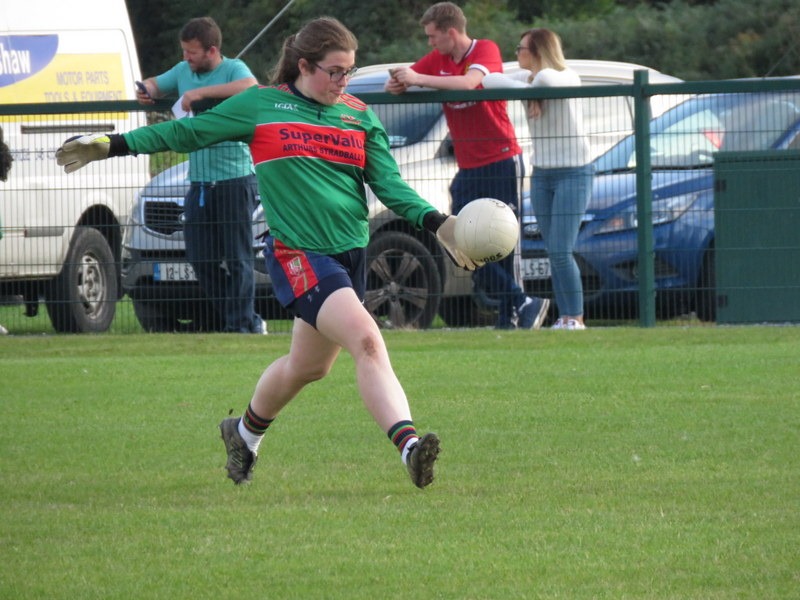 Sarsfields scored four goals in the end but two of them came late on and there was little Emma Brophy in the Timahoe goals could do about them.

She pulled off a couple of good saves across the course of the hour, was solid under the high ball and her kickouts in the first half were crucial in giving Timahoe an attacking platform that helped them lead at the break.

Lawlor is one of the new faces on the Sarsfields team and she looks a player with a good future.

Brought ball out of defence well on numerous occasions and always seemed in control as Sarsfields won their seventh title in a row. 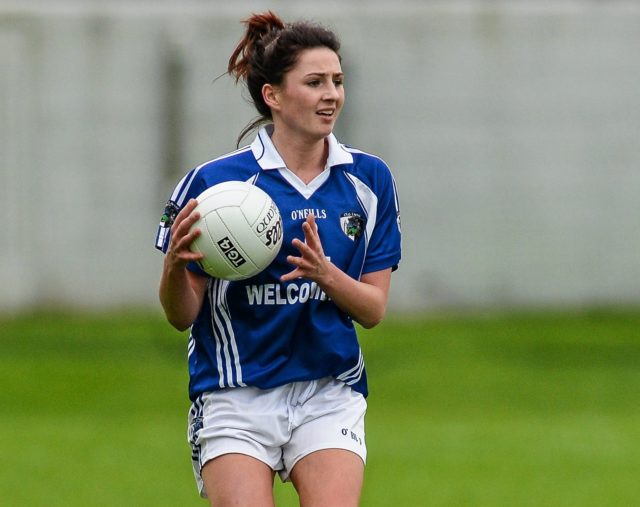 Clodagh had the tough job of having to mark Emma Lawlor, but credit to the Ballyroan woman, she came out with the ball on many occasions and was unlucky to be on the losing side. 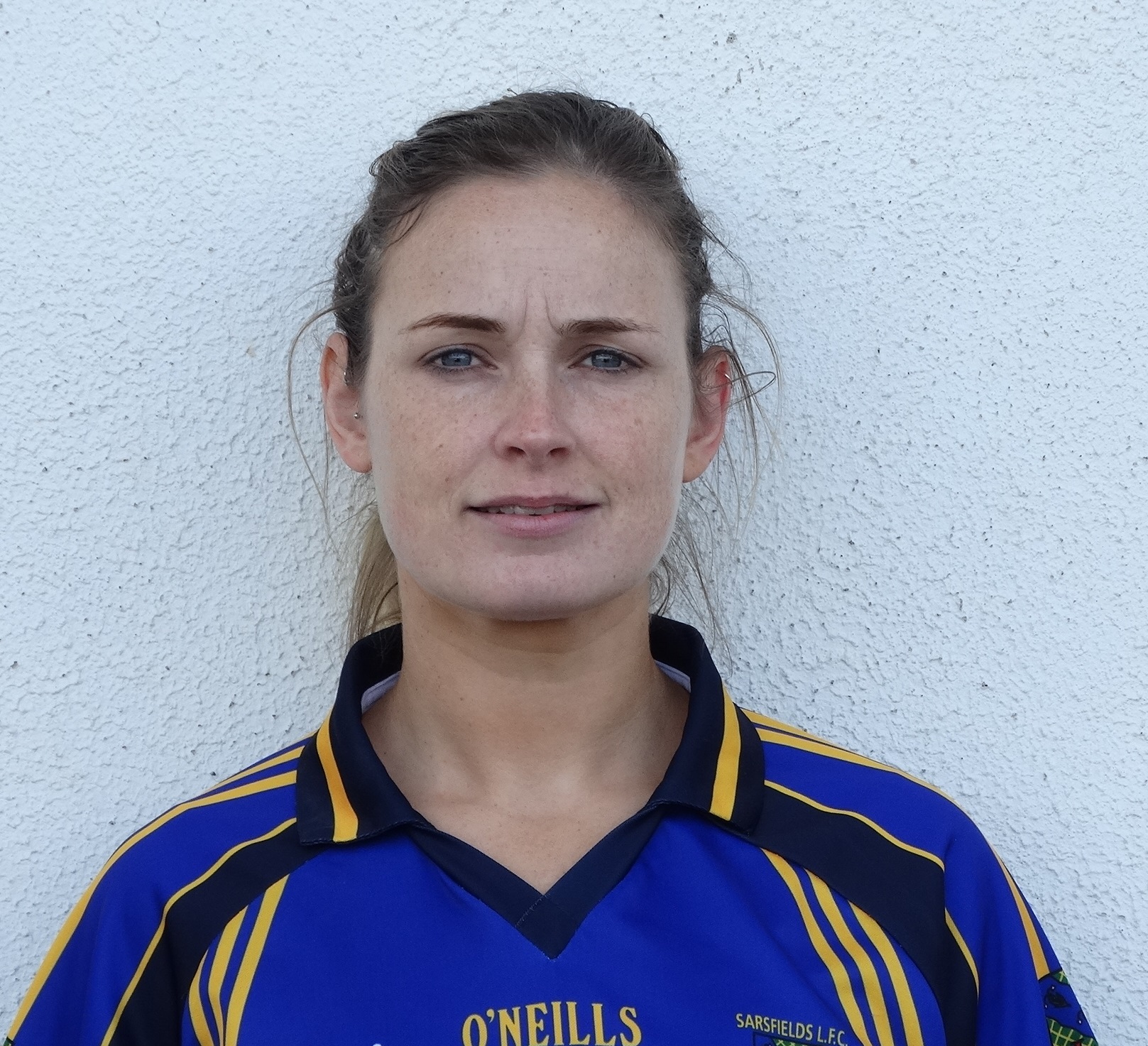 The McEvoy sisters filled the full-back and centre-back jerseys for Sarsfields and have been mainstays for the best part of a decade.

As well as being solid as a rock defensively, Jenny at full-back also had the duty of taking the kickouts. Having a player of her experience so central at the back was key for Sarsfields in weathering the early Timahoe storm.

Williams missed the last couple of seasons with Sarsfields because of her travels but she returned this year and slotted straight back in at wing-back.

Got on a mountain of ball in the first half and rarely put a foot wrong, using it well, creating an extra player going forward and giving Sarsfields a dangerous running threat in the first half. 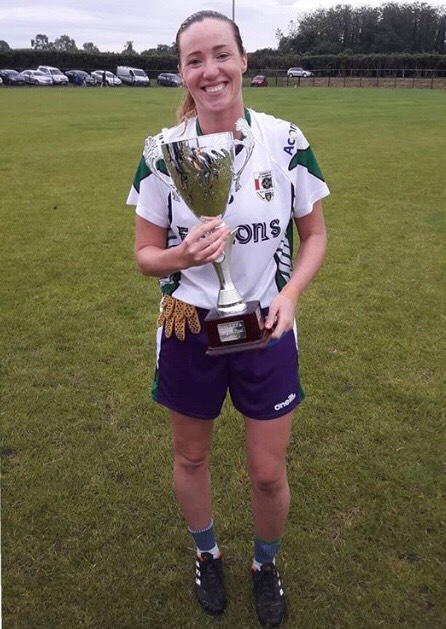 Rose was a powerhouse in the Clonaslee midfield and was very effective at both defending and attacking. She did get a goal for herself to cap off a good performance. Picked at centre-back here for Team of the Week purposes. 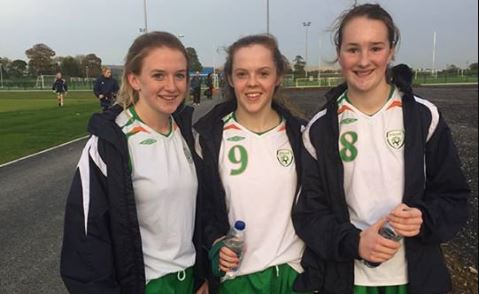 Gillian has represented the Irish women’s soccer team at underage and is also well-known on the athletics scene. She was instrumental on Saturday setting up score after score and then fired in a goal of her own. She was unlucky not to get a second goal, but her effort went marginally wide. 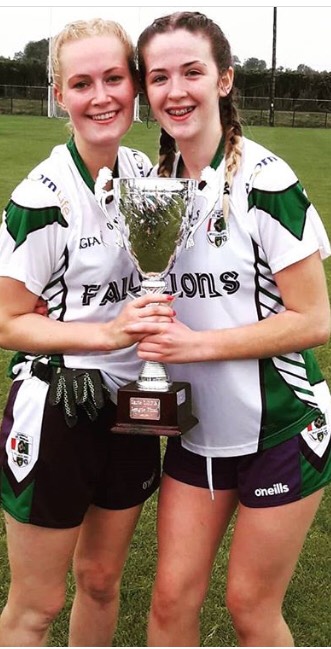 Kate was immense throughout the game setting up quite a few scores and she also notched 1-2 from play, in what was a great performance from the Clonaslee woman. 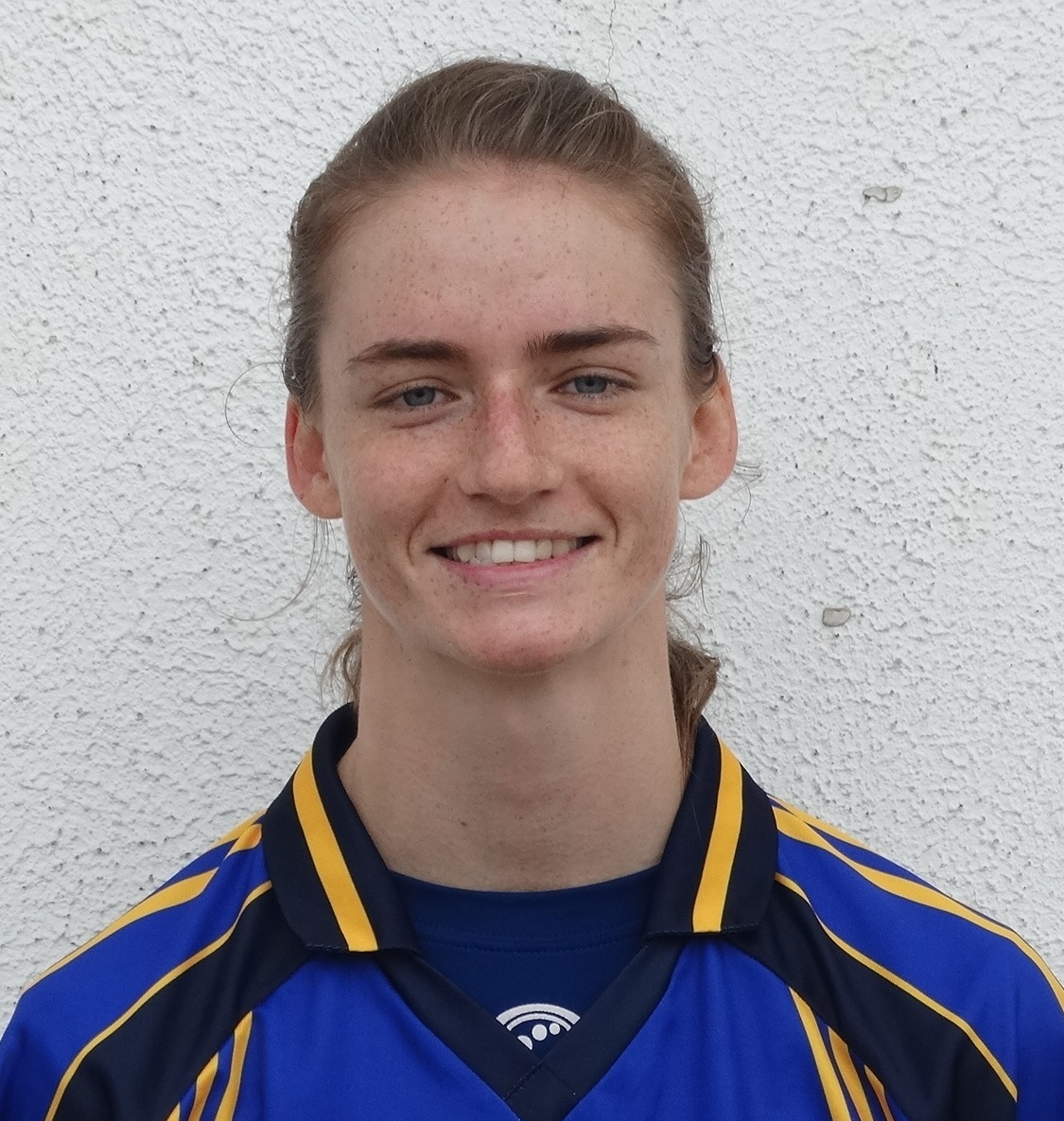 Sarsfields are a very well balanced team with quality players on every line of the field. Dunne is a great athlete in midfield and got up and down the field brilliantly over the course of the hour.

Very stylish on the ball, she also struck for the crucial goal early in the second half, one that got their noses in front and turned the game firmly in their favour.

It’s rare that a player not from the county champions will be honoured with player of the year but you could make a case for Nerney following hugely impressive semi-final and final performances.

She hit 1-7 on Sunday, 1-4 of it from play, and Timahoe’s struggle to get possession high up the field meant they only got two points after half time. Has the full bag of tricks and a really classy left boot. 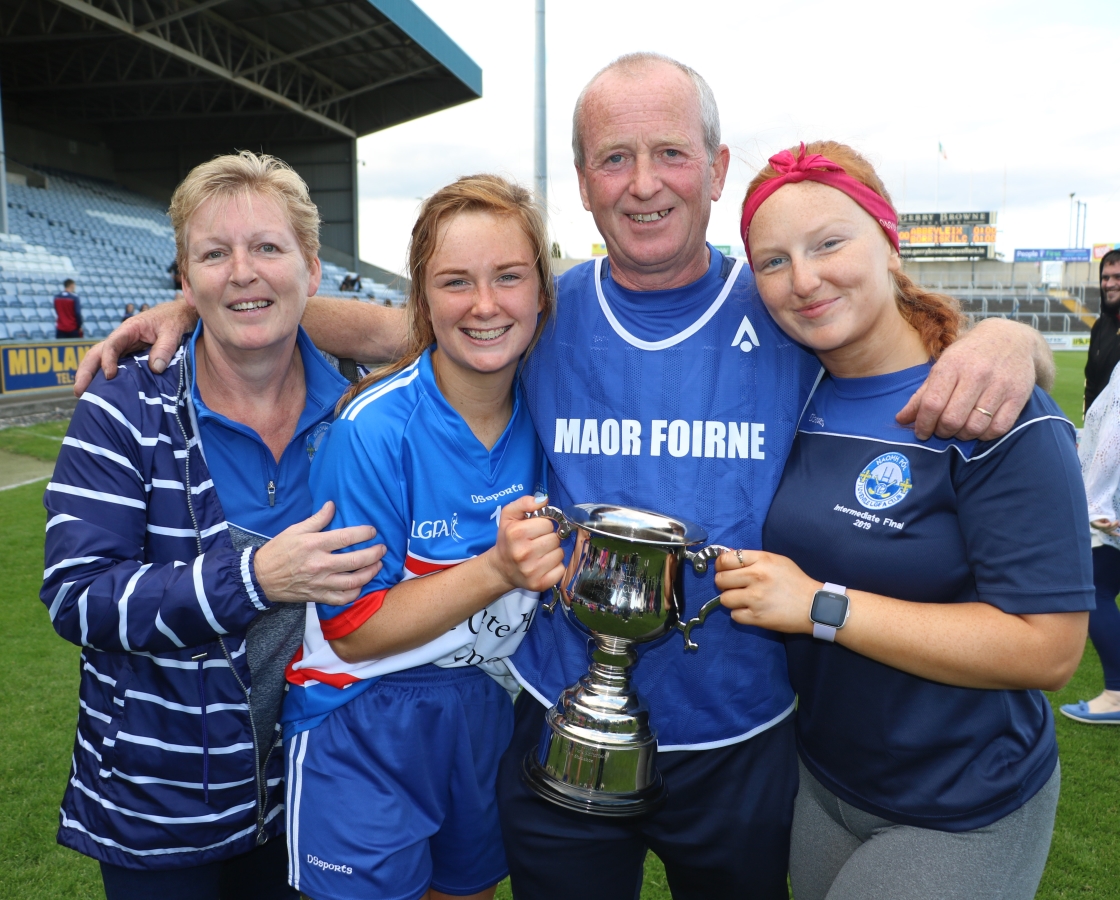 Shannon was a threat to the Ballyroan defence from the off having scored a goal within two minutes on Saturday. Her goal after a fabulous run from the 45-yard line before she rifled the ball into the roof of the net. She scored an insurance goal late on to secure the win on Saturday.

Dunne was on fire for Sarsfields in the first half of their county final win over Timahoe in Crettyard. She got an early goal, kicked a couple of lovely points and her direct running caused the Timahoe defence plenty of problems.

With Timahoe having such a good first half, Dunne’s display was central to keeping Sarsfields in touch.

Kate was Ballyroan’s top performer on Saturday and scored an incredible 3-5 for her side. She scored within a minute on Saturday and the St Paul’s defence weren’t able to handle her direct running as she strode past them on many occasions. She didn’t deserve to be on the losing side after such an immense showing. 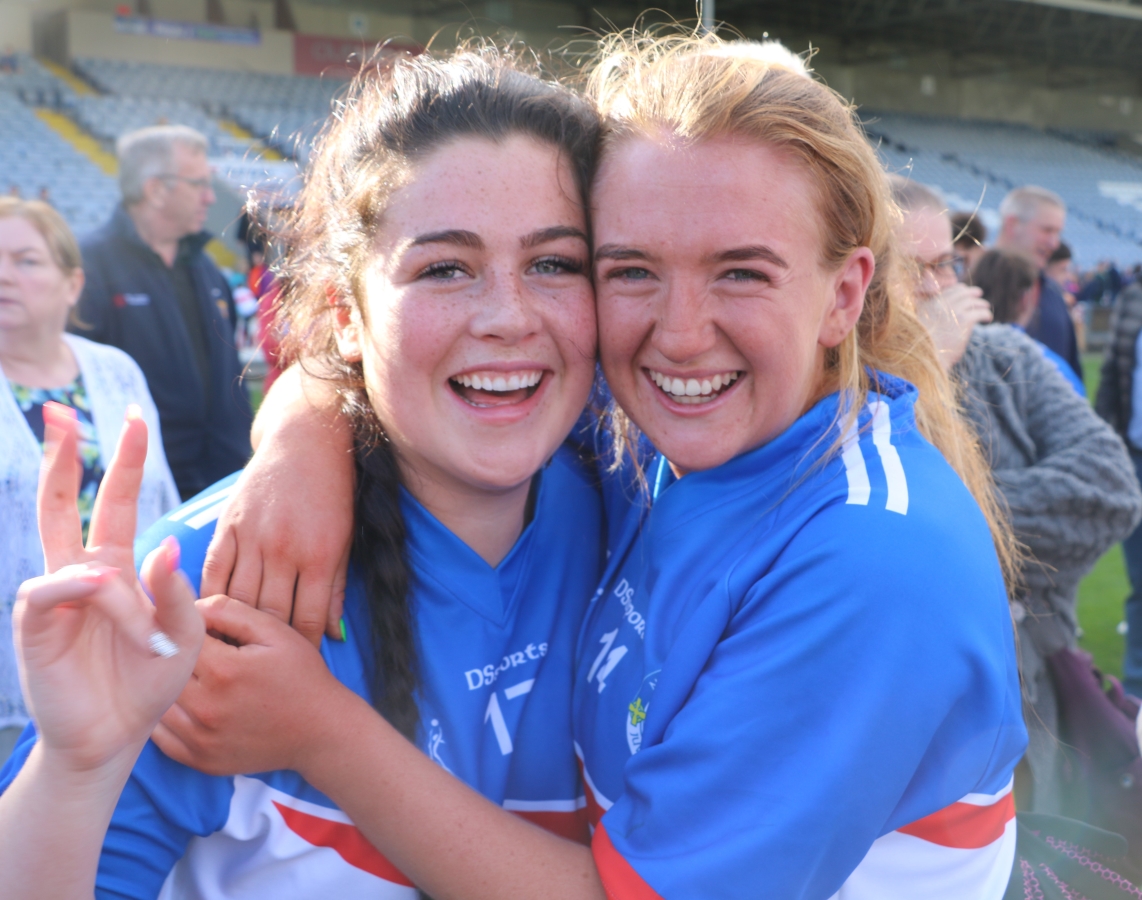 Emma has had an incredible year with St Paul’s and with Scoil Christ Rí. She was a star performer in the side which won the All-Ireland School championship earlier this year. Emma was too hot to handle as she drove at the Ballyroan defence time and time again. Her match-up with Clodagh Dunne was a titanic battle and Emma went on to score 1-4 in the game.

Hannah was the player of the match against Ballyfin with the Clonaslee woman scoring a tremendous 2-8 in the game. She was immaculate with her free-taking as well as she pointed five frees in a wonderful performance which secured the Junior title for the Clonaslee women.