2004 – Destiny’s Child was in full swing, ‘Mean Girls’ had just been released and low-waist jeans were regularly seen on the red carpet.

That was a junior title, as Laois Camogie had not yet made the leap up to intermediate status. This would later come in 2015.

Four of that 2004 winning team still remain involved in the St Brigid’s setup, now playing Camross in the intermediate county final this weekend.

Sharon Moylan, Sarah Cuddy and Lorraine Tracey all tog out for their beloved club, while Trish Bergin now helps train the side.

The last time St Brigid’s contested the adult championship county final was in 2010, and club chairperson Ciara Carroll described the feeling after the final whistle blew in the semi-final last Saturday.

St Brigid’s two point victory over O’Moores that day launched them into the final – ending their ten-year hiatus of not appearing in the final stage.

However those who have followed the Laois camogie club scene will know that this was certainly not a shot in the dark for the purple and gold.

In last year’s semi-final, they were just pipped by O’Moores by a mere two points, with O’Moores going on to become county champions for 2018. 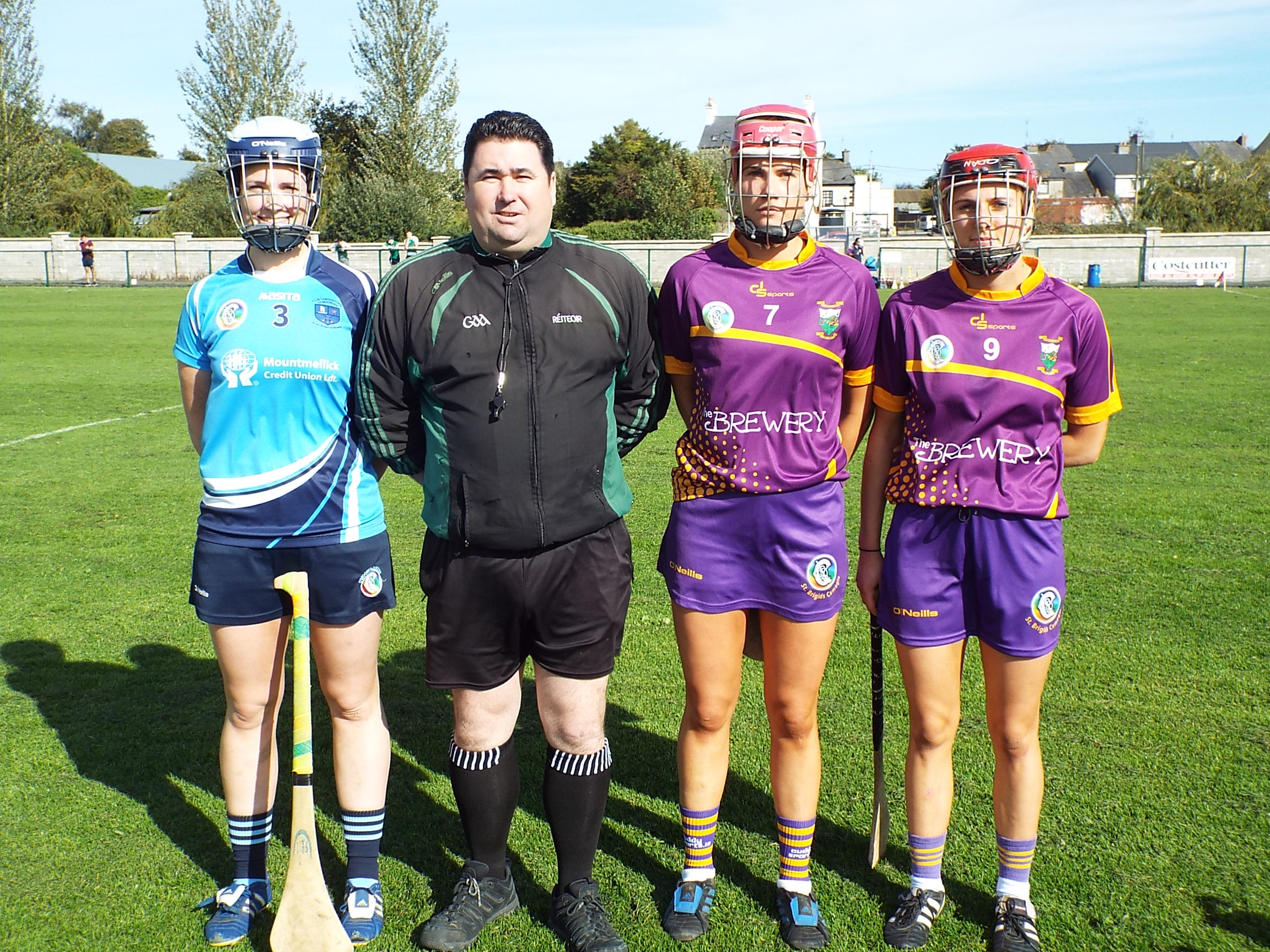 “That was heartbreaking, they had worked so hard and were disappointed on the day,” said Carroll.

They went on to win the intermediate shield final against The Harps, and won the minor ‘A’ final for 2018.

This year, they re-grouped and set their stall as far back as March, winning the Leinster League Division 3 Final.

When St Brigid’s and Camross faced off in the group stages back in June, one strike of the ball was the difference between the teams, Camross coming out on top 1-9 to 0-9.

Of course strong teams aren’t just built within a year. Carroll states that a huge testament to St Brigid’s ability comes from the work done all the way up along.

“It’s a great group and much of the group has been the same girls coming up along together, from juvenile level up,” she stated.

For Fergal Cuddy’s side, youth is a huge factor. Clodagh Tynan, still only a minor, is a name already synonymous with Laois camogie.

The centre-back wreaked havoc for O’Moores in the semi-final and was certainly a deserved Player Of The Match in our eyes.

Joining the minors are the likes of the accomplished Laois shotstopper Laura Dunne. Co-captaining the side this year are the talented intercounty duo of midfielder Sarah Creagh and half-back Roisin Kilmartin.

All-Ireland minor winner Quinlan joins Creagh in midfield, while some other noteable names on the side are Grainne Hyland, Maggie Hogan, Eimear Guidrea, and Aisling O’Dea.

Training the side are Fergal Cuddy, Mossy O’Connor, Trish Bergin and Orla Wynne on stats.

The work in St Brigid’s doesn’t just stop and start with their adult team.

Toughness and intensity is guaranteed in this intermediate final, with neither team being afraid to get stuck in and rise to the challenge in the heat of battle.

If you’ve never been to a camogie game before, this final should have you raring to see the players line out for their clubs and county again and again.

St Brigid’s and Camross will take to the field for the Laois camogie intermediate final on Saturday, September 21 at 3pm.