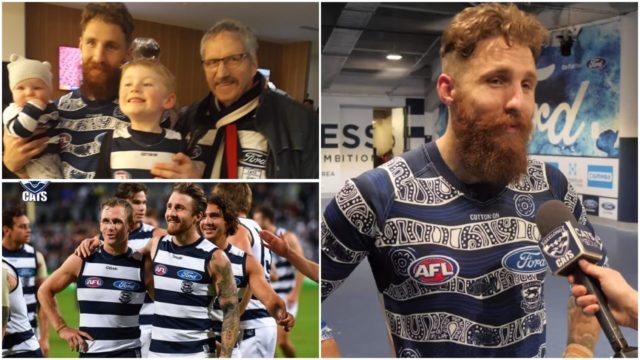 Former Laois and Portlaoise footballer Zach Tuohy is hoping to become the first Irishman since 2006 to play in an AFL Grand Final.

Tuohy, along with Kerry’s Marc O’Connor, are part of the Geelong Cats side that will face Richmond in the 100,000 seater MCG this morning at 10.50am.

The last Irishman to reach the final was Kerry All-Ireland winning footballer Tadhg Kennelly – who won the competition with Sydney Swans in 2005 before losing the 2006 decider to West Coast Eagles by a point.

Geelong suffered a setback when they lost two weeks ago to Collingwood in the qualifying final but because Geelong had finished in the top four after the league section, they were guaranteed a second chance if they lost.

And they took that with both hands in Melbourne on Friday when they beat the reigning champions West Coast Eagles from Perth by 88 points to 68.

The game was played before a crowd of over 50,000 in the famous MCG stadium.

It means that Geelong now go forward to what the Australians call the ‘Preliminary Finals’ – or semi-finals as they’d be known in this part of the world.

They’ll play Richmond this morning, who finished third in the regular season but who won their first finals game last week against the Brisbane Lions.

Kennelly, who won a Grand Final in 2005 with the Sydney Swans, is the only Irish player to have ever won a ‘Premiership’.

Geelong last won the Grand Final in 2011, in what was then their third success in five seasons.

Best of luck Zach! You can watch coverage of the game this morning on BT Sport.