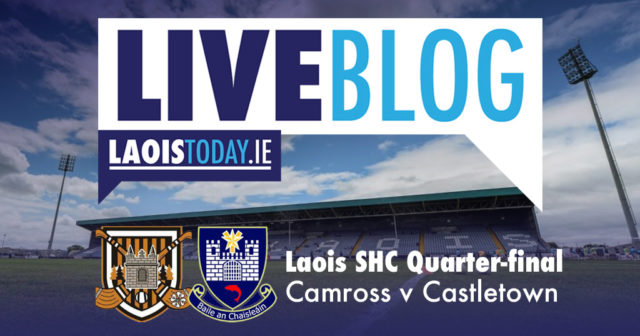 We’re down to serious business now.

After a couple of rounds of shadow boxing, proper championship hurling gets underway tonight.

And in Laois, what better way to kick things off than a knockout game between fierce rivals Camross and Castletown.

It’s 13 years since the two last met in a knockout game – a 2006 quarter-final that ended with a seven-point Camross win and anarchy in O’Moore Park.

Here’s hoping we won’t witness anything like that this evening.

Camross, going for an historic three championship titles in a row, are 2/7 favourites but don’t come into this game with huge form having lost two of their three group games and without the services of talisman Zane Keenan.

Castletown won last year’s group game between the two but were a Gaels combination with their neighbours Slieve Bloom but despite that opening round triumph they still ended up in a relegation playoff.

The prize for the winners is a semi-final place against Rathdowney-Errill or Clough-Ballacolla.

The action gets underway at 7.45pm.

Don’t miss a minute of it with our Live Blog, which you can follow in full below.