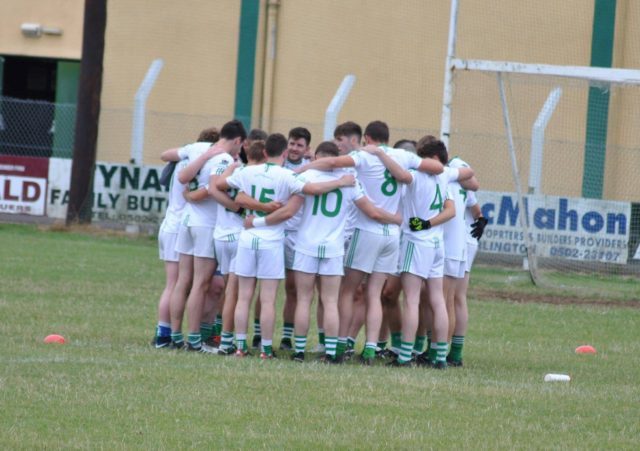 Rosenallis will play in the 2020 Laois senior football championship after they defeated their neighbours Clonaslee in a dramatic affair in O’Moore Park this evening.

Clonaslee played with 14 men for 41 minutes and were reduced to 13 men with ten minutes to play but every time they lost a player, their response was unreal.

Darren Hogan went early on with Diarmuid Conroy shown his marching orders later in the second half before Glen McEvoy was shown red with the game in injury time.

But after the dismissals of Hogan and Conroy, Clonaslee hit back with points and the game’s only goal respectively and they actually took the lead for the first time as we entered what would be nine minutes of injury time.

Rosenallis had man of the match Mark Dunne sent off too near the end when he picked up a black card after already being on a yellow but it was substitute Joey Shelly who kicked the winning points in a marathon game.

Rosenallis completely dominated the opening 16 minutes of this game and looked like they were going to run away with it.

They were four points up before Clonaslee opened their account after nine minutes through Niall Corbet but Rosenallis would soon lead 0-8 to 0-1.

Eoin Dunne, Ronan Murray and Mark Dunne all pointed with John Lennon kicking the point of the half off the outside of his boot from 35 metres.

But then Clonaslee were reduced to 14 men when Darren Hogan appeared to strike Ruaidhri C-Fennell off the ball – which was spotted by the umpires – and referee Des Cooney duly sent him off.

Instead of spurring Rosenallis on though, the man disadvantage actually seemed to work in Clonaslee’s favour as they outscored Rosenallis by five points to one in the time that remained.

Niall Corbet showed his class with two frees, a 45 and a super score from play for Clonaslee to bring them back into the game.

Ronan Murray ended the scoring spree but Paddy Hyland slotted over the final point of the half to leave Clonaslee trailing by three – 0-9 to 0-6 at the break.

Clonaslee picked up from where they left off on the resumption of play as Sean Dunne reduced the margin to two but Rosenallis got going again.

A fisted effort from Brian Fitzpatrick moved them back three ahead and they made it 0-11 to 0-7 as we entered the final quarter through Mark Dunne.

Clonaslee sub Robert Downey narrowed the deficit to three after 50 minutes but disaster would strike them once again three minutes later when Diarmuid Conroy was shown a straight red card by referee Des Cooney for another off the ball incident.

But just like in the first half when Clonaslee were reduced by a player, their response was amazing. They charged forward and Niall Corbet laid the ball off to corner back Liam Senior who drilled it into the bottom corner of the net.

All of a sudden we were level with five minutes of normal time to play. And then teenager Cian Barrett kicked Clonaslee ahead for the very first time as we entered the final minute.

Six minutes of injury time were signalled and in the third minute of it, Mark Dunne levelled the game.

Clonaslee were then reduced to 12 men when Glen McEvoy was sent off for a second yellow and Rosenallis hit the front through sub Joey Shelly after 66 minutes.

Shelly added another with the final kick as Rosenallis eventually ran out winners in a simply crazy game. 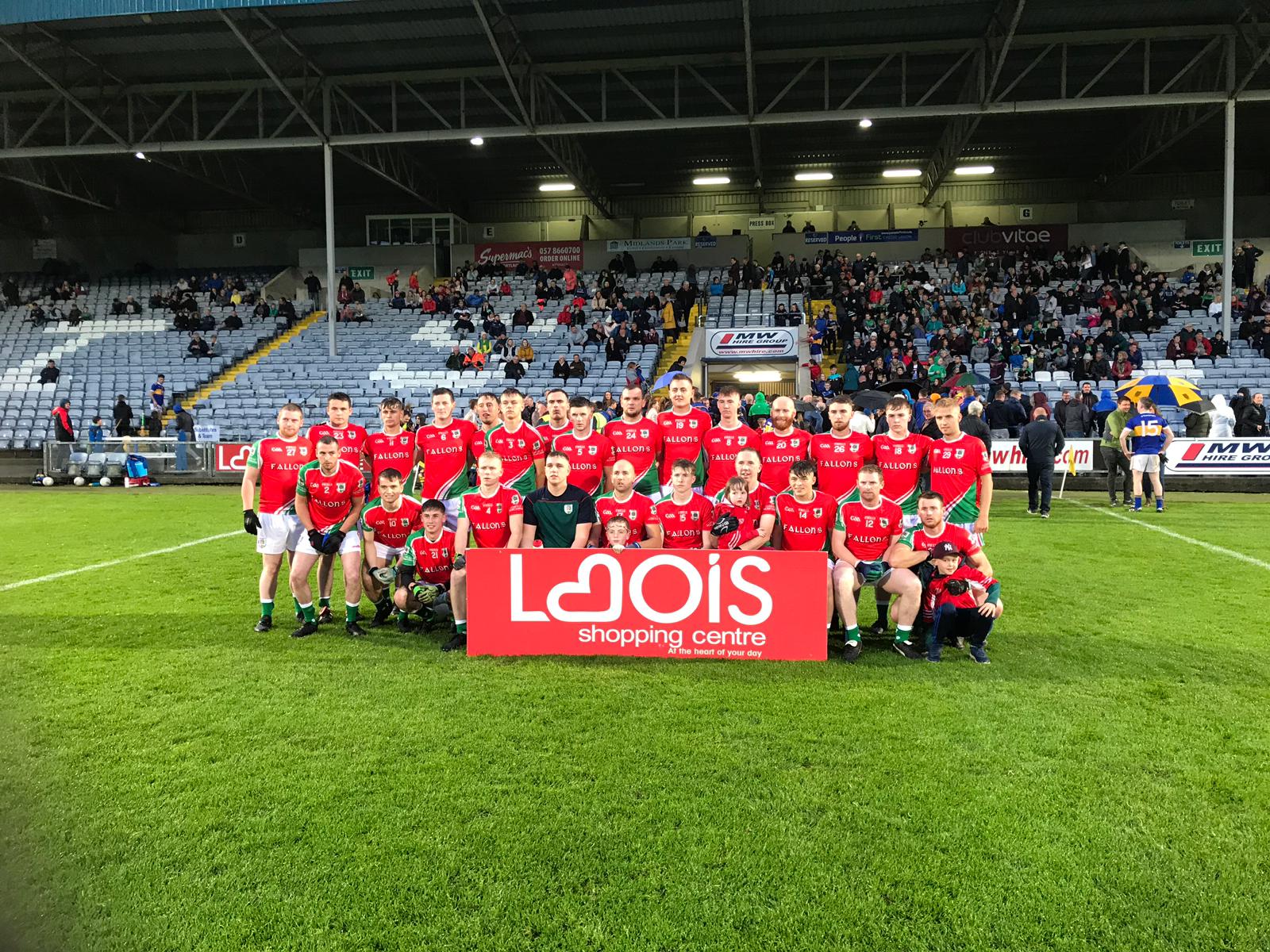