This Sunday in O’Moore Park, the footballers of Killeshin and Ballyfin will do battle in the semi-final of the Laois senior championship.

A little over ten years ago the fixture would barely have been a standout game in the junior grade.

This year, however, one of them will play in a senior final for the first time ever. Over the last 20 years, Arles-Killeen, Arles-Kilcruise and The Rock have upset the traditional old order and reached a senior final – now Killeshin and Ballyfin are seeking to get their biggest day of all too.

Killeshin will be appearing in their first senior semi-final since 1959. Prior to this year Ballyfin had only ever won two regular senior championship games in their history. A first ever quarter-final appearance – and that shock win over O’Dempsey’s – is now being followed by a first semi-final.

Rewind a bit though to the late 2000s. Both were junior and there was very few saying that they were out of place there.

Killeshin have been senior on a handful of occasions. In the late 1950s they won junior and intermediate titles in successive years, 1957 and 1958, with the likes of Sean Price and Liam Doran as their star men. In 59 they reached a senior semi-final only to be beaten by the fine Portarlington team of that era.

They won intermediate again in 1974, incidentally in a game where they beat Ballyfin on a scoreline of 0-8 to 0-2, and again in 1994, a triumph they celebrated the 25th anniversary of last year.

But their stays at senior were never overly lengthy ones. By the mid 2000s they were back in junior and they failed to get out of the grade in 2006 and 2007 at a time when Ballyfin were there too but not serious challengers by any means.

2008 was a sort of breakthrough year for both with Ballyfin winning the Division 3 league title and Killeshin winning the junior championship.

Killeshin beat The Heath’s second team in the junior final on a wet day in O’Moore Park, their winning goal an absolute cracker from Barry Ryan who’s still involved. That goal was the highlight and the winning of a game that Killeshin edged by 1-4 to 0-6.

Ryan is still involved as is Pauric Bolton, who was captain that day. Bolton said in his captain’s speech that Killeshin would be senior within a couple of years but few would have put money on it.

Yet they were a coming club with ambitious plans for the development of their facilities, a growing community on the edge of Carlow town, a primary school that was increasing in numbers, a good underage amalgamation with their neighbours Crettyard and a lot of their teenage players getting good exposure with Knockbeg College.

In 2009 they reached the intermediate final in their first year back in that grade, losing out to Clonaslee in the decider.

They failed to get out of the group in 2010 but things all came together for them in 2011 when they featured and reached the final of the Celebrity Bainisteoir TV programme with Tony Cascarino as their manager and then went and won the intermediate, beating Ballyroan-Abbey in the final. 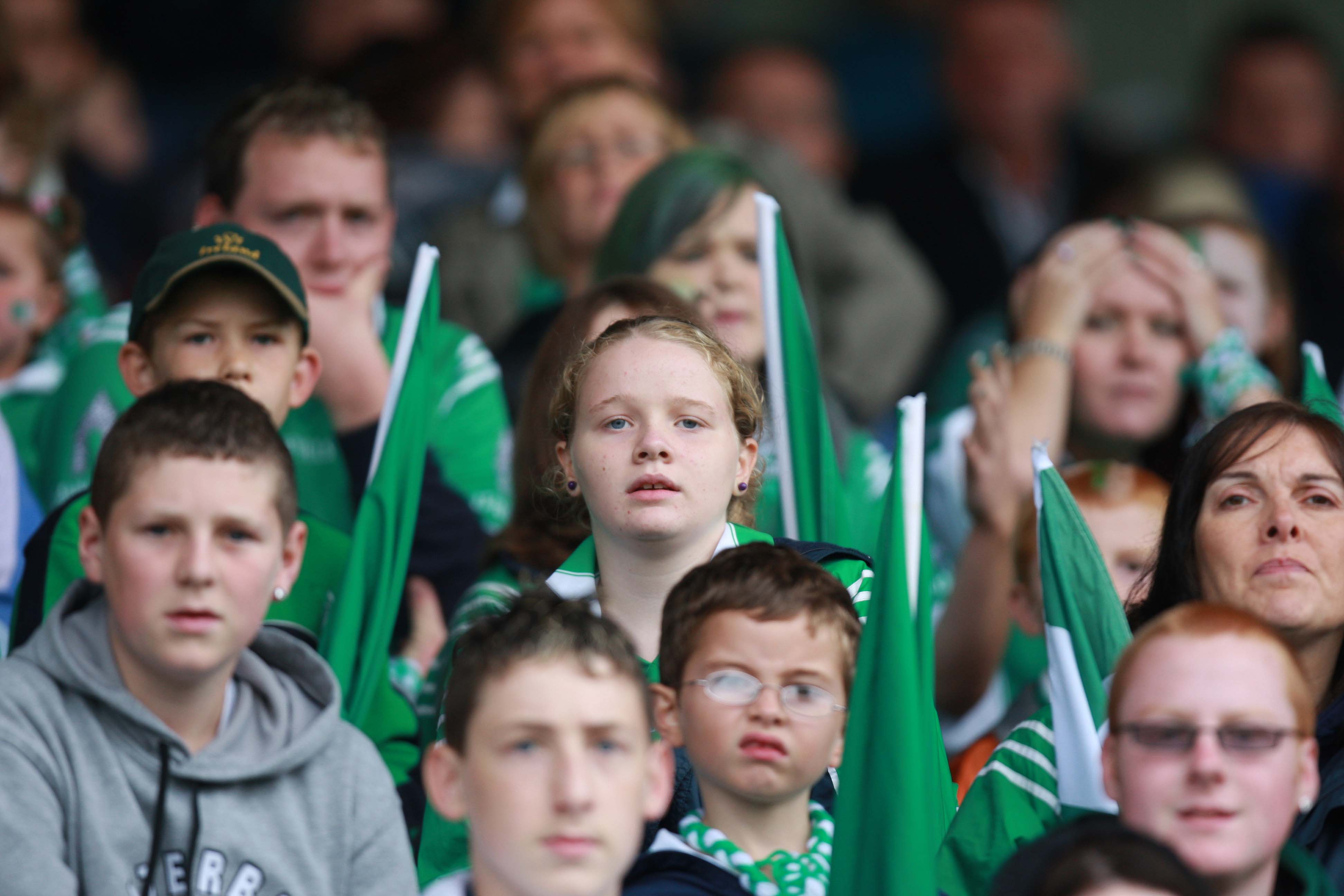 They’ve been senior ever since and not once have they even brushed with relegation.

After 2008, Ballyfin went about following a similar path. They lost the junior final to The Heath in 2009 but came back and beat Spink in 2010.

Throughout 2011, 12 and 13 they were intermediate but their best showing was a semi-final appearance in 2012. Then in 2014 they went and won it out, beating Clonaslee in the semi-final and Timahoe in the final with Sean Moore announcing his name to a wider audience by scoring three goals. They’ve been senior since.

While Killeshin have been building steadily since they won the intermediate title in 2011 and have been in quarter-finals in the last two seasons – only losing after a replay last year – Ballyfin’s run has really come from nowhere.

Last year they only maintained their senior status thanks to a relegation final win over Clonaslee.

And having pulled out of the league altogether in 2018, this year they played in Division 3, the fourth tier of club football in the county, two divisions lower than Killeshin and three below this weekend’s other semi-finalists Portlaoise and Portarlington.

It was a shambles of a competition and they only played five of their 11 regular games as withdrawals and walkovers were rampant. It was a division comprised mostly of Junior ‘A’ and Junior ‘B’ teams and even one Junior ‘C’ team – the third strong side from O’Dempsey’s, a club whose first team Ballyfin would later stun in the senior championship.

Predictably Ballyfin eased to the final but they needed extra time to see off The Rock.

As they gathered for a team photo that night in Mountmellick, one of them quipped that “Graiguecullen are getting worried!”

There was laughter all round but there was a couple of hints that evening that they were beginning to motor. Even allowing for extra time, to score 1-27 was some going. James Finn and Darragh Connolly, both just back from their travels, only came on at half time. James Moore didn’t play at all. But Allan Connolly scored three points from play in the first half alone from wing back and Jack Priestley, who has had an excellent underage soccer career, scored a couple of nice points from play.

Manager Killian Fitzpatrick, a former player with the club who was also over them when they won the intermediate five years ago, and Longford native Daryl Egan, now a teacher in Portlaoise College but previously a colleague of Fitzpatrick’s in Portlaoise CBS, were assembling a fine team.

A couple of weeks later they did put it up to Graigue, playing a defensive game and being very hard done by the final score of 2-11 to 0-7 as Graigue’s two goals only came late on.

Since then Ballyfin have caught fire. They hit Crettyard for 4-13 in the second round, then they scored 5-17 against Arles-Killeen and then dumped O’Dempsey’s out. In their last two games they were 3/1 and 4/1 outsiders. Tomorrow they are outsiders again, although at 7/4 they’re not the no hopers they were considered in the earlier rounds. 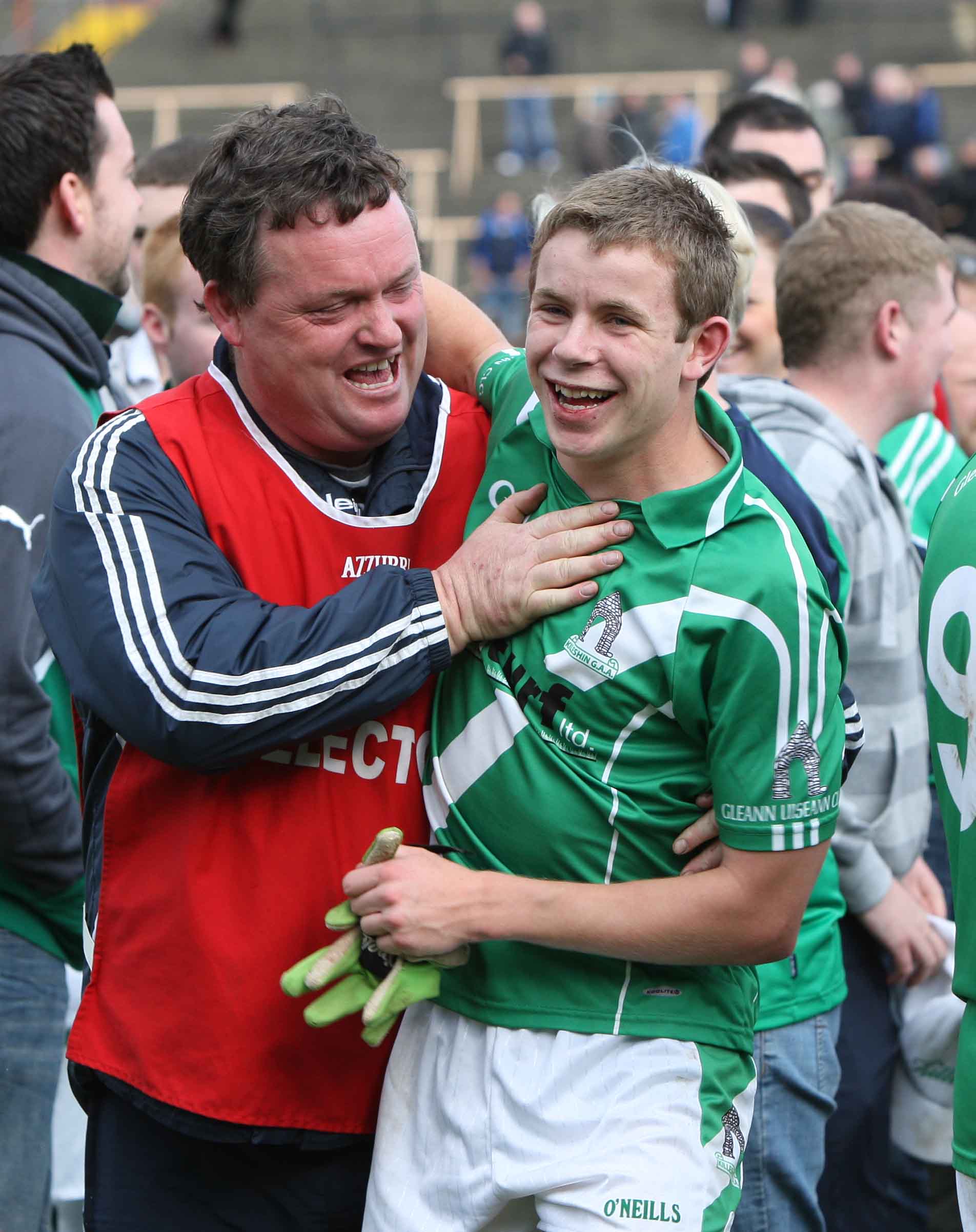 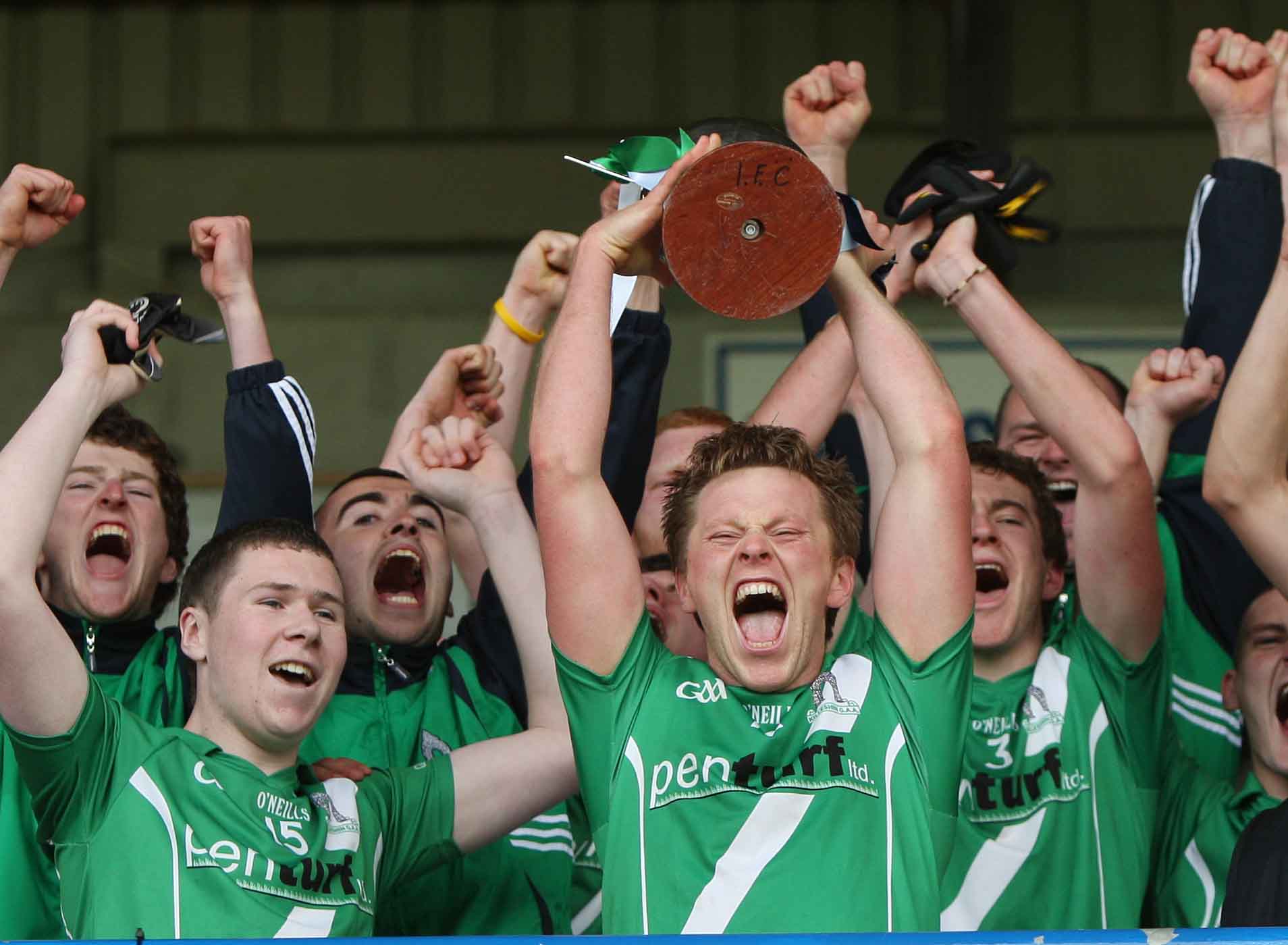 Both clubs will know the size of the opportunity in front of them. A decade ago they could only have dreamed of a day like it.

In two weeks one of them will march behind the band on county final day.

Who could ever have seen that coming?