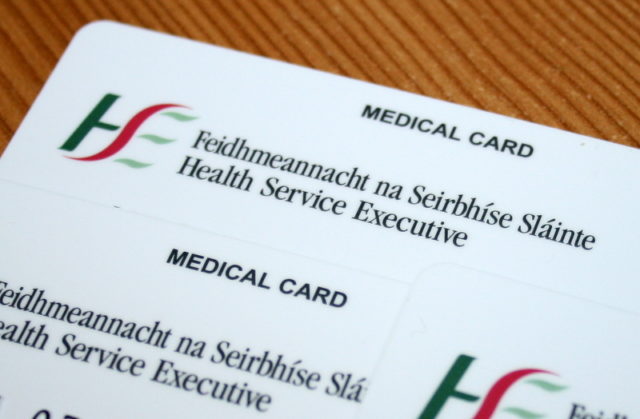 “We all second that,” affirmed the Chairman, Cllr Willie Aird this week as he led unanimous support for his Council colleague Noel Tuohy’s call for the Government to restore medical cards to those in critical need.

Cllr Tuohy commended Deputy Seán Fleming for highlighting the issue nationally, but said that Fianna Fáil must now go further by ensuring the Government overturn the policy of the HSE to revoke medical cards on technical and flimsy grounds.

“This is a shameful policy and the shame is on us unless we bring pressure to bear on Government to reverse it and to restore medical cards on the basis of serious illness and certified medical need,” he said.

Cllr Tuohy maintained that cancer patients and others with life-long and life threatening illnesses have had their medical cards taken away. This he said must rank as the meanest and most callous cut of all.

“This present government has had many failings and shortcomings but none more so than in the area of health. I am genuinely appealing today to all my colleagues to set party politics aside and to collectively pursue a change in government policies on medical cards in the public interest.

“We are all here sick of writing to Ministers and receiving the same stock replies but no real action. This is the case on so many important issues which are either fudged, fobbed off or kicked to touch in the hope that we will simply forget and go away.

“While the Government is shy in collecting the basic 12.5% tax from multi-national corporations and instead afford them secret sweet heart deals, they have no hesitation in taking medical cards off grievously sick people. Sometimes on a technicality and sometimes because their family income is a few bob over the limit,” maintained Cllr Tuohy.

He continued: “Families in dire need of a medical card are being made pay the price for mismanagement and HSE budget overruns. I am talking of medical cards being removed and declined to people who are seriously ill with cancer and other life threatening conditions. That is an outrage and a scandal and we have to join forces in having this policy stopped and overturned.”

Cllr Tuohy received the unanimous support of his fellow councillors that they seek the Minister for Health, Simon Harris to intervene and reverse the current policy.

“There are people dying of cancer and others struggling to survive serious medical conditions and we have taken away their lifeline of a medical card.

“We are told that prevention is better than cure; that people should not be clogging up A&E’s and hospital beds but ironically it is this pitiful, miserly, mean and penny pinching policy that is actually contributing to the waiting lists and the trolleys in our hospital corridors,” he concluded.