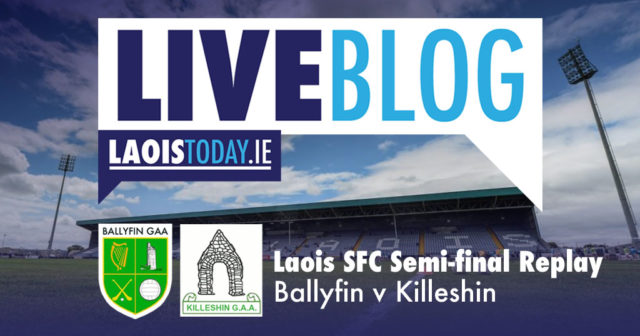 Sixteen teams started out at the start of the Laois senior football championship – now we’re down to three.

As always, Portlaoise were unbackable favourites and they have duly taken their place in the final thanks to wins over Ballylinan, Courtwood, St Joseph’s and Portarlington.

But the other two semi-finalists have caused some surprise by getting this far.

Whatever about Killeshin, who have been in three quarter-finals since coming up in 2012 and were only beaten in a replay by Graiguecullen last year, Ballyfin have essentially been the story of the championship.

And their mad season just keeps on giving. Ballyfin have responded to an opening round loss to Graigue by beating Crettyard, Arles-Killeen and O’Dempsey’s and kept their hopes alive by drawing with Killeshin in O’Moore Park last Sunday.

Both sides will have felt they could have won the drawn game, with both having had four-point leads at various stages.

In the end it was Killeshin who rescued the draw with a late Eoin Lowry point and they had a chance to win it moments later only for Stephen Attride’s shot from distance go wide.

A large crowd is expected in O’Moore Park again this evening and you can follow all of the action in our Live Blog.