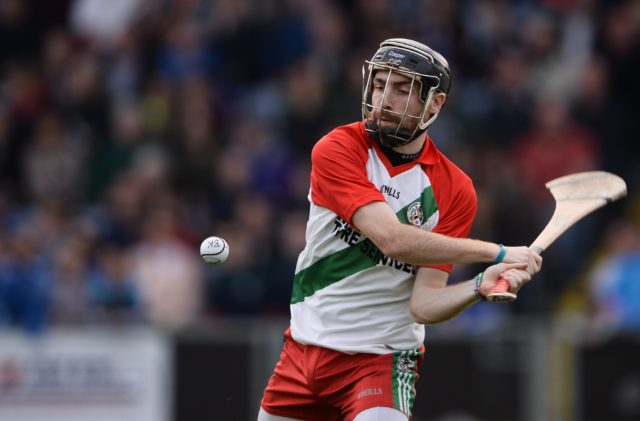 Borris-Kilcotton are through to the Laois SHC final following a hard-earned win over Clough-Ballacolla in O’Moore Park this afternoon.

PJ Scully helped himself to 18 points as Borris-Kilcotton booked their final place for the first time since their 2016 triumph.

They put in an impressive second-half showing as Scully, as he has done all season, led the way in the scoring.

The result overturns Ballacolla’s earlier group win and marks the second year in a row that Borris-Kilcotton have knocked their neighbours out of the championship.

Stephen Bergin, who has been having a fine season with club and county, got the game’s first goal when he capitalised on Borris-Kilcotton’s failure to clear the danger to fire a brilliant shot past Eoin Fleming in the 10th minute.

Bergin also added two points from play in the opening half but there was never much between the sides and PJ Scully’s unerring free-taking (though he was off-target with a couple of efforts from play and never got much space from Darren Maher) kept Borris-Kilcotton in it.

Neil Foyle and Aaron Dunphy also chipped in with points from play for Borris-Kilcotton who lost midfielder Colm Stapleton to injury after 25 minutes.

Borris-Kilcotton got on top in the second half and gradually started to put a small bit of distance between the sides.

Ballacolla, though, will rue the numerous wides in both halves including a succession of missed frees.

They clung in to the final whistle with Stephen ‘Picky’ Maher, Willie Hyland and Dunphy all pointing.

But Scully couldn’t miss in an exhibition of shooting and Joe Campion, Emmet Jones and Danny Fitzpatrick all got points too. Borris-Kilcotton had seven points to spare at the final whistle. A county final appearance in two weeks awaits.

SEE ALSO – Check out all our Laois SHC coverage here