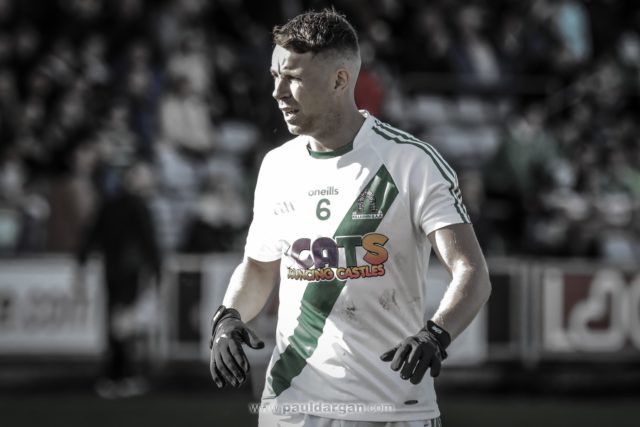 The county champion dream is still well and truly alive for Killeshin after they overcame Ballyfin in the senior club football championship semi-final replay on Wednesday night.

Despite the win, Laois captain Stephen Attride believes his side will need to sharpen up before they take on Portlaoise in the final.

He said: “I think a performance like today will not be good enough to challenge Portlaoise so we are going to have to sit down and analyse that and hopefully come up with a plan,” he told Jack Nolan in an interview with Midlands 103.

“More numbers start to show up at training and people in the community are showing more interest so we are on the crest of a wave at the minute. Hopefully we can carry it through to the county final,” he added.

It is the club’s first time in history to make it to the senior county final, something that the centre-back was still trying to process.

“I’m over the moon. It’s an unbelievable feeling. Never in our history have we done it so it’s hard to put into words,” he beamed.

Attride commended Ballyfin for their performance both in the first game and the replay saying: “Some of the victories they have had this year have been noteworthy so we knew what we were coming into.

“The first day was an almighty battle and again today we were never comfortable so credit and fair dues to them.”

Killeshin will look to stop Portlaoise who are going for their third-in-a-row championship win this Sunday, October 13.