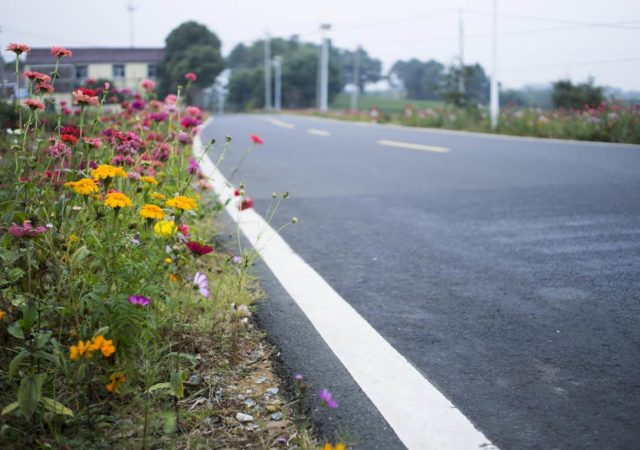 Good news for residents, motorists … and butterflies and bees this week.

Laois County council has agreed to embrace a proposal to plant more wild flowers where possible along our roadways to benefit the environment and pollinators.

The approach will also have the added advantage of improving the visual aesthetic of the county for both residents and visitors.

The suggestion was made by Cllr Aisling Moran and received wholehearted support from the rest of her colleagues.

However, the councillors were told that they had no such control or input as to how the motorway routes on the M7 and M8 through the county are maintained as this is the responsibility of Transport Infrastructure Ireland (TII).

Concerns were also raised over the ongoing delay over the completion of the southern circular orbital route in Portlaoise which is continuing to discommode motorists, match-goers and residents. Health and safety issues around the site and the cutting off of utility services without any notice were also voiced.

“These roadworks have caused huge disruption for months now and water supply and electricity have been cut off in the area without any notice.

“I don’t know how someone wasn’t injured with the way that works were left open and unprotected, there were serious health and safety issues, with so many people going to matches and everything” claimed Cllr Catherine Fitzgerald, who sought a commitment that the works would be finished and properly landscaped.

“How they got away with it I just don’t know. Health and safety was out the gate, but we’re almost over the line and I’m assured that it will be fine for all vehicles to pass safety and so on,” said Cllr Aird.

The Chief Executive John Mulholland emphasised that for him and the local authority that health and safety considerations are always of paramount importance, “whether it is ourselves or someone contracted to works on our behalf.”

The elected representatives were further assured that the works on the road are nearing conclusion and it would be operational mid-October and finished to the highest standards.

The ongoing development and imminent completion of the Portlaoise Southern Circular will include numerous elements of pollinator friendly planting, fully in keeping with the motion (from Cllr Moran).

Suitable pollinator-friendly native planting supports the enhancement of public realm presentation, supports biodiversity and compliments the more formal, mown grass areas on the approaches to and within our towns.

Insofar as resources allow and in co-operation with local residents’ groups and Tidy Towns’ associations there is considerable merit in seeking to realise the principles of the proposal,” was the official response.

But it also noted: “Transport Infrastructure Ireland (TII) retains full responsibility for the ongoing maintenance of the Motorway Network. Therefore implementation of the Notice of Motion is not in the control of Laois County Council insofar as the motorway network is concerned.”

Cllr Tom Mulhall supported the proposal by his colleague Cllr Moran. Wildflowers on roundabouts and motorways were not only good for pollinators but far easier maintain than beech trees on motorway banks.

Cllr Padraig Fleming agreed, saying that the cost of motorway verge maintenance was massive and that it would be safer to sow flowers than trees and would in turn help support biodiversity.