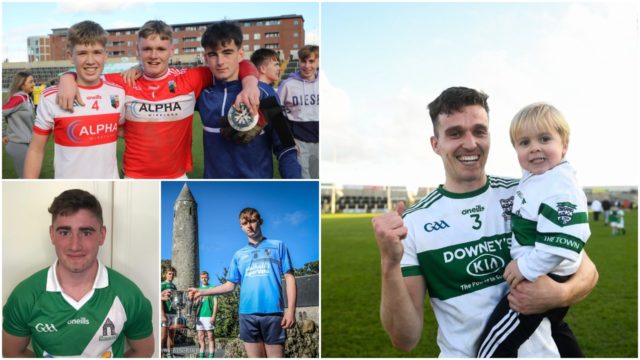 And so we’ve come to our final football team of the week for 2019.

With all finals done and dusted now, last weekend saw the conclusion of the minor and senior championships.

In the minor, Emo-Courtwood came out on top following a titanic tussle with Ballyroan-Abbey.

Meanwhile, in the senior, Portlaoise made it three titles in a row as they edged out Killeshin in dramatic fashion.

Portlaoise lead the way on our final selection for this year with six places while runners-up Killeshin have five.

Minor champions Emo-Courtwood have three representatives while Ballyroan-Abbey have one. 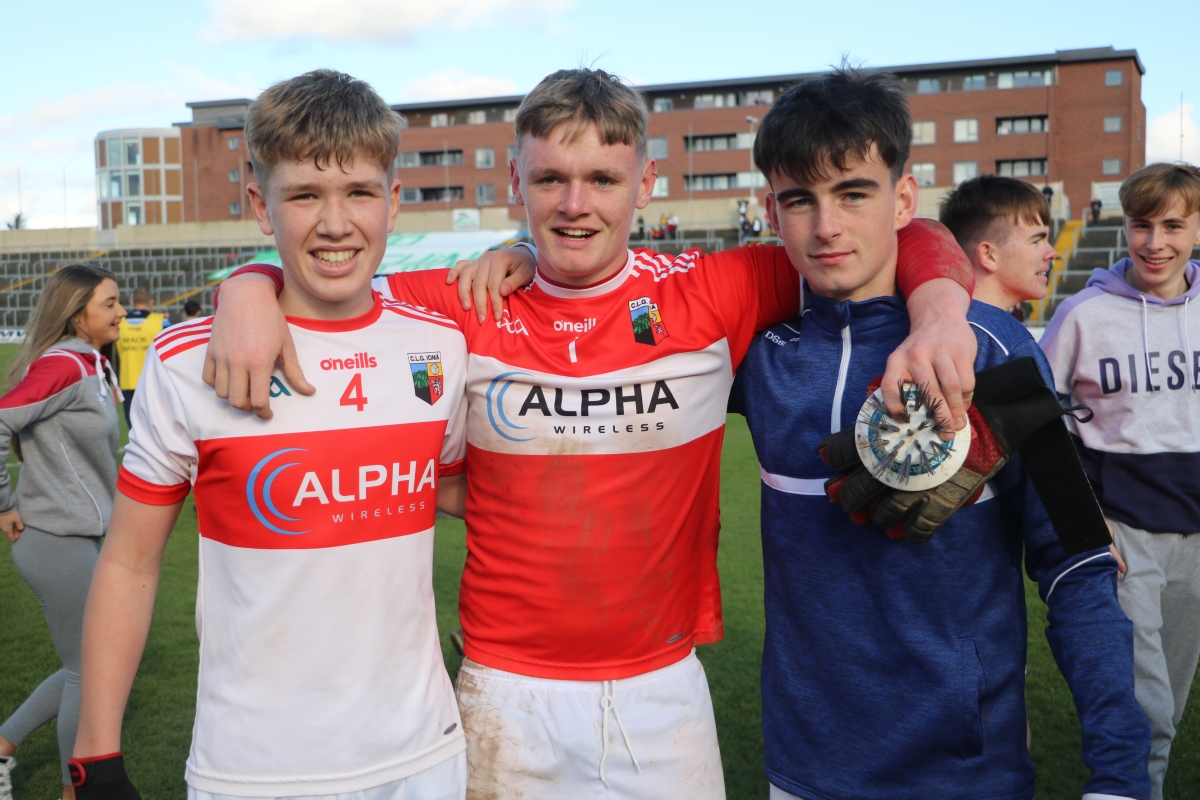 This year’s Laois minor football final was one of the best in recent memory with the quality of the game absolutely through the roof.

All of Emo-Courtwood’s scores bar one came from play but it was their keeper who stole the show and was just pipped for man of the match.

Sam Krebs saved a first half penalty from Brian Whelan and pulled off two outstanding saves from James McWey in the dying moments as Emo-Courtwood won by a point.

Solid as a rock, Brian Mulligan’s return to the footballers after a year spent hurling in 2018 could not have come at a better time following the loss of Cahir Healy to injury.

He held impressive Laois U-20 forward Michael Doran scoreless and seemed to emerge with an incredible amount of ball. 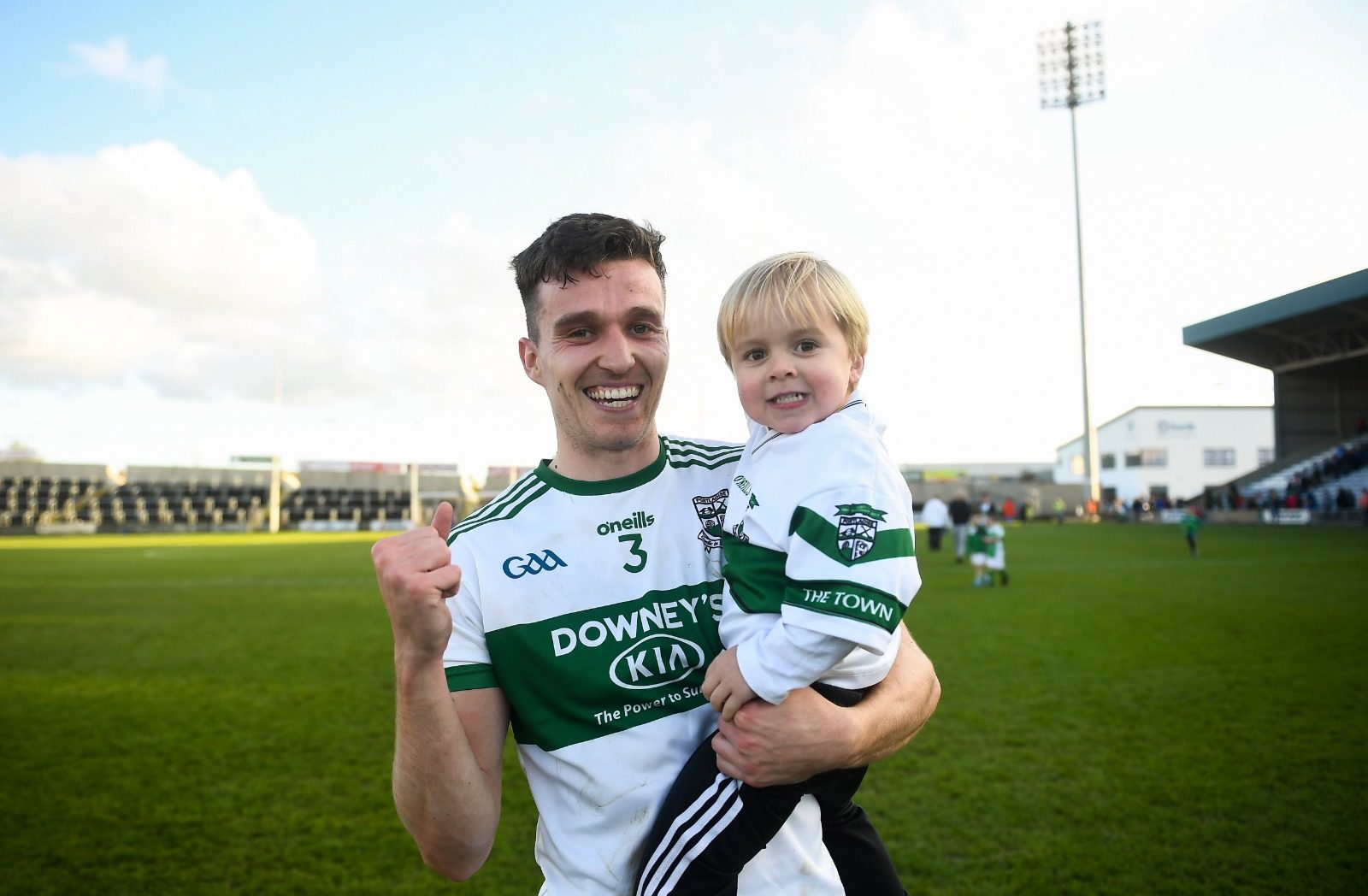 The Portlaoise captain was steady as always in the full back line as his side ran out one point victors.

His reading of the game was very impressive and his ability to carry the ball out of his own defence was impressive.

Like Mulligan before him, Arnie Mahon is extremely experienced and he showed all that in the final on Sunday.

Marking the man the match from the 2018 final Ricky Maher, Mahon held him scoreless in a very composed display.

Gareth Dillon is well in the running to be crowned Player of the Year once again and he was electric throughout the final on Sunday.

He landed three points in the second half and each of them were extremely important for the victors.

Teenager Gary Saunders burst onto the scene with Portlaoise last year and his stock has continued to rise this season.

He was tasked with marking inter-county forward Eoin Lowry and he managed to hold him to just a point as the the pair had a right ding-dong battle for 60 plus minutes. A real star for the future.

The loss of Mark McDermott through injury for Killeshin was significant as it was he who was the main player that was able to break out of defence for Killeshin.

He played a crucial role in their second goal and, having played in a Leinster minor final in 2016, he’s a player Micheal Quirke could look at. 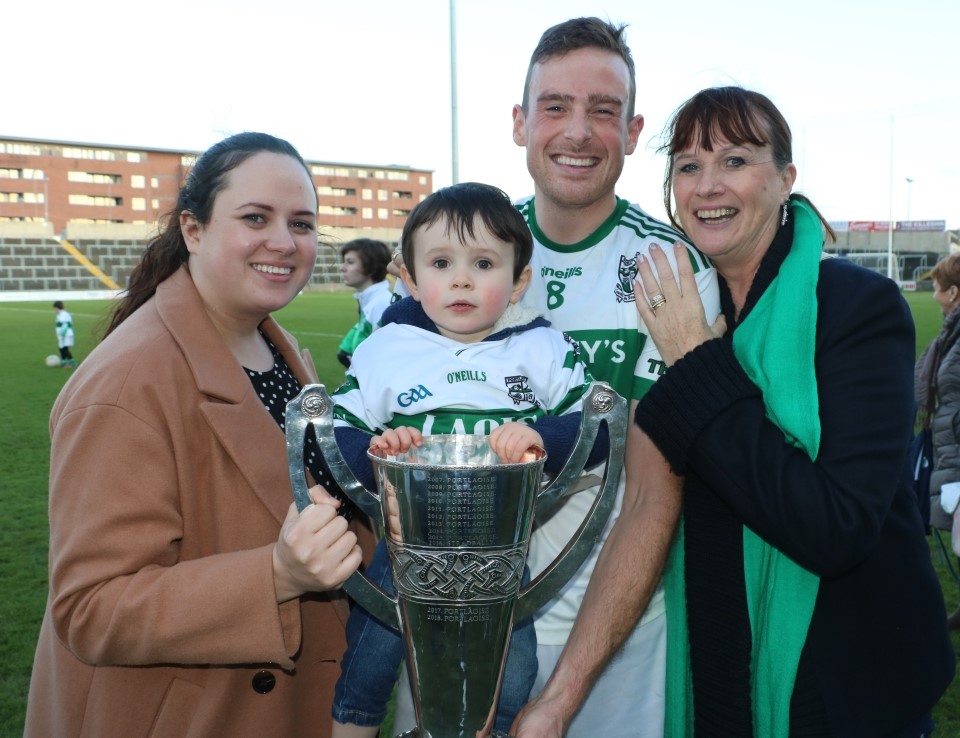 Gareth Dillon is in the running for Player of the Year but this man surely has the contest sewn up as he put in another fantastic performance on Sunday.

He kicked three outstanding points from play and ruled the skies for his team once again.

Emo footballer Tom Fennelly was named man of the match from the minor final for his incredible performance in the middle of the field.

Named at full back, Fennelly quickly moved out and his direct running tormented Ballyroan-Abbey throughout. He also scored a brilliant point from distance. 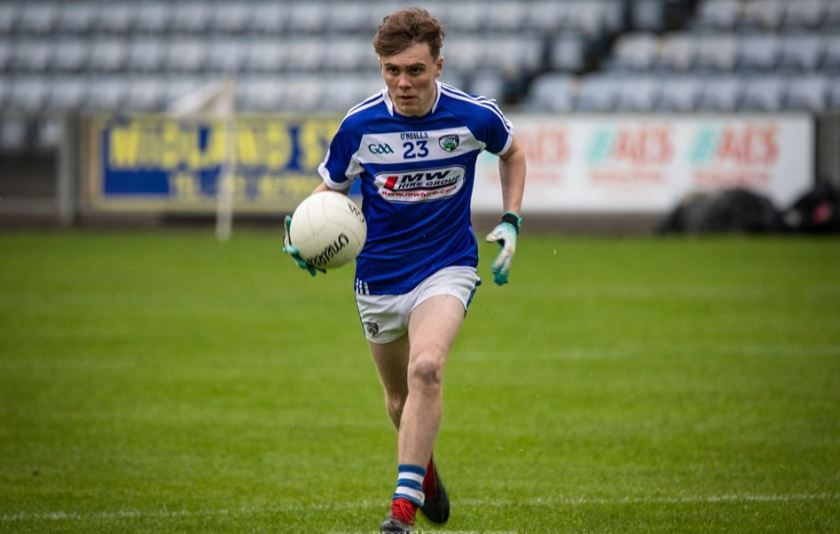 Like Krebs, Paul O’Flynn was also well in the running for man of the match as the young Courtwood man shone in the minor final.

He contributed 1-4 from play with his pace causing all sorts of problems for the Ballyroan-Abbey defenders.

After enduring a torrid 2019 with injury, it was brilliant to see Brian Glynn back on the field on Sunday for the final.

And the Portlaoise man was at his very best too as he contributed three points – two of them coming late in the second half when they were most needed.

David Aston has been Killeshin’s most consistent player this season and he really showed how good he is in the closing moments.

He kicked four excellent points in the last 15 minutes but it just wasn’t enough as Portlaoise prevailed by one.

It was a goal fit to win any county final – but unfortunately for Evan Lowry it wasn’t decisive in the end.

Playing a much deeper role than usual, Evan was instrumental in the first goal and his finish for the second was just pure class.

As previously mentioned, Eoin Lowry had a right tussle with Gary Saunders throughout and the two of them shone at different stages.

Eoin kicked a super point at the start of the second half and his decoy run for his younger brother’s goal can’t be underestimated either.

Ballyroan-Abbey went into the minor final as favourites and captain James McWey put on a fine display throughout but it just wasn’t enough.

He was steady on frees and kicked a host of points from play too.

With the game in the balance, Emo-Courtwood turned to 14-year-old Ryan Little and what an impact the teenager made.

He scored 1-1 and his finish for the goal really was a thing of beauty. 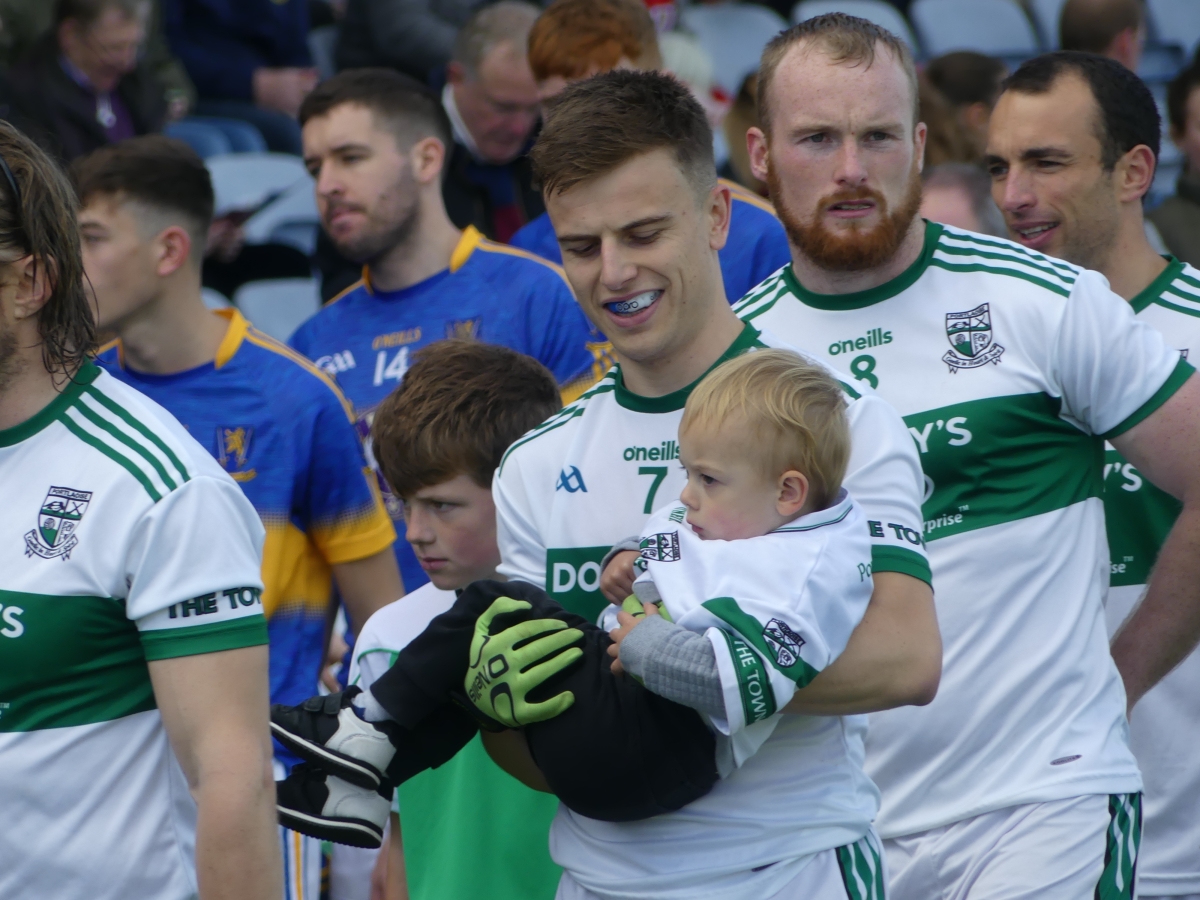 Killeshin turned the screw at the start of the second half as Evan Lowry’s wonder goal, coupled with some great points, sent them into a two point lead at one stage.

Manager Niall Rigney introduced David Holland, a defender, for Ricky Maher, an attacker, after 40 minutes and it helped Portlaoise turn the tide. Holland went on Evan Lowry with Glynn, Dillon and Boyle pushing higher up the field where, with extra space, they picked off some lovely scores.