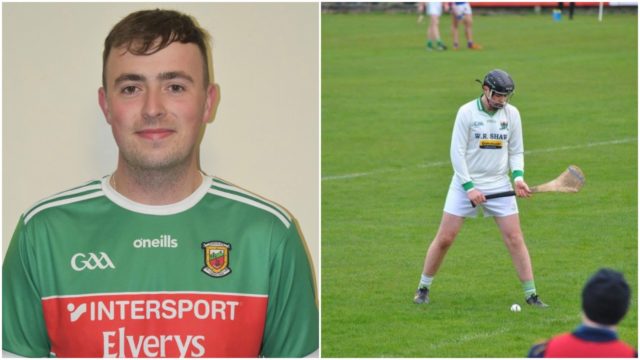 Rosenallis will take on The Harps on Sunday at 2pm in the Senior A hurling final.

Ahead of the game we caught up with Stephen Kelly, the promising Rosenallis keeper.

The Rosenallis goalkeeper played in goals for Laois at both minor and U-20 level and has scored in multiple games throughout the season.

We asked him all about Rosenallis and where it all began.

I was roughly 3 or 4 when my father bought me my first hurl and starting showing me the tricks of the trade.

The club is based in a small rural village situated at the foot of the Slieve Bloom Mountains. Rosenallis Gaa is very community based and strives on the huge support from volunteers within the club which has it at the standard it is today. The GAA pitch is the focal point of the village which everyone takes great pride in.

It would’ve been U-8s when I started competing with the village.

What is your favourite memory while playing with Rosenallis?

Winning the Intermediate championship and competing strongly in the Leinster campaign.

Going up senior with the club in football and winning the hurling intermediate championship.

The support and pride that’s in the club is second to none.

What is the importance hurling/sport for you?

It’s a great release from work and gives a great opportunity to keep in touch with friends on a weekly basis. It also helps to clear the head.

I suppose Richie McEvoy and Declon Conroy were the two I looked up too a lot growing up.

David Dooley is one too watch out for, he is extremely talented.

Try to commit more time to coach the younger players as they’re the future.

Keep listening to your trainers and practice every day. Never give up and stay working on your weaknesses not just your strengths.