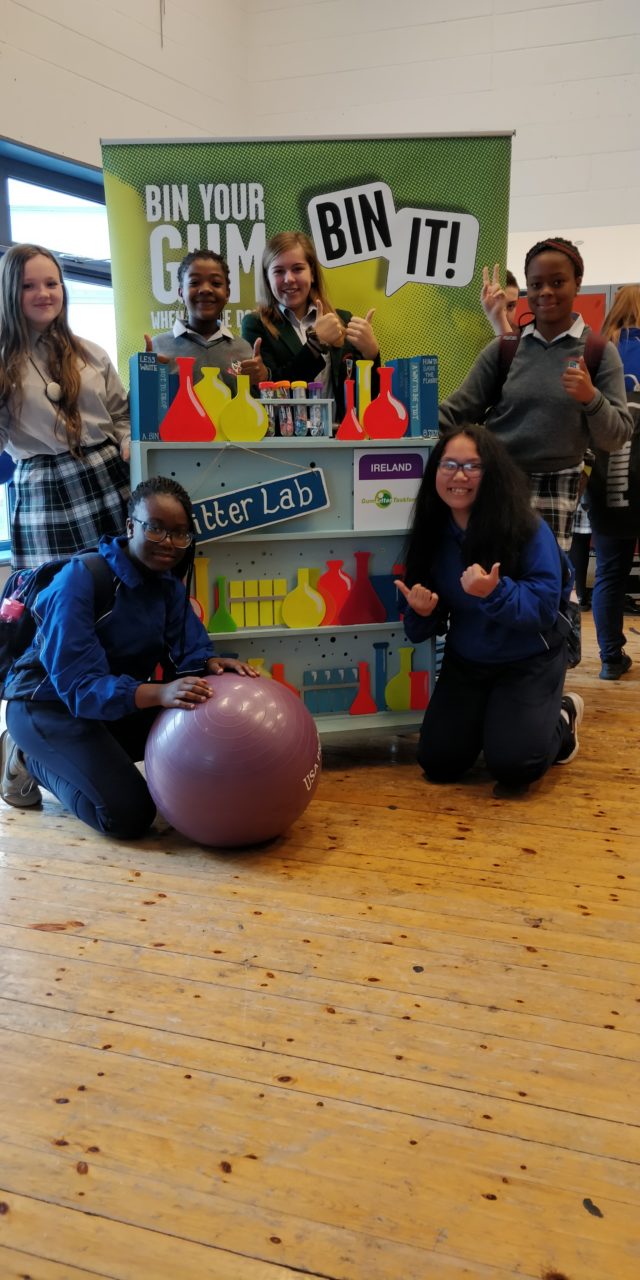 The annual nationwide Bin It! campaign continued with visits to schools across the country in a bid to educate and raise awareness of issues surrounding litter and correct litter disposal amongst students.

The campaign arrived in Laois with visits to Portlaoise College and Colaiste Iosagain in Portarlington.

This is the 13th year the Bin it! campaign has toured across the country, with 521 school visits and a total of 57,778 students having taken part since the campaign first began in 2006.

Bin It! features an actor-led workshop which visits first and second-year students in secondary schools across participating local authority areas.

The workshop incorporates a theater in education session which encourages students to dispose of gum litter, and litter more generally, in a responsible manner.

Speaking of the Bin It! campaign, Chairman of the GLT, Paul Kelly said; “When the GLT campaign first began, gum litter accounted for 26.37% of all recorded litter. The most recent report of the National Litter Monitoring Pollution System has shown that chewing gum now accounts for just 7.8% of all litter.”

“This reduction points to the fact that the core principle underpinning the campaign, that is that the most effective way to reduce gum litter is to tackle it in the most sustainable way, by educating people of correct gum disposal, is working.”

“The campaign however, would not have reached the level of success it has done today had it not been for the enthusiastic buy in from young people in particular in initiatives such as Bin It! and I am delighted to see so many schools across the country sign up again this year.”

The workshop tour is supported by a website which includes games and quizzes for students, lesson plans, teachers’ notes, posters and activity cards to help integrate the theme of responsible litter disposal into the curriculum.

The GLT education campaign also includes outdoor poster, TV and online advertising which ran from May until August this year and an accompanying website.