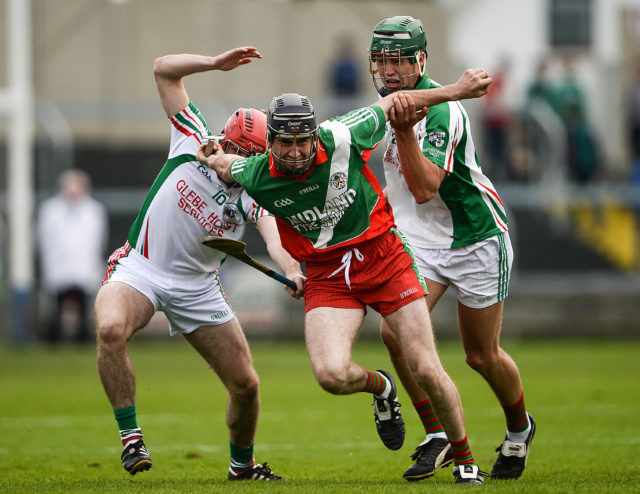 The biggest day in the Laois hurling final is upon us.

It took a replay in 2016 to separate the sides after an incredible 2-26 apiece drawn game two weeks earlier and neutrals will be hoping for similar drama and quality today.

Both teams have gon through a couple of disappointing seasons since 2016, with Borris-Kilcotton knocked out in successive semi-finals by Camross and Rathdowney-Errill going down in controversial circumstances in last year’s final.

Winning a second title would be a big deal for Borris-Kilcotton; undoing the wrongs of last year and finishing the decade with four county final wins, more than any other club in the county, would mark it out as a really special era for Rathdowney-Errill.

They come in as the slightest of favourites despite a very unimpressive showing in the semi-final. Granted it was a thrilling finish, Ross King’s injury time winning goal was a screamer and it denied Camross a shot at winning three-in-a-row but it was a poor game and a very disappointing performance from Rathdowney-Errill.

Is there more in them? There will have to be. They looked riddled with nerves for what was a high-tension, high-stakes game but it was their first competitive game in seven weeks after they breezed through the group stages. Despite a diet of high quality challenge games, they were very under-cooked for that one and should be the better for it.

Borris-Kilcotton have had to hit greater heights en route to the final, primarily due to being in a much tougher group. They beat Camross in their first game but then lost to Clough-Ballacolla, a result that left them having to beat Abbeyleix or risk end up missing out on the knockout stages altogether.

That did in style, scoring 5-18 in the process, and they then followed it up with 13-point win over Ballinakill in the quarter-final.

They absorbed what Clough-Ballacolla threw at them in the semi-final to reverse that earlier loss, with PJ Scully continuing his red-hot form by scoring 18 points.

He comes into the game with 6-55 in five games, an average of almost 15 points per game, and 34 points clear of Camross’s Niall Holmes, the second highest scorer in the championship.

Limiting Scully’s influence and limiting the frees they give away will be among Rathdowney-Errill’s biggest focus.

And as always in big games, the match ups will be fascinating.  Who’ll pick up Scully? Who’ll be on the almost equally influential Joe Campion? Who’ll be on Aaron Dunphy, quiet by his standards in the semi-final, but a forward capable of turning a game in an instant?

Neil Foyle will also take minding and Rathdowney-Errill will be conscious that he got three goals in the two final meetings in 2016.

Rathdowney-Errill’s half-back line of Joe Fitzpatrick, Jack Kelly and Eric Killeen is a seriously impressive trio while the full-back line includes joint captain Brian Campion and the versatile John Purcell, both set to play in their ninth county final if you include the 2016 draw and replay.

There are injury concerns over Borris-Kilcotton midfielder Colm Stapleton and that would be a considerable loss even if the likes of Conor Kilbane, the two Whelans, the Fitzpatricks and Stephen Finan are all having fine seasons.

Rathdowney-Errill have their own questions to resolve. Where best to get the best out of Paddy Purcell, joint captain alongside Campion and seeking to cap off an incredible season by lifting the Bob O’Keeffe Cup in O’Moore Park just a couple of months after lifting the Joe McDonagh Cup in Croke Park.

Purcell was alongside Ross King as part of a two-man full-forward line against Camross before moving out the field. It’s understandable they’d want him close to goal (he has four goals in this championship as well as three in the Joe McDonagh Cup) but his impact looks greater from midfield or the half-forward line.

James Ryan, Shane Dollard and John Keane will all put in big shifts while Mark Kavanagh’s free-taking, though slightly off his best in the semi-final, will be a huge factor too.

It’s hard to see a whole lot between them but Rathdowney-Errill might have a bit more improvement in them.

It’ll be a tight one, but they’re our slight fancy to get the job done.

What are the Odds?

Rathdowney-Errill are slight favourites at 8/11 with Borris-Kilcotton at 11/8 and the draw at 8/1.

Castletown’s Alan Doheny takes charge of his first Laois senior hurling final. Having risen up through the ranks in both camogie (and taken charge of an All Ireland camogie fina) and hurling, this is his biggest game on the local scene in Laois.

The last time these two did battle in the championship was in that 2016 replayed final when Borris-Kilcotton won the title for the first time thanks to a 1-18 to 2-10 win after an incredible 2-26 apiece draw in the first game.

SEE ALSO – Listen: We’re joined by the legendary Pat Delaney to look back on the Laois hurling season – as well as ahead to Sunday’s county finals