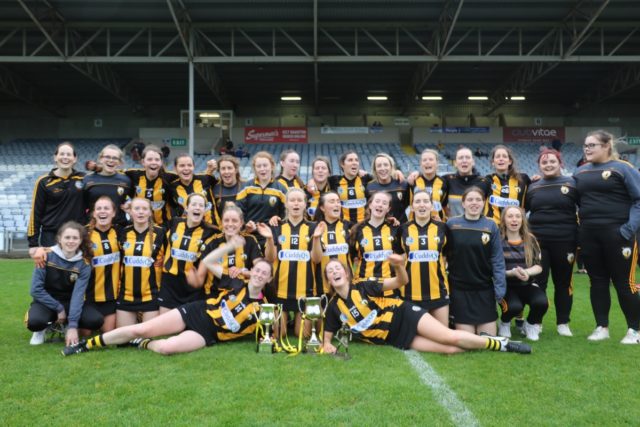 The Camross camogie team got their Leinster intermediate campaign off to a winning start on Saturday thanks to a hard-earned win away to Carlow champions Myshall.

Sara Cuddy got a goal in each half with Sarah Anne Fitzgerald also helped herself to a goal from a penalty in the second half.

The sides were level at the break, 1-3 to 0-6, the goal from Cuddy and points from Andrea Scully, Fitzgerald and Kirsten Keenen.

Camross kicked on in the second half thanks to impressive performances from Clare Fitzgerald, Lauren Boyhan and Sile Burke with Sarah Anne’s penalty after a foul on Aoife Collier.

And Collier made the third goal late on when she got in behind the full-back line, drew the keeper and popped it into the path of Sara Cuddy who finished to the net.