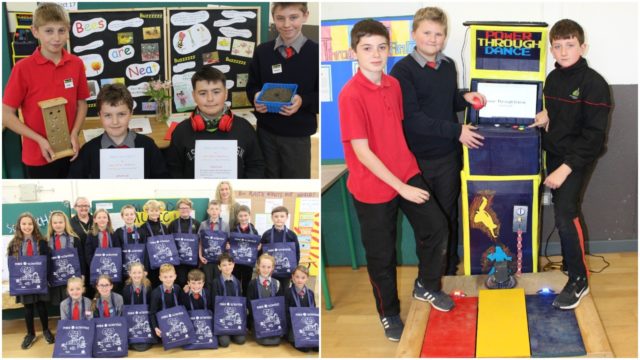 ‘Let’s Look at Ammonia’ was this year’s big winner at the Intel Mini Scientist Exhibition at Timahoe NS.

The annual showcase which took place on Thursday 17th of October was another resounding success as the young scientists of Timahoe showcased their experiments, investigations and research.

The event is a huge part of the Timahoe NS Calendar due to the enormous success enjoyed by the school in recent years. The school has won two All-Ireland finals as well as the runner up prizes for the past three years.

This years’ local winners, Seamus Ramsbottom and David Galwey from 6th class, will now go on to represent the school at regional and hopefully All Ireland level.

The boys project which was about monitoring ammonia emissions in agriculture was a very popular winner. They are strong environmentalists and are keen to make a difference by educating farmers in how to reduce ammonia emissions.

The runner up prize went to ‘Power Through Dance’ by Andrew Coyne, Eoin McGrath and Gary Brennan for their project that generated kenetic energy through a specifically designed dance push plate and an accompanying computer game designed on Scratch.

The standard of science project on view was incredibly high and reflected the enthusiasm for science that exists within the school. It was also clearly evident that these children have benefitted from exposure to the exhibition over the past few years as the quality of visual presentation, oral delivery and all-round
ingenuity was exceptional.

There was a host of other category prize winners but the prize winners were only part of the story as all the children produced amazing work.

Agriculture was once again prominent with John Hanley, who investigated the benefits of colostrum on new born calves earning a category award for ‘Contribution to Agriculture’.

Barry Grouse also did an excellent project as he considered the most suitable soil for plant growth.

‘Boisterous Badgers’ by Aaron Tynan was an excellent study on badgers that was relevant to the local farmers and earned him a ‘Presentation’ award.

Bees created quite a ‘buzz’ among the students with Ronan Mc Namara, Barry Ramsbottom and Jack Mangan completing a clever investigation called ‘What’s the buzz about bees?’. 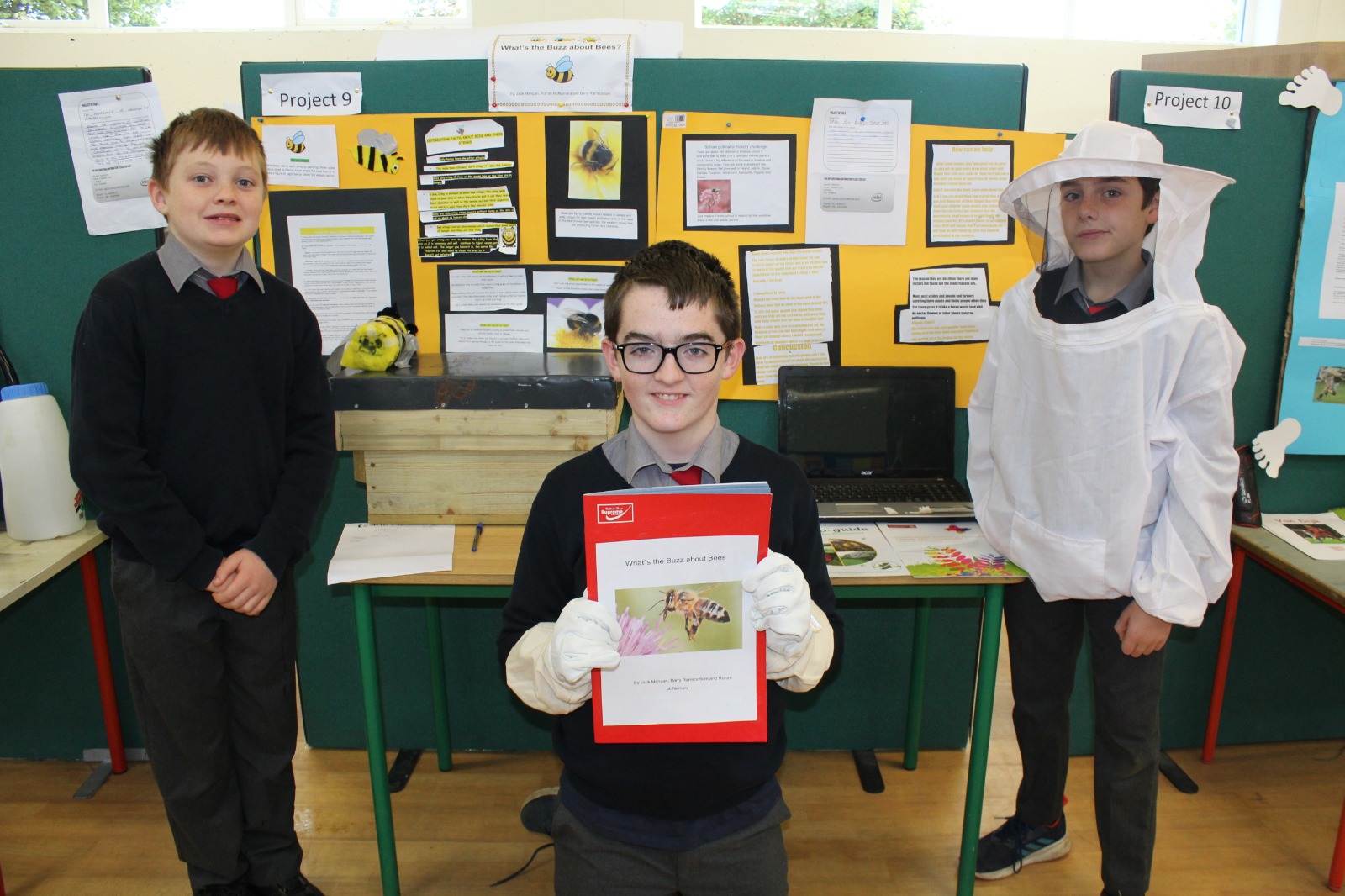 ‘Bees are neat’ was another visually impressive project completed by Ruairí Molloy, Adam Miller, Liam McEvoy and Jamie McEvoy that won the ‘Teamwork’ award, teamwork being such a vital component of this wonderful competition.

Food science was prominent once again as ‘Project Protein’ by Casey Kelly looked at alternative protein sources to meat and earned her the ‘Food Science’ award. 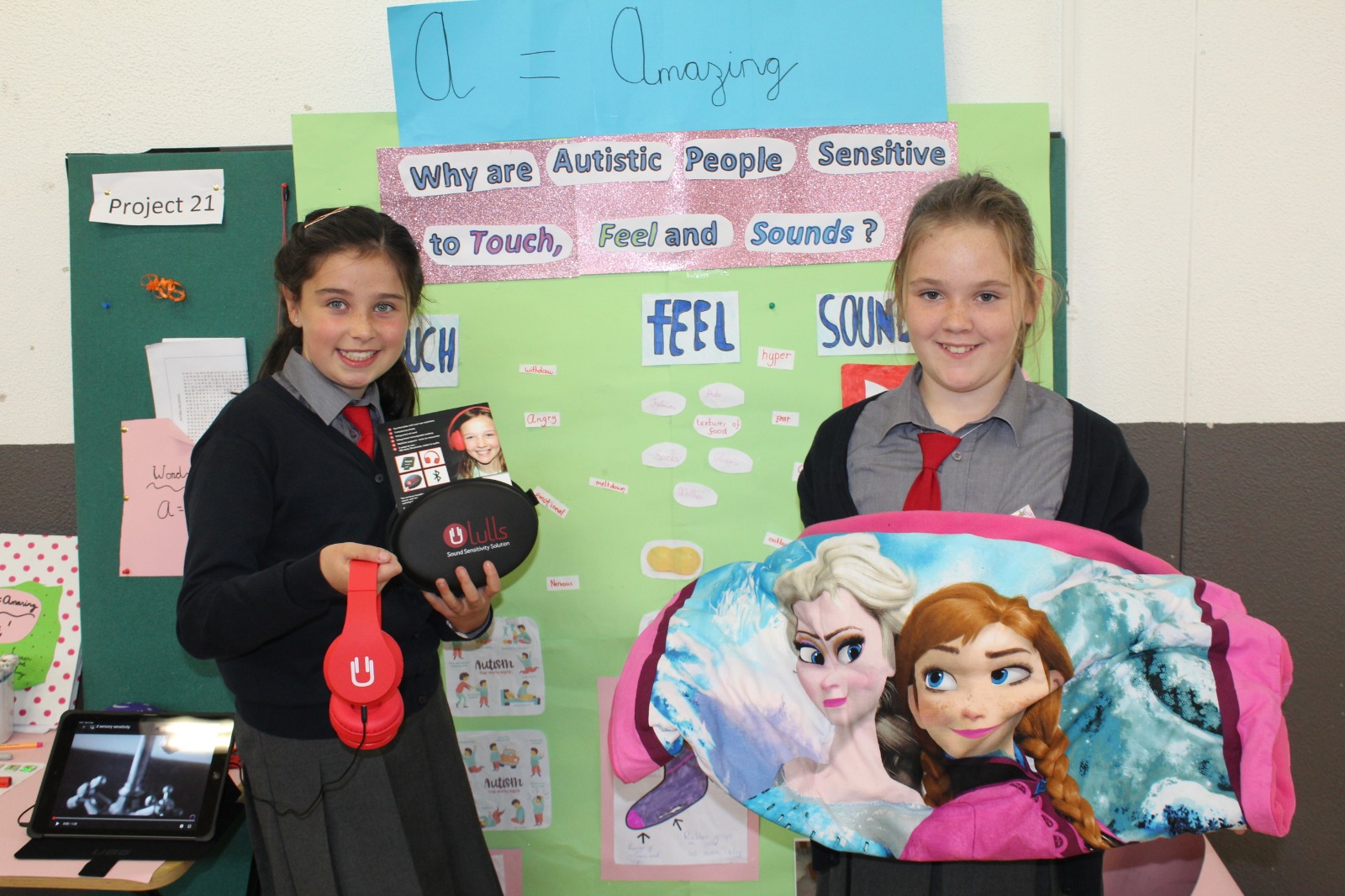 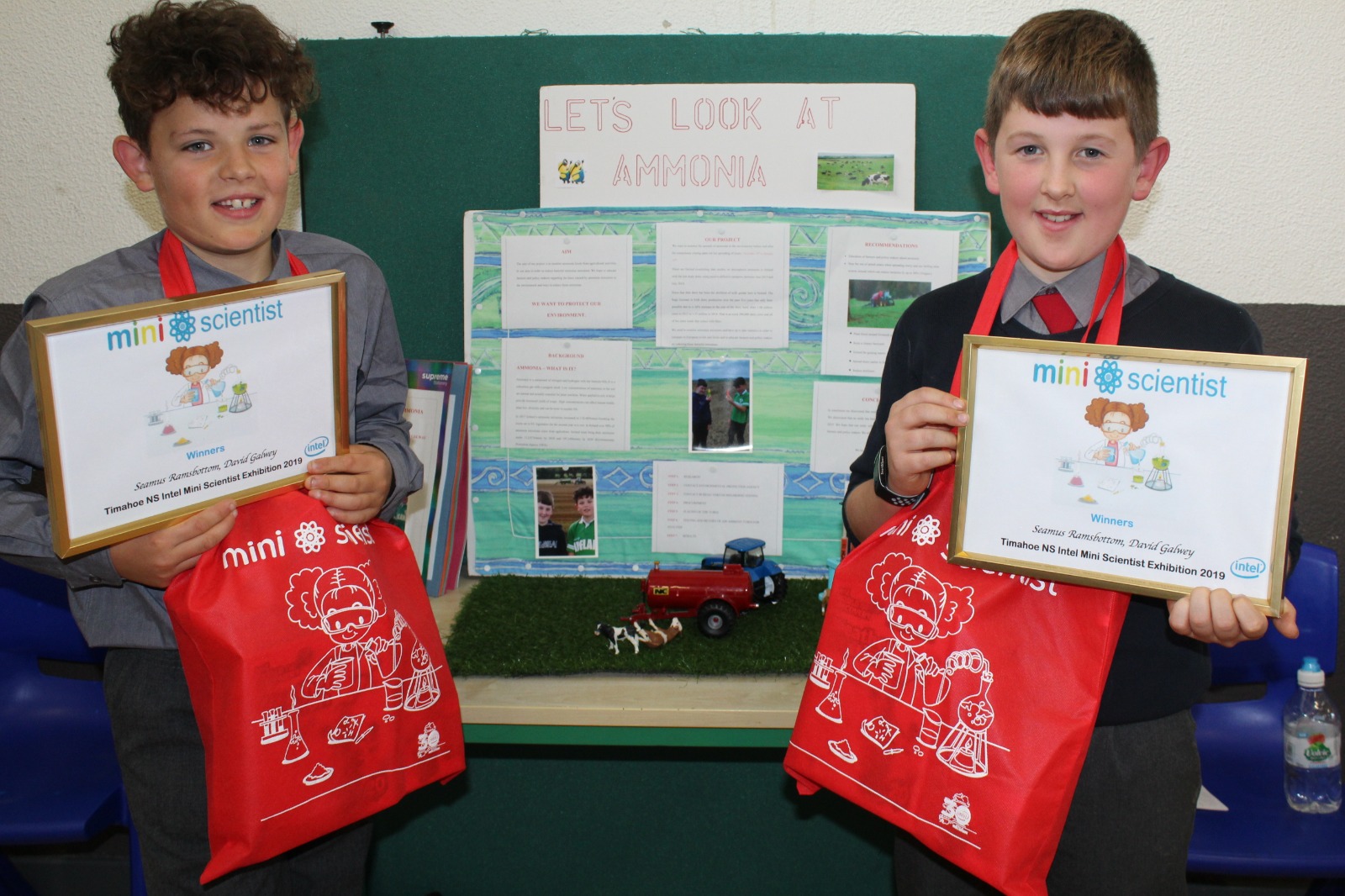 Health and fitness, beauty, wellbeing and concentration were all catered for at the exhibition.

‘Fitbit – A good move or a skip too far’ was an interesting study by Aoife Mc Kittrick, Sandra Carroll and Julia Krawczyk on fit bits, the latest craze among young people. 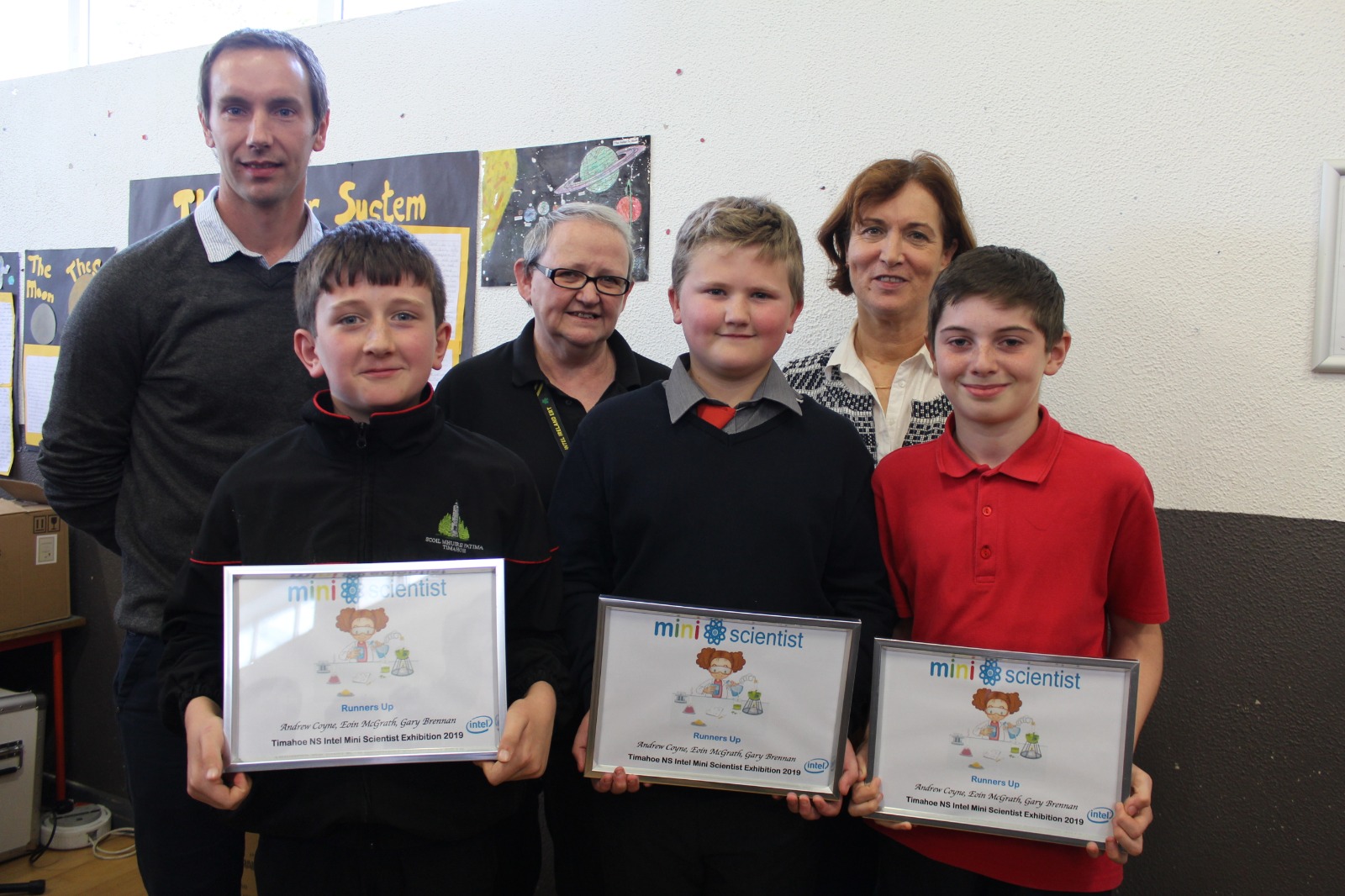 ‘Itchy and Scratchy’ by Grainne Buggy, Áine Farmer and Rachel Kelly looked at solutions to the skin condition, eczema, which was awarded a prize for ‘Product Potential’. 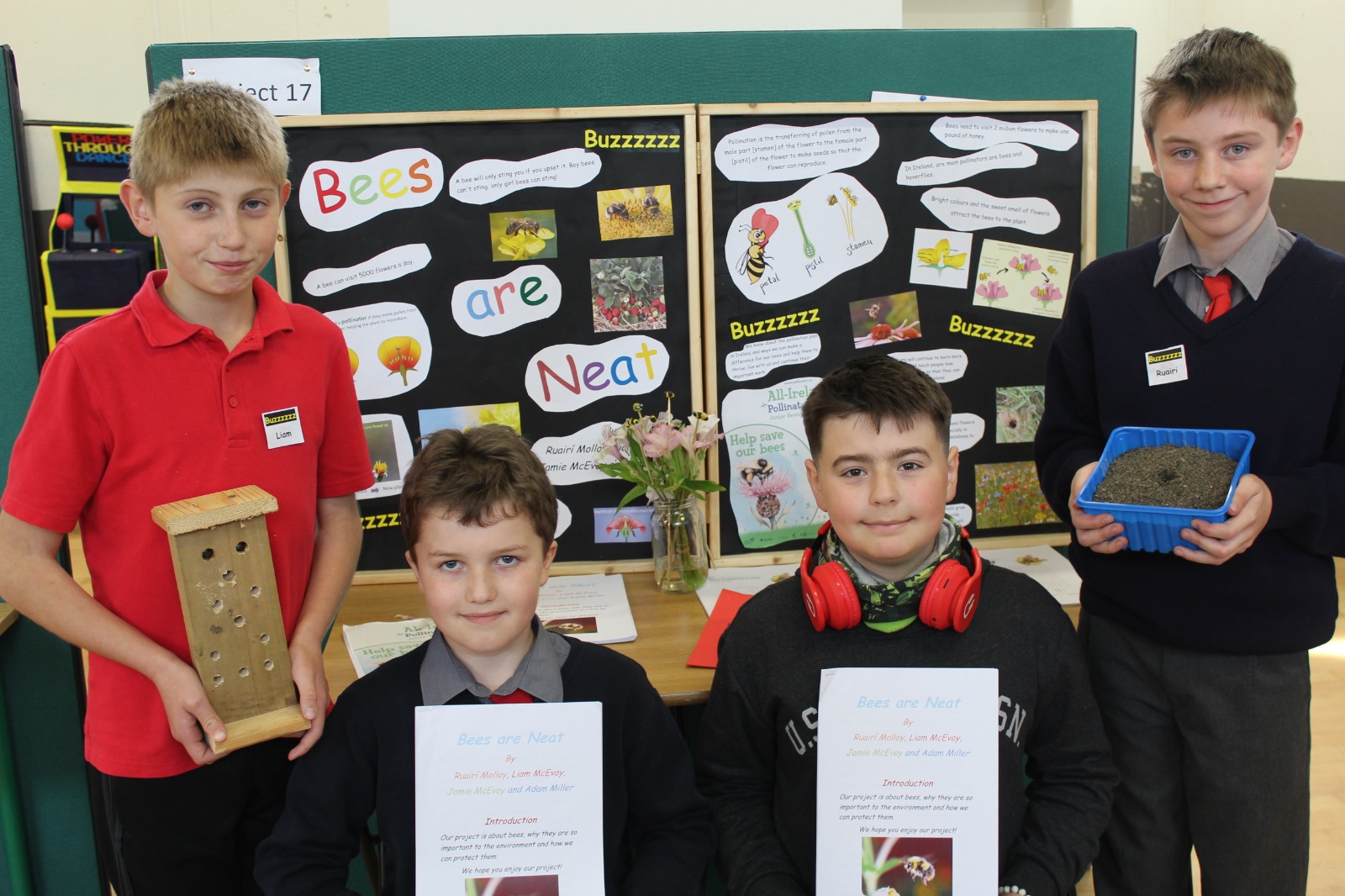 The ‘Social Awareness’ award went to ‘A is Amazing’ by Lauren Bergin and Lucy McEvoy which studied autism and the design of a sensory sock to help children with their sensory needs.

‘Moody Music’ by Jimmy Miller, Andy Keane and Ella O’Connor and ‘Does Music Affect Your Concentration Levels?’ by Oscar Farrell, Méabh Hogan O’Donnell and Maggie Kavanagh examined the effect of music on mood and concentration. 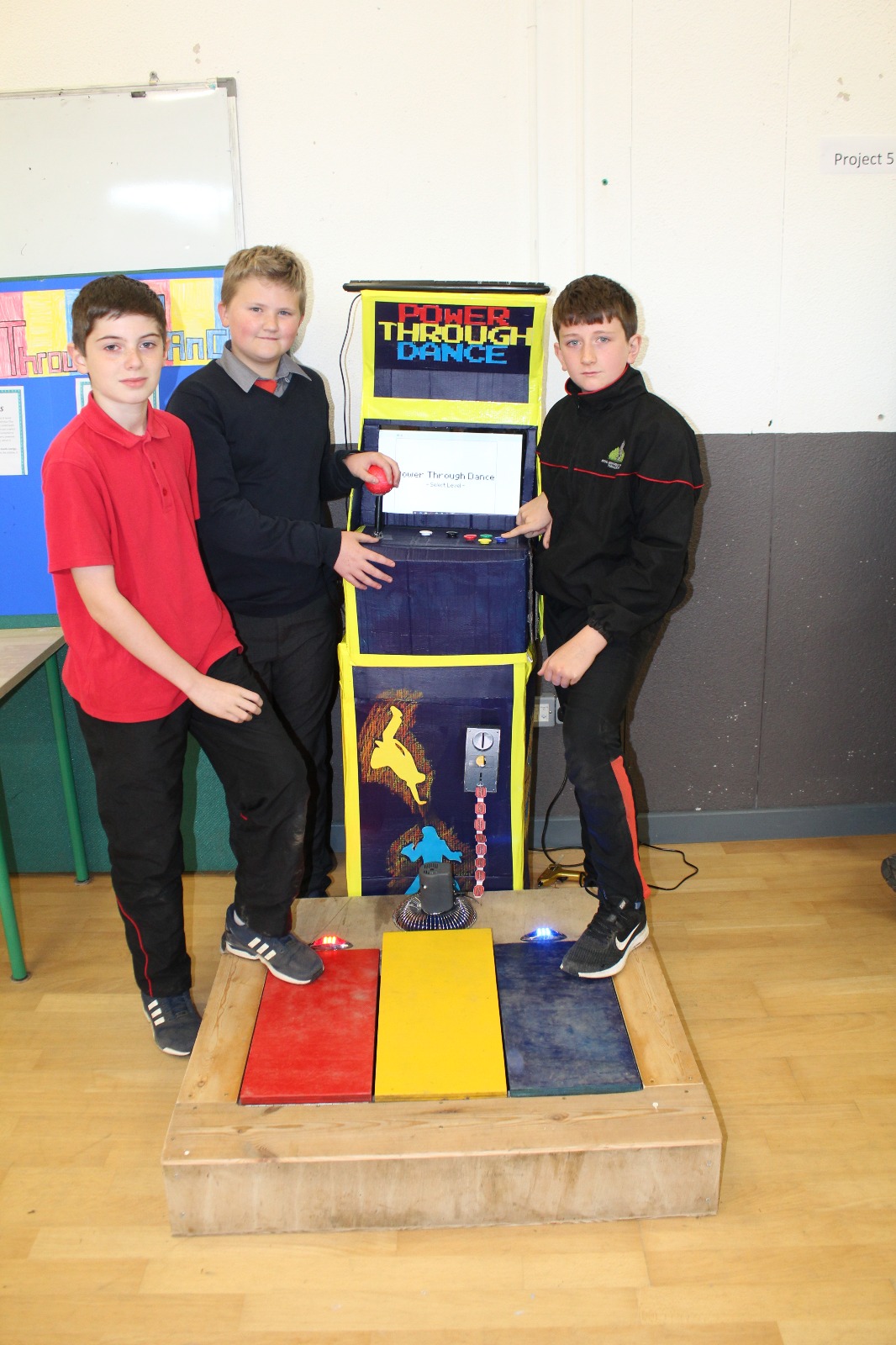 Other interesting projects such as ‘Light Lemons, Low Limes’ by Laura Kelly investigated floatation and the difference between lemons and limes. She was awarded the &#39;Physics&#39; category award for her efforts. 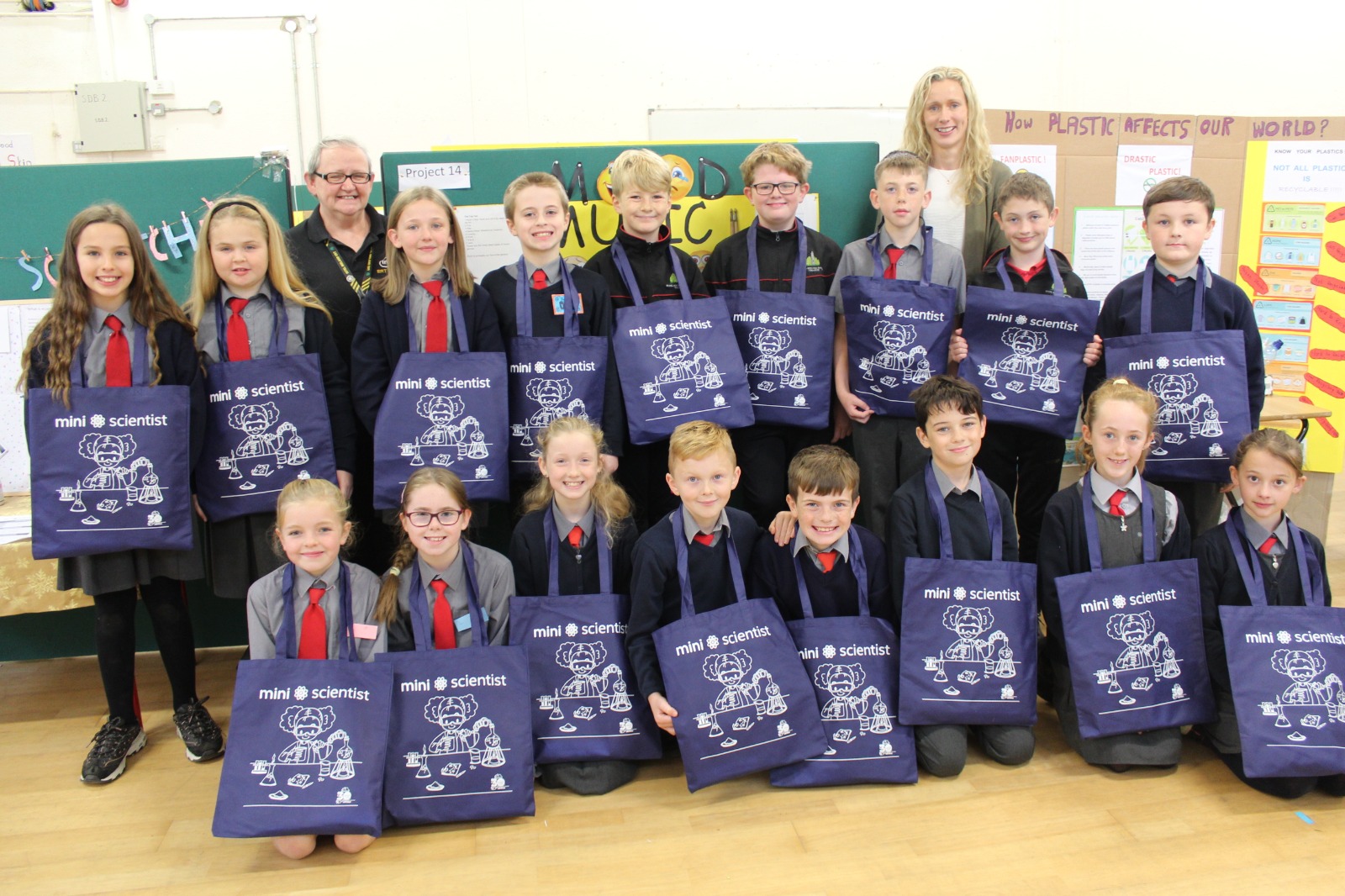 Eabha Daly and Peyton Mc Evoy tackled the worldwide problem of pollution in their project on plastic waste ‘How Does Plastic Affect Our World?’.

David Kelly investigated house heating systems in his project called ‘Turn Up the Heat’ while Jorja Coyne and Jack Phelan researched and tested the most efficient type of ear plugs in their project called ‘Can You Hear Me Now?’. 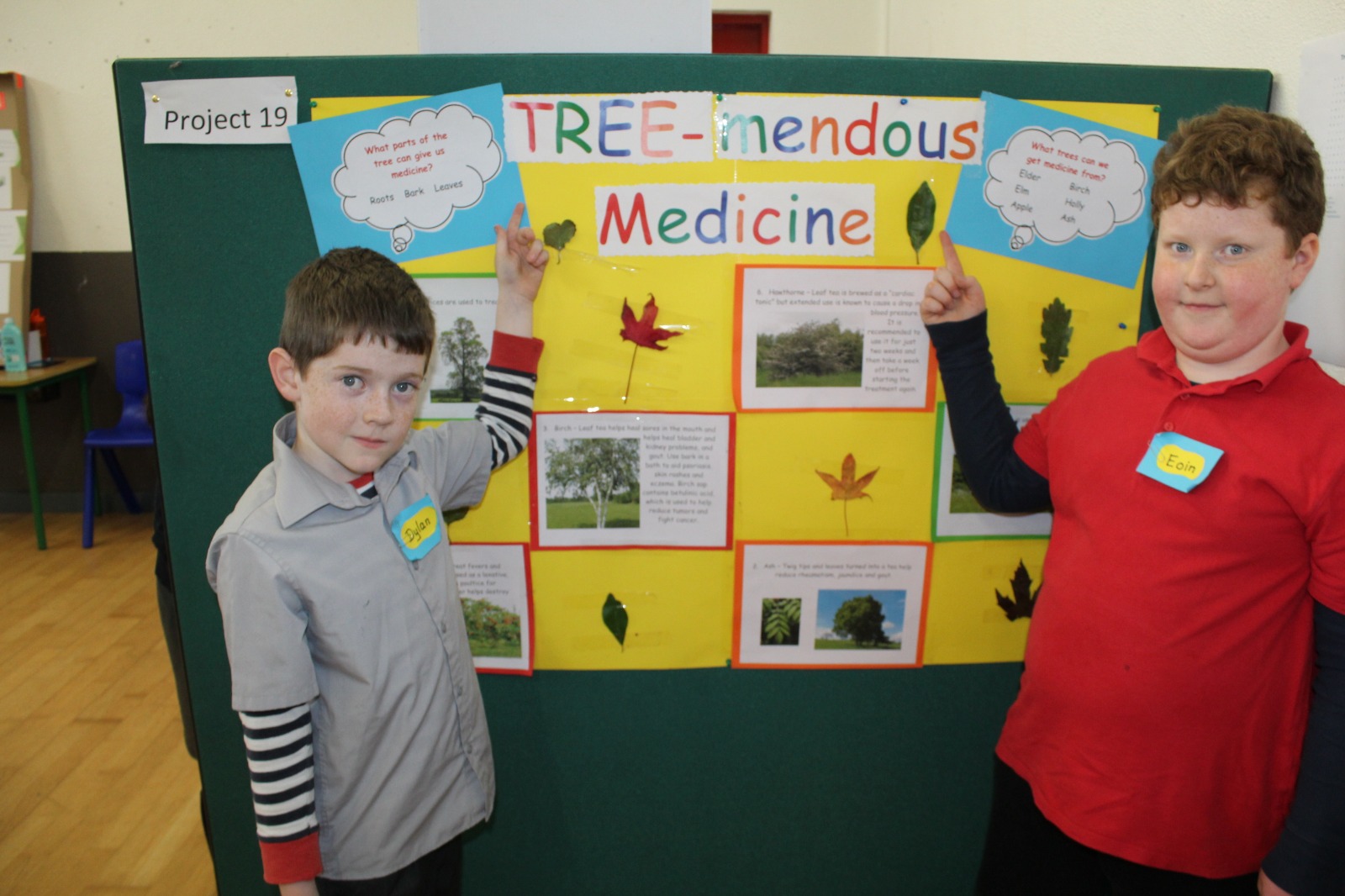 Finally, 3rd class, exhibiting as a whole class in preparation for next year, completed a brilliant project on the Solar System that was visually stunning.

Anne Tilson, the Intel judge was left with a major headache as she somehow had to pick a winner from what she described as “an astonishingly high standard of competition”. She praised the children for their projects that were “so polished, so diverse and so interesting”. 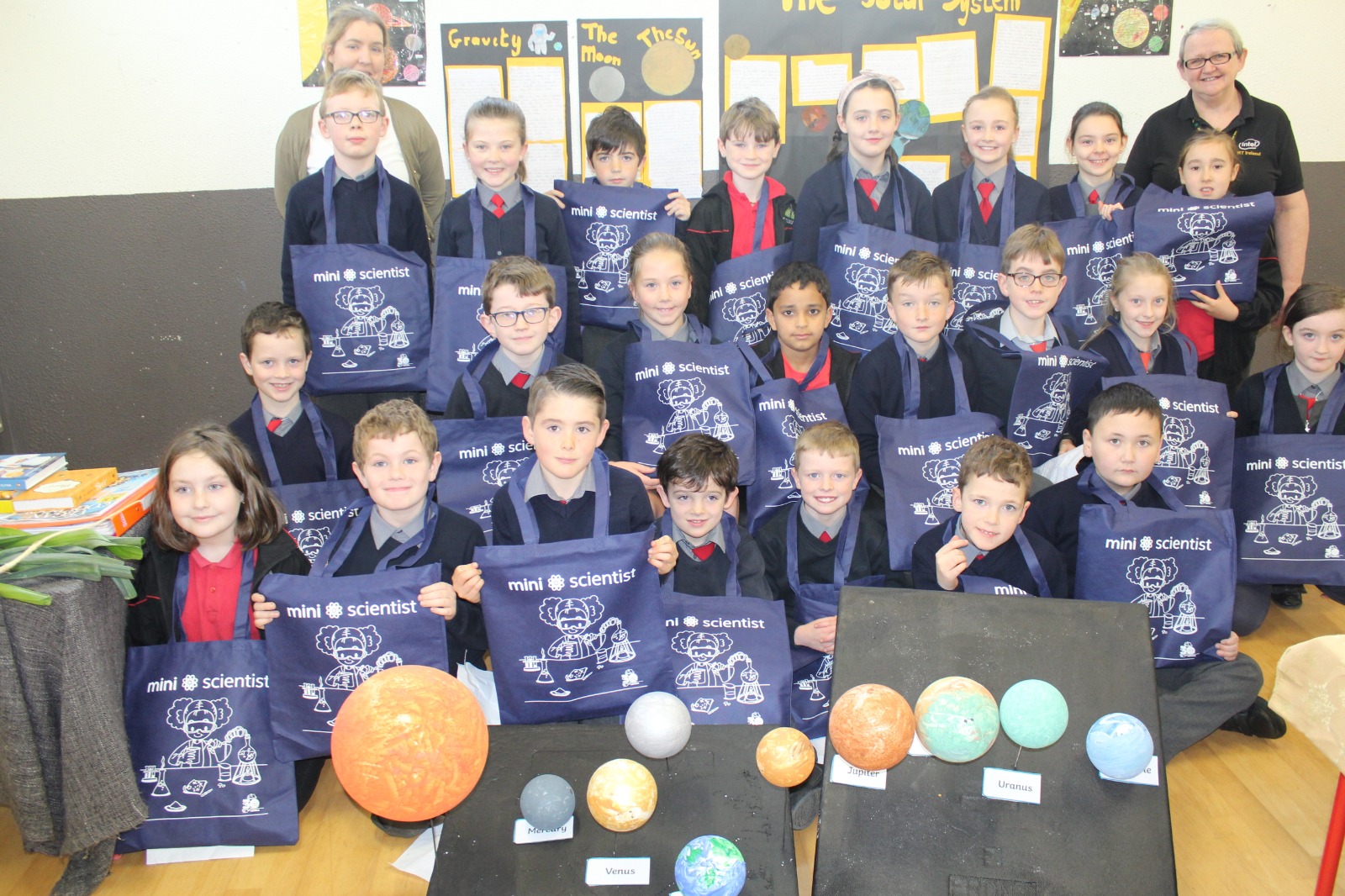 She noted how the experience would give the children “a great grounding for presenting in secondary school and college”.

She also praised the staff and said that the “care they show for each child is heart-warming” and that “the encouragement in helping with these projects is evidence of this”.

Principal, Ann Bergin was delighted with the exhibition and described it as her “favourite day of the year!”.

She praised the parent’s work and “remarkable support for this wonderful initiative”. She also commended the students for their “enthusiasm, and commitment”. 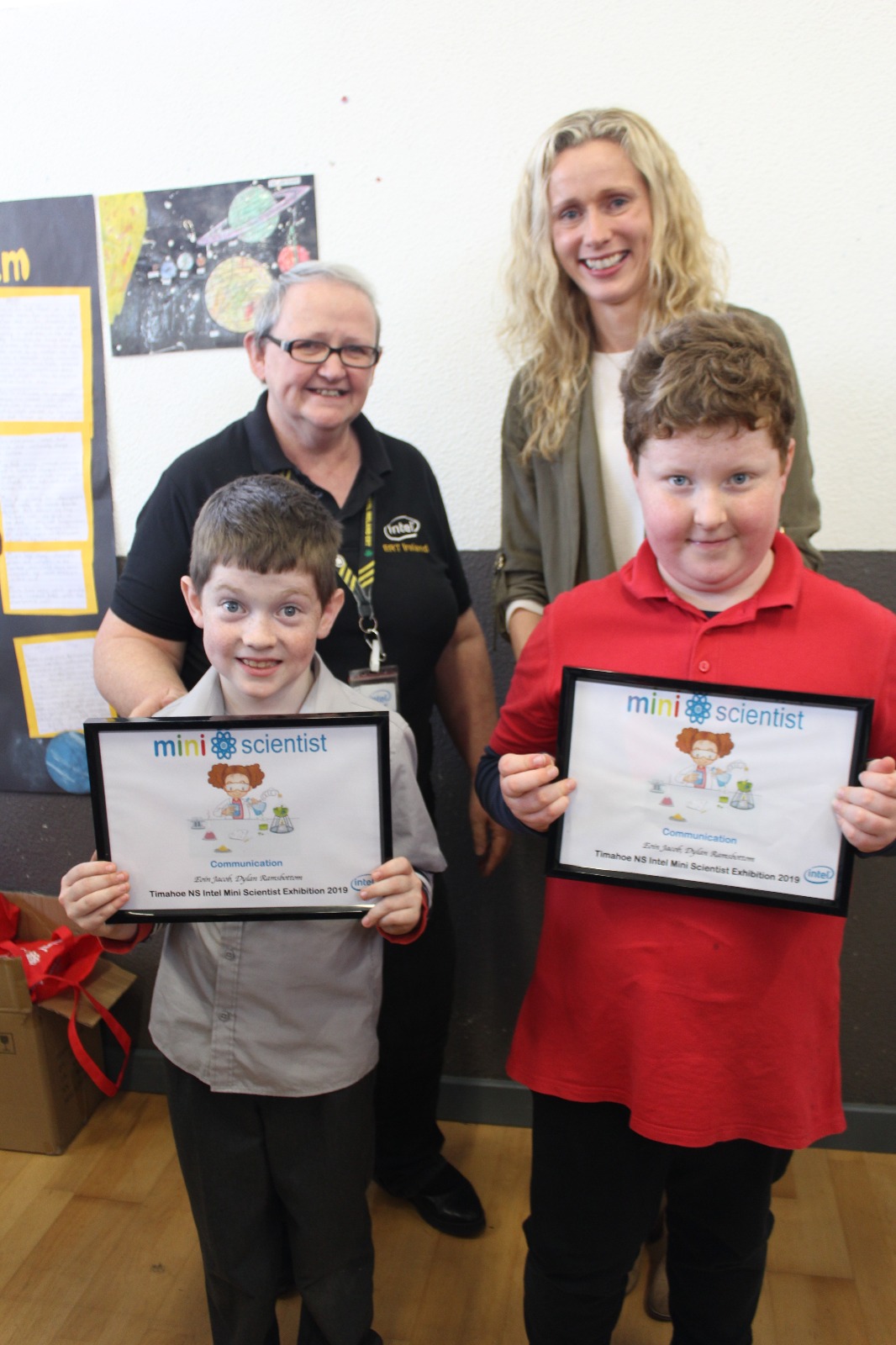 The event was well attended by parents, grandparents and friends and there was a real sense of pride on show as the confident students presented their projects to the excited onlookers.

All roads now lead to Leixlip for the regional finals at the beginning of December.