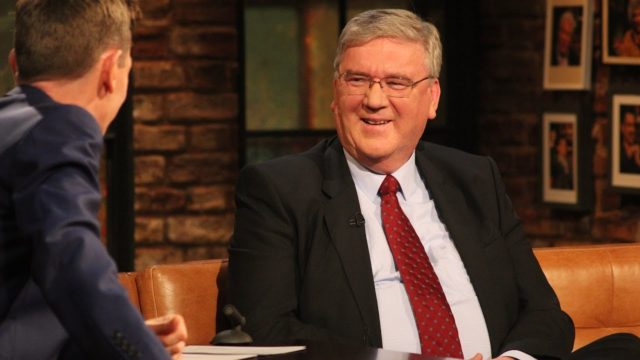 The Laois Chamber of Commerce are really beginning to make their presence felt around the county and they are holding their first big event since their launch with a business breakfast later this month in the Killeshin Hotel.

Pat McDonagh, owner of Supermacs – and the Só Hotel group behind the Killeshin Hotel – is the special guest and he will be in conversation with Ronan Berry from Midlands 103.

The event is sponsored by Permanent TSB and takes place in the Killeshin Hotel on Tuesday, November 26, at 8.30am. There are two complimentary tickets for members whereas non-members are €20.

McDonagh, a former primary school teacher, set up Supermac’s in 1978 and now has over 100 outlets across Ireland as well as hotels like The Killeshin in Portlaoise, the Castletroy Hotel in Limerick and the Charleville Park in Cork.

In addition he owns numerous significant service stations in Ireland like Barack Obama Plaza in Moneygall and construction has started on his latest similar project at the M7 Motorway outside Portlaoise.

Annual membership of the Laois Chamber starts at €250 for businesses with one to five employees and increases in accordance with size. Corporate membership – which gives access to additional events and networking opportunities – is €1850.

The Chamber, under CEO Bernie Everard, have already organised a number of networking events and these continue every second Thursday. These are generally informal early-morning events held in various locations around the county – like Bank of Ireland Portlaoise, the Maldron Hotel in Portlaoise and Bloom HQ in Mountrath.

A Lunch and Learn networking event is taking place this Friday, November 8, in Webmill in Mountmellick when HR expert Sinead Grehan will give a presentation.

Their next morning networking event takes place on Thursday, November 14, from 8am to 9.15am. A venue is to be confirmed.