Brian ‘Bruno’ McCormack was the worthy recipient of ‘Sports Star of the Month’ as he picked up his award in Property Partners Buggy yesterday.

Bruno lifted the Jack Delaney Cup for the 15th time in his career last month as Portlaoise complete a three in a row of Senior Football titles.

The 38-year-old scored three points as ‘The Town’ saw off a stern challenge from first-time finalists Killeshin to claim a 12th Jack Delaney Cup in 13 years at O’Moore Park.

The full forward actually has 16 senior championship medals in his possession when the SHC memento he won in 2004 is taken into account. 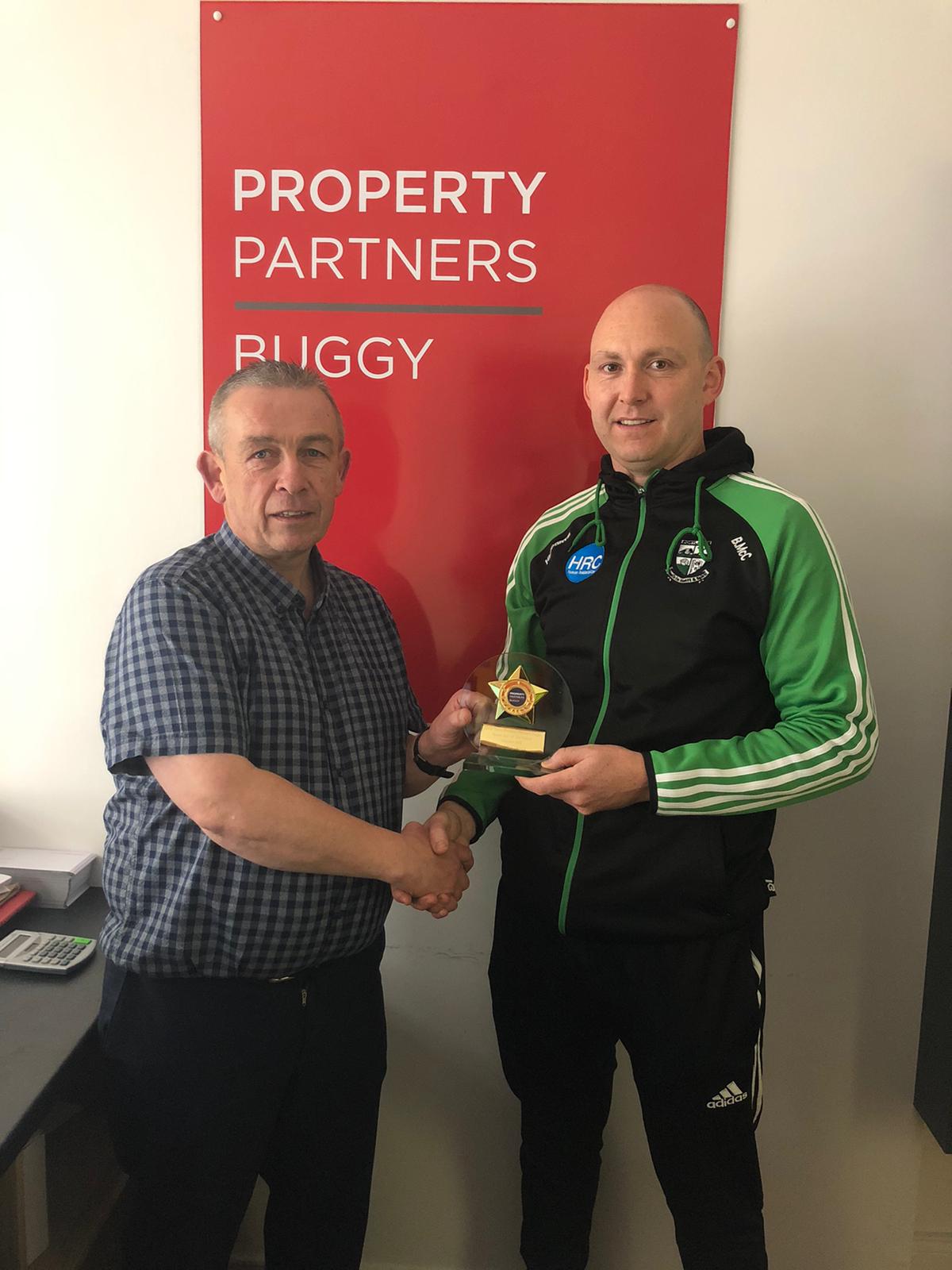 Speaking about this award, Bruno said he was surprised and delighted to receive it.

Bruno said: “It is a bit of a shock really. I thought first it was someone playing a joke on me!

“It is really nice actually and anytime you a recognised for something that you do, be on the playing field or elsewhere, it is always a a nice feeling.”

Bruno is the second ever winner of our monthly award, following in the footsteps of Paralympian swimmer Nicole Turner.