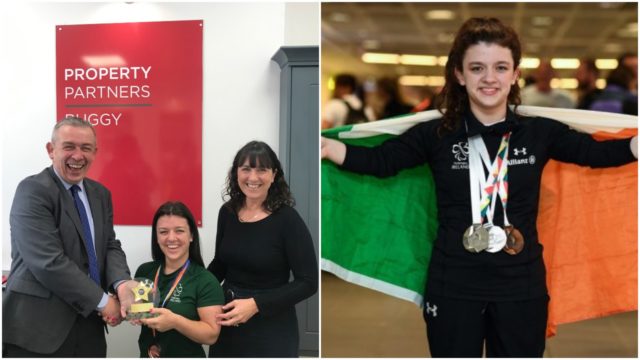 Nicole Turner was the worthy recipient of ‘Sports Star of the Month’ as she picked up her award in Property Partners Buggy last week.

Last month, Nicole claimed a bronze in the 50-metre butterfly S6 at the World Para Swimming Championships in London.

The 17-year-old explained that receiving local awards such as this one shows her just how much her community, town and county are behind her.

Turner won a gold medal in the 50-metre Butterfly Youth final in the World Para Swimming Series in Berlin in June.

Nicole has her sights set on Tokyo where the preparation is under way and we can’t wait to cheer her on.

The medal collection just keeps growing and we are excited to see what she does in the future.