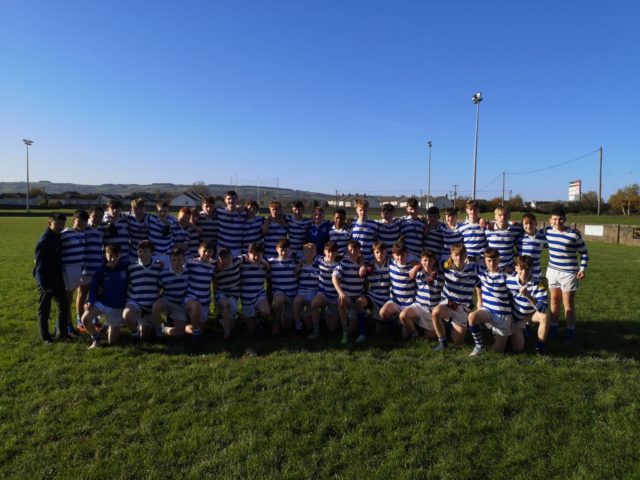 St Joseph’s forward Mikey Murphy was on fire as the Knockbeg 2nd Year team edged out Naas in Graiguecullen this afternoon.

Murphy bagged a hat-trick for Chris Conway’s young side as they advanced to the decider with three points to spare.

This is a brand new competition as the GAA decided to abolish the U-14 grade at schools level this year and replace it with 1st and 2nd Year competitions instead.

Mikey Murphy, Darragh Loughmann and Josh Brady all netted for Knockbeg in the first half as they led 3-4 to 3-3 at half time.

Knockbeg had a goal controversially disallowed for a square ball early in the second half as Naas took the lead for the first time with their fourth goal.

However, Tinryland’s Bobby Doyle was fouled for two penalties after that which Murphy expertly converted to complete his hat-trick.

John Phiri, TJ Nolan and Oran Kirwan also pointed as Knockbeg progressed to the final by 5-8 to 4-8.

This win caps off a brilliant week for Knockbeg as their senior footballers got their Leinster campaign off to a winning start.

They defeated Maynooth by 2-9 to 1-6 and if they can repeat the trick against St Aidan’s in a couple of weeks, they will reach the quarter finals.