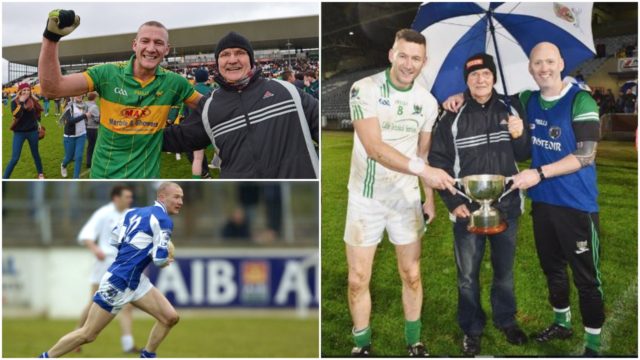 This Saturday, Rosenallis will look to reach their second Leinster football final four years when they take on Mullinavat from Kilkenny in Thomastown.

Paddy Dunne’s charges had a brilliant win away to Fr Manning Gaels in the quarter final two weeks ago and will be back on the road once again this weekend.

Players like Eoin Dunne, Ronan Murray, Cillian Callally and the three C-Fennell brothers have all shone this season but so too has Mark Dunne – brother of manager Paddy.

He was named man of the match in the Laois county final win over Clonaslee in September and kept that good form going in the Leinster game against the Longford champions.

Dunne, who is now 38, has had a simply remarkable career which began in Rosenallis who he played with until he was U-16.

He then transferred to The Rock and played in the senior county final in 1998 which they lost to Stradbally.

In the same year, he was on the Laois minor team that won its third successive Leinster title but lost out on three All-Irelands in a row to Tyrone.

Dunne went travelling in 2003 so he missed Laois’s Leinster championship winning season but returned in 2004 and 2005 to play under Mick O’Dwyer.

In 2010, Dunne transferred from The Rock to Rhode where he won Offaly titles in 2010 and 2012 and also played in a Leinster club final.

He was named Offaly player of the year in 2012 and also represented their county team. 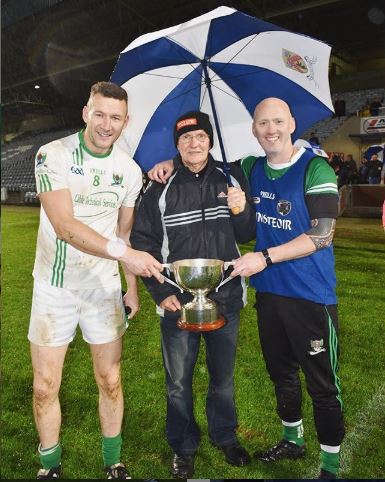 At the official opening of the Mountmellick club house in 2012, Dunne played at centre forward against Laois in an exhibition game.

Mark returned to Rosenallis in 2013 in a coaching capacity and fully transferred back in 2014 where he has been playing ever since.

Speaking ahead of Saturday’s game, manager Paddy Dunne is calling on people in Rosenallis and Laois to get behind his team.

He said: “The support we have received this year from start of championship to now has been an integral part of our success this year.

“The support against Fr Manning Gaels the last day in Longford was brilliant we definitely outnumbered the home support. So again on Saturday were calling on everyone to be out in force in Kilkenny to get us over the line and help us reach try another Leinster final.

“The support and we mention it in the dressing room gives the lads that extra boost and determination that there doing this for the supporters and there families.

“Saturday is going to be very tough physical game so we need all supporters young and old if its your first match to go to this year we need everyone to be apart of this and be our 16th player and get us over the line.”