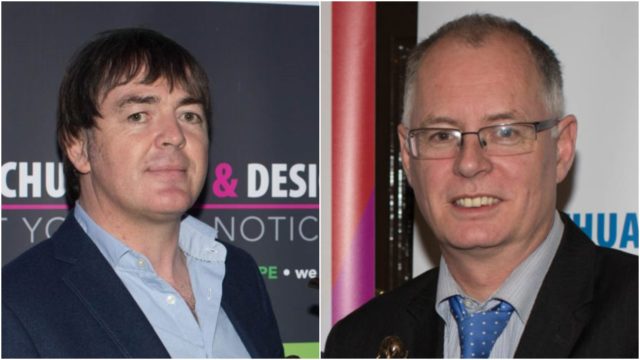 Peter O’Neill will be re-elected unopposed as chairman of Laois GAA at next week’s convention – following the decision of Kieran Leavy to withdraw his name from the contest.

Leavy was nominated for the position and with his five-year term up as assistant treasurer it means he will no longer hold a position on the county executive, something he has done for the last decade.

The Portarlington man went for chairman at 2017 convention following the end of Gerry Kavanagh’s tenure but was beaten by Peter O’Neill on that occasion.

His name had been included as a nominee for the chairman’s role ahead of next Monday’s convention and while he confirmed to LaoisToday that he won’t be contesting on this occasion, he said he “would love a chance to be the chairamn of Laois GAA in the future”.

Peter O’Neill’s five-year term, should he see it out, will finish at the end of 2022.

“I will still be on the finance committee and running the fundraiser at Punchestown and organising sponsorship deals like the Magni group who have signed on for another three years and MW Hire etc,” he said.

“Laois are lucky to be in a great situation we run our games and financial affairs tightly and are the envy of many a county in Ireland. We have two great men like Niall Handy amd Martin Byrne at the helm and are in good hands.

“I hopefully would love a chance to be the chairman of Laois in the future. To be just associated with it is a great honour and everyone that knows me knows how much Laois means to me.

“At the moment Laois is strong in both football and hurling. We have two of the most ambitious young managers in both codes and a Centre of Excellence that is up there if not better than some of the leading Premiership soccer clubs and rugby provinces.

“It’s a great time to be a young Laois player when you see what you are surrounded with and how well you’re been looked after.

“As a Laois man I’m excited my own club won its first hurling title at underage level U-13 shield and our new primary school has got to schools A hurling final the first one since 1981 (when it was in north Offaly).

“The primary school in Portarlington is back in Laois now and our secondary school has entered its first hurling team in a school competition.

“We are going very well at all ages from juvenile to senior football. So it’s an exciting time for me and I’ve a young lad keeping me on my toes.”

“It would be remiss not to remember my former friend and executive member Phil Duggan who died this year and also my clubmen Bill Bolton and Evin Clancy. May they rest in Peace.

“I’d like to wish all the incoming executives the best in their new roles and wish all in Laois GAA a happy Christmas and prosperous new year.

Fondly known by his nickname, Leavy may now no longer have a position on the top table but he has no intention of no longer being involved.

“Shaggy is going nowhere!” he concluded.

Elsewhere, there will be a handful of changes on the executive.

Pat O’Sullivan is departing his role as PRO after two years which will also bring an end to his involvement.

He is set to contest the vacant Leinster GAA PRO position at their convention in the new year and his position as Laois PRO will be taken by Graiguecullen’s Paul Dargan who has been actively involved in the past couple of seasons and will be well-known through his excellent photography work.

Paschal McEvoy and Tom Jones are both finished as Leinster Council delegates. Jones has announced that he is finishing up after a long involvement while McEvoy has been nominated for the vacant assistant treasurer’s position alongside Canice McCarthy from Portarlington.