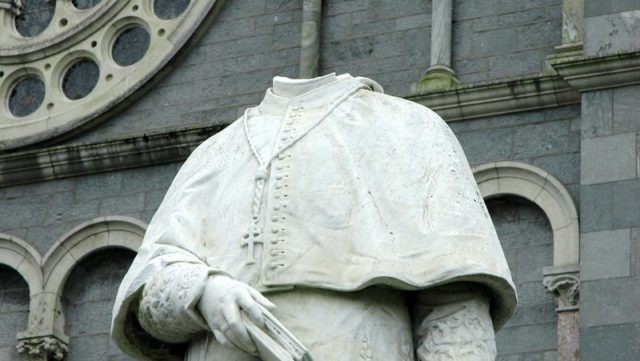 Can anyone help find the statue’s head?

Gardaí in Thurles are renewing their appeal for any information in relation to the criminal damage of a 100-year old statue at the Cathedral of Assumption in Thurles earlier this year.

The statue stands to the front of the Cathedral and the head of the statue was removed.

Gardaí are appealing to any persons who were in the vicinity of the Cathedral between those dates, who noticed anything unusual happening or any details that can assist the investigation to contact Thurles Garda Station on 0504 – 25100, the Garda Confidential Line 1800 666 111 or any Garda Station.

Gardaí investigating the criminal damage to the 14 foot high statue are baffled by the theft and have described it as an act of wanton vandalism.

No motive for the theft has been established.

Responsible for the building of the cathedral, the statue to Archbishop Patrick Leahy (1801 to 1875) stands just metres from the main entrance to the cathedral in Thurles and was placed there in 1911 as tribute to him.

But it has remained surrounded by grey hoarding since it was vandalised. 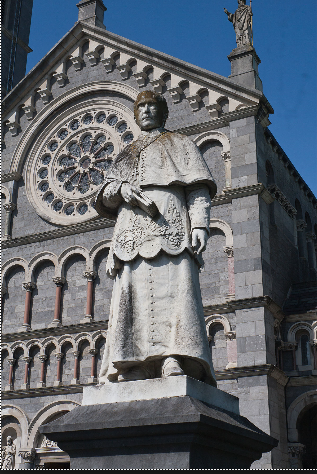