Their project entitled ‘Let’s Look at Ammonia’ received considerable praise from the judges and ultimately proved to be a big winner for the boys and their school.

They will now go on to represent the school at the All Ireland Finals to be held in Maynooth University at the end of January.

Seamus and David were among 250 students from 77 schools exhibiting at IT Blanchardstown and the standard of competition was extremely high.

This year, nearly 8,000 students across 18 counties took part in the competition.

The project qualified from the school exhibition last October and the boys have worked extremely hard since then to bring it to the next level.

The project focuses on excessive ammonia levels in the air as a result of intensive farming and slurry spreading in particular.

Seamus said: “Agriculture accounts for 98% of ammonia emissions in Ireland.

“It was identified as an issue in 2013 but since the abolition of milk quotas in 2015 and the huge increase in the national dairy herd, it has become an even bigger problem.

“We are farmers, scientists and environmentalists too. We want to help resolve this issue”.

“This method of spreading releases the slurry as a spray and ammonia gas escapes into the atmosphere.

“Splash plates are banned in Germany and Holland but unfortunately most slurry in Ireland is spread this way.

“There are alternative low emission methods that farmers can use and the government must enforce these methods.”

The pair are in the process of testing atmospheric ammonia levels (ammonia in the air) on Seamus’ farm.

They are going to do this during slurry spreading season and in the ‘off season’ to highlight the effect the slurry has on air quality”.

Throughout the project the boys have had correspondence with the Soil Science Department in UCD, Teagasc and even received a letter from the Minister for Agriculture and the Marine on Wednesday morning.

“It was great to get a letter from the minister” said Seamus.

“We gave him a number of recommendations from our project and he said he would need to consider them if we are to meet our 2030 emissions targets.”

David also explained how they “received an invitation from Dr. Dominika Krol in Teagasc to go down to Johnstown Castle in Wexford and help her with ammonia trials she will be doing in early 2020. We can’t wait to go”.

This latest win continues the success that the school has enjoyed in the competition in recent years.

For the sixth year in succession, the school has reached the All Ireland final and were crowned All Ireland winners in 2015 and 2016, All Ireland Runners Up in 2018 and 2019 as well as picking up a Highly Commended award in 2017.

All roads now lead to Maynooth where Seamus and David will once again try to ‘wow’ the judges with their passion for agriculture and science.

The Intel Mini Scientist competition, now in its thirteenth year, gives young students the chance to explore science through project based learning and exhibitions.

The first phase of the program involves students participating at exhibitions in their own schools which are visited by Intel employees who judge the first round of exhibitions and select from each school a winning project to go forward to a regional final. 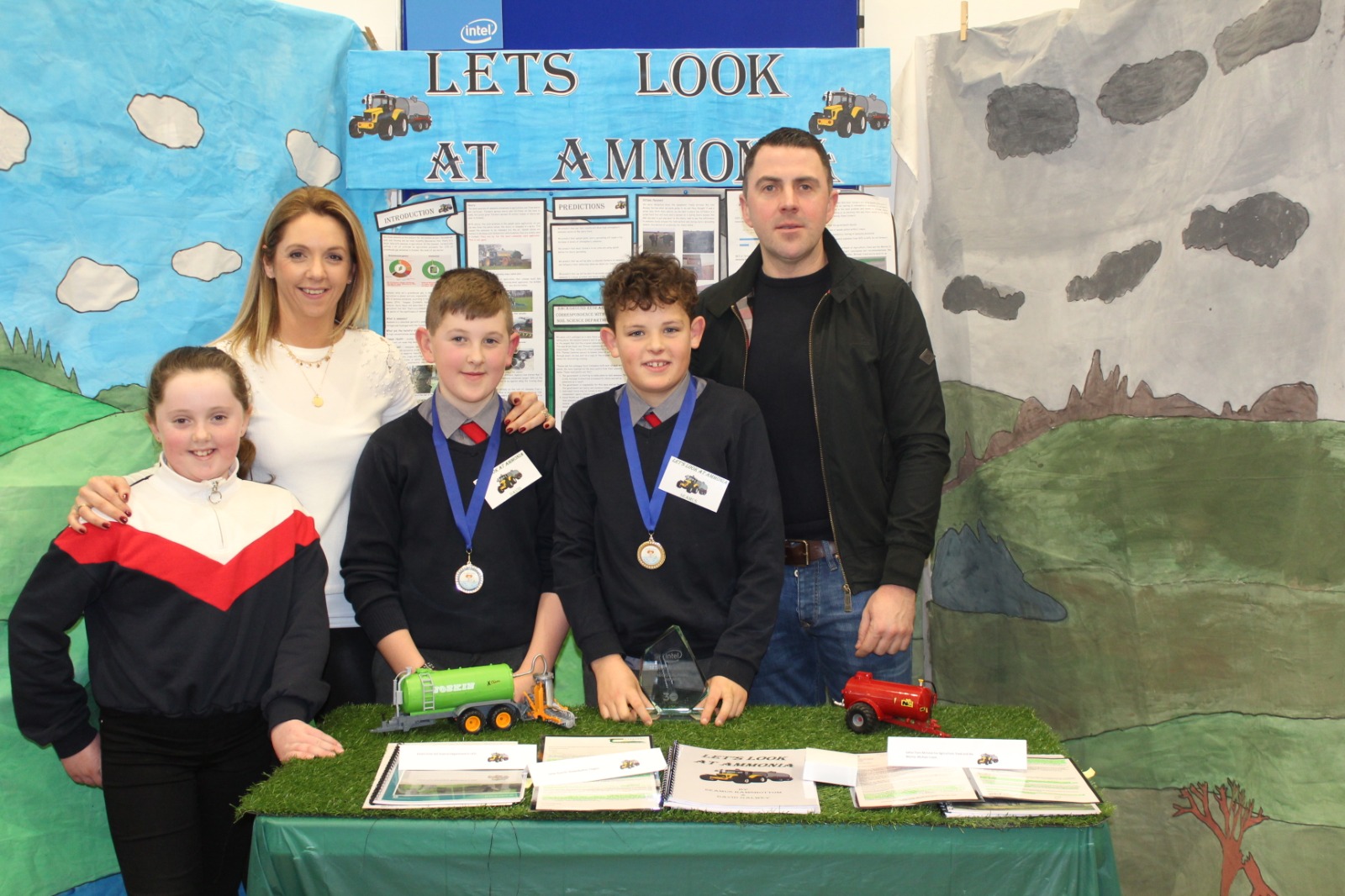 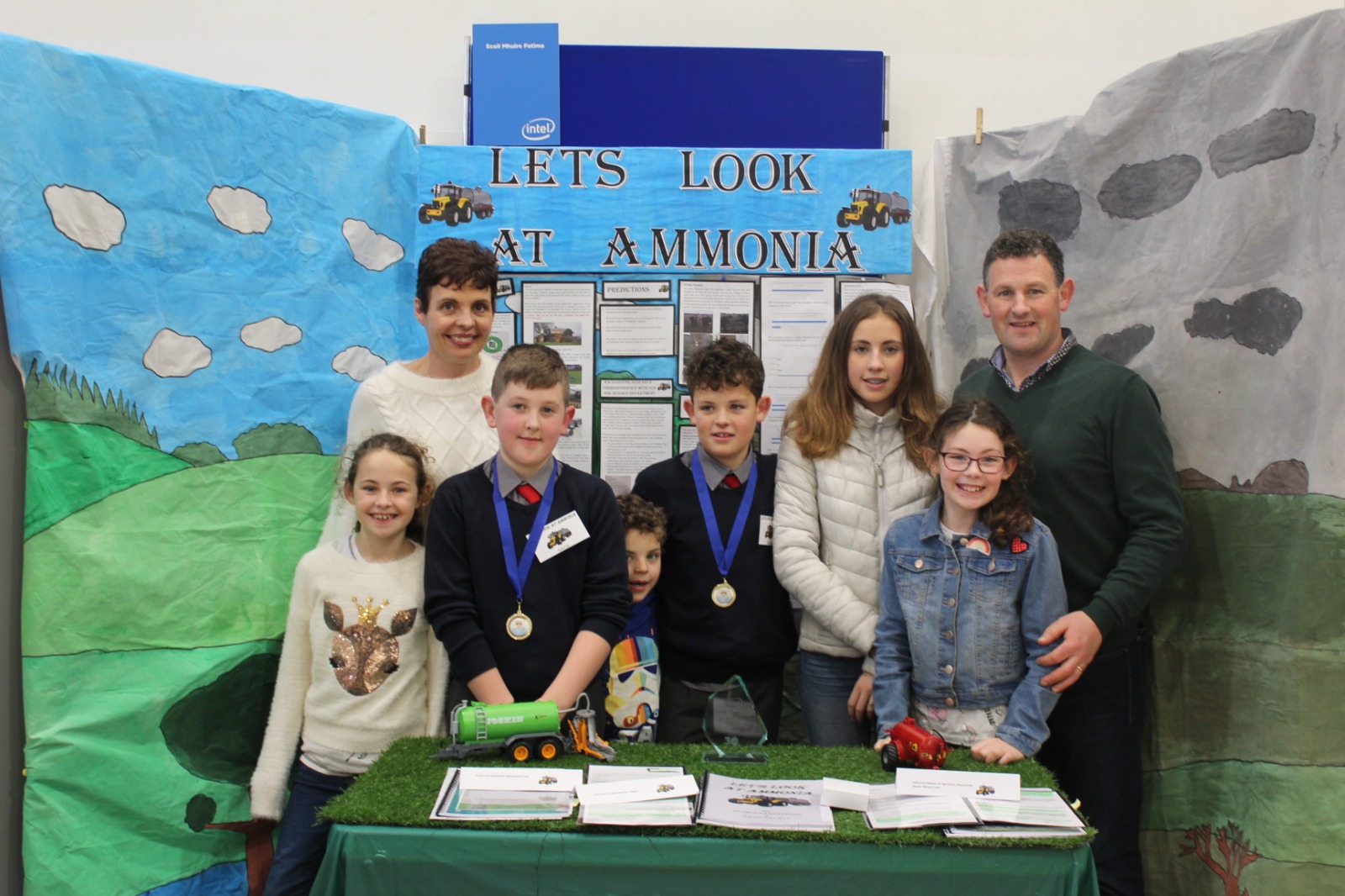