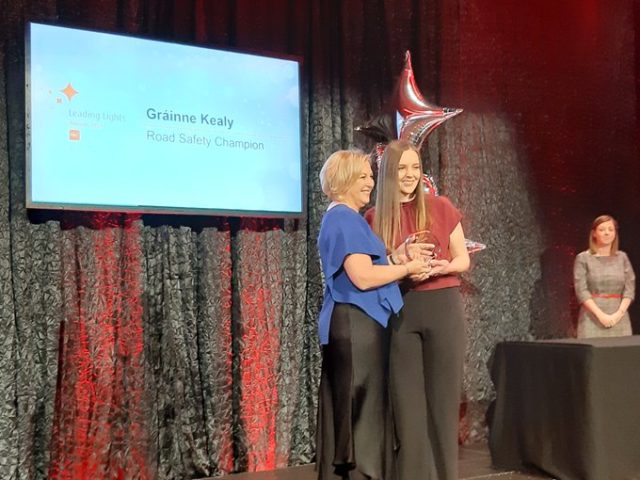 A Laois woman who was involved in a horrific accident has been awarded with two Road Safety Awards.

The awards honour the efforts of individuals and groups who promote road safety at national and community level.

Back in 2006, Grainne was involved in a horrific accident when she was the passenger in jeep.

She had been resting her feet on the dashboard when the jeep skidded on black ice and hit a wall.

The airbag was deployed, and her knees hit her in the face as a result.

Speaking to BreakingNews.ie yesterday, Grainne recalled how she broke every bone in her face and has required 16 operations since the crash.

She said: “I broke every bone in my face, I had a leak from my brain and then there was two teeth – my front and the one beside it – they were gone.”

Ever since the accident, Grainne worked with gardaí in Thurles to raise awareness of the dangers of placing your feet on the dashboard.