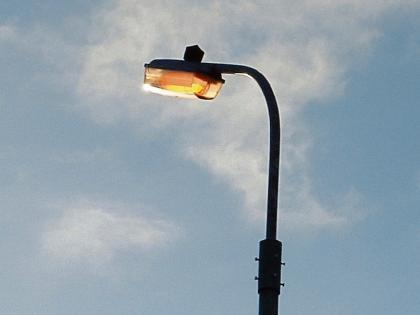 A Laois County Councillor has said that he has had more queries for lighting in rural areas than anything else this winter.

Cllr Conor Bergin was calling for Laois County Council for a public light at St Canice’s Terrace in Borris-in-Ossory at the recent Borris-in-Ossory/Mountmellick Municipal District.

“”I’ve had more issues about rural lighting than anything else,” said the councillor.

In reference to the light needed in Borris-in-Ossory, he said there is a pole there but no light on it.

“It’s a lonely looking pole,” he joked to which his colleague Cllr John King agreed.

“A pole without a light is a sorry sight,” said Cllr King.

Cllr Bergin also raised the issue of flooding at Longford Lane in Camross.

“There are a number of residents effected and they shouldn’t have to be living in fear of flooding,” said Cllr Bergin, who also addressed concerns over surface water at Springmount, Shanahoe.

“It would provide some relief to the area if something was done.”

Cllr Bergin also said that Shanahoe is now in the Borris-in-Ossory/Mountmellick district having previously been in Portlaoise and residents are keen that the issue is addressed.

Indeed another motion in relation to Shanahoe was also brought forward by Cllr Ollie Clooney.

He called for the footpath to be extended opposite the church to the graveyard.

“There used to be an old path there but nothing but grass now,” said Cllr Clooney.

“Shanahoe is a busy village and there is considerable space and need for a path,” added Cllr Bergin.