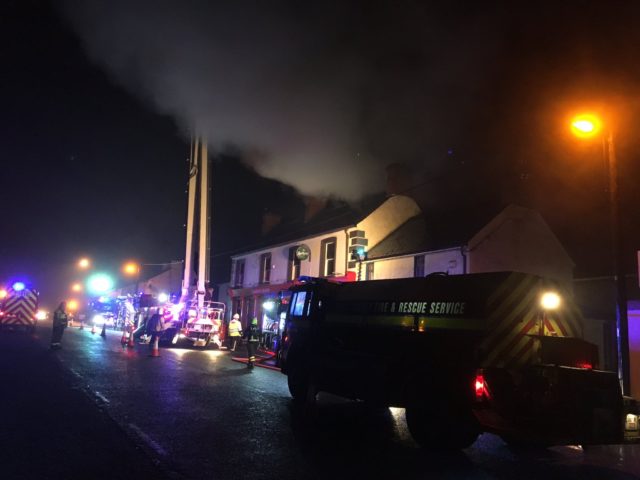 This fire back in January 2019 caused a lot of damage.

A well-known Laois pub has been extensively damaged by a fire in the early hours of this morning.

Emergency services attended a fire at Caoch O’Leary’s in Ballacolla – with fire crews from Durrow, Abbeyleix, Rathdowney and Portlaoise all attending the scene at about 5am.

They were at the scene for a number of hours and only left after 11am.

There have been no reports of injuries but according to Laois Fire and Rescue services, the blaze caused extensive damage to the pub.

“The fire alarm alerted the occupants and they got out in time but there is considerable damage to the property,” said a contact in Laois Fire and Rescue Services.

“Thankfully nobody was injured and it’s a good example of fire alarms working,” he added.

The road through the village was closed for a number of hours but has since been reopened.

Caoch O’Leary’s has been run in recent times by Anthony Kirwan and would have strong custom from the Ballacolla and Shanahoe areas.