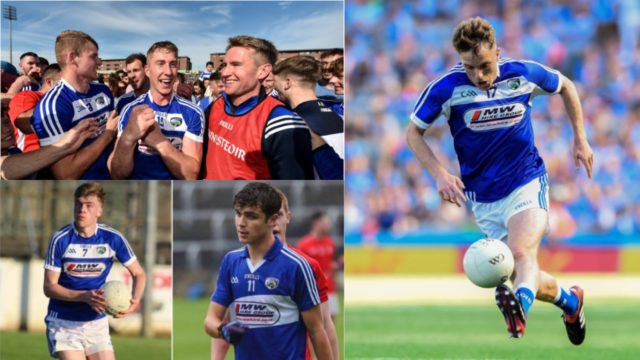 There is a busy weekend in store for multiple county squads as they play their first games of 2020.

The senior and U-20 footballers are away in their opening games of the year while the senior hurlers are at home in Borris-in-Ossory.

We have all the details below if you’re looking to get out and get supporting!

The Laois footballers are back in action on Saturday in Round 3 of the O’Byrne Cup where they’ll be hoping to add to their winning ways after they overcame Wexford by a point after Mark Barry popped over the winning free.

This win followed a defeat to Offaly in Round 1 but this team will be looking to make it two from three wins on Saturday.

Speaking before Christmas, manager Mike Quirke was positive in his side and the improvements they’ve been making over the last two games and believes they are a lot of positive aspects on the squad.

They’ll be looking towards leaders such as Ross Munnelly, John O’Loughlin, Paddy O’Sullivan, Mark Barry and Colm Murphy, to name a few, who made big impacts in the first two rounds while they also await the return of Portlaoise players.

The U-20 footballers will take on their first round of the John Kerins Cup which is certainly top tier as it also includes Dublin, Meath, Kildare, Galway, Cork and Kerry.

Earlier on in the week, manager Eddie Kinsella named Portarlington’s Ronan Coffey as the team captain with Courtwood’s Sean O’Flynn named as vice-captain.

Both played a huge role in the 2019 U-20 team which advanced to the Leinster final where they lost out to Dublin.

Also returning from last year’s squad are Matthew Byron, Michael Dowling, Alex Mohan, Dean Brophy and Colin Slevin while Mark Barry and Sean O’Flynn are likely to play with the senior footballers earlier in the day.

They play in Group 1 this weekend alongside Dublin and Meath while Kerry play Cork in Group 2 and Galway receive a bye.

They will play two more Rounds throughout January and if they top the group, they will advance to the final on January 25.

The senior hurlers are hoping to replicate their firs Walsh Cup win of the season over Carlow before Christmas after a superb game.

While their Round 1 game against Dublin was postponed, they’ll welcome Westmeath on Sunday with the hopes of adding another win.

Camross’ Eoin Gaughan played a huge role on frees against Carlow while Aaron Bergin and Ronan Murray also stepped up with 1-2 each and will be hoping to do the same this weekend.

With Eanna Lyons and Mark Kavanagh out through injury, the likes of Cha Dwyer, Ben Conroy, Stephen ‘Picky’ Maher, Lorcan Burke, Andrew Mortimer and Mark Dowling all opted out of the panel for the season.

Manager, Eddie Brennan assured there were plenty of fresh faces to make a difference.

Among the new players involved are Ciaran McEvoy and Frank Flanagan from Portlaoise, Ronan Broderick and Diarmuid Conway from Clough-Ballacolla, Clonaslee’s Liam Senior, Fiachra C Fennell from Rosenallis and Paul Simms from Ballinakill.